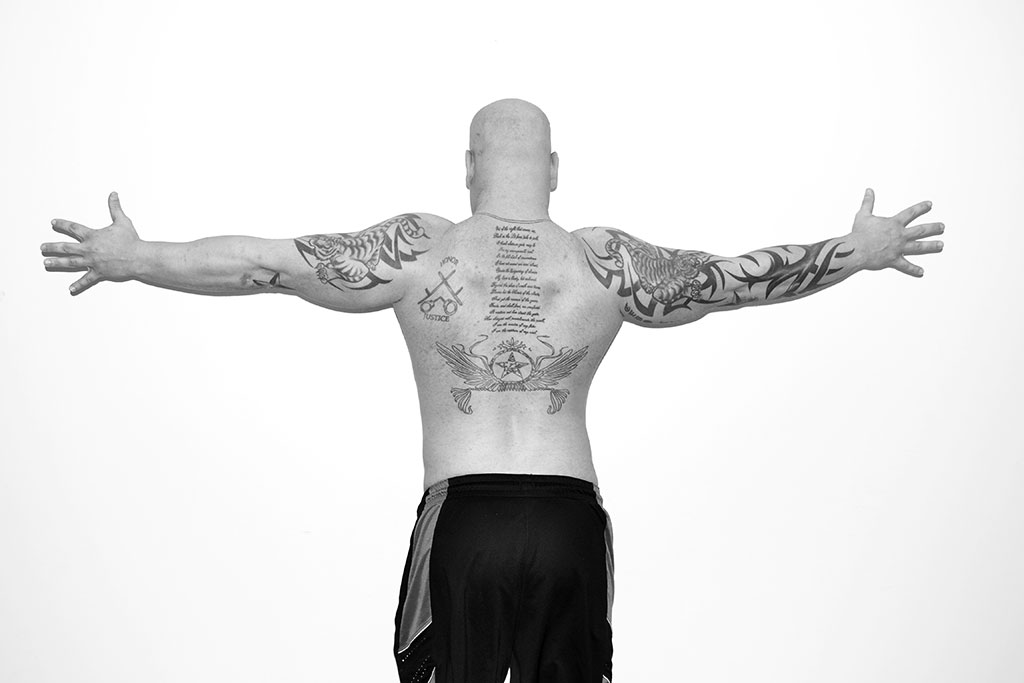 Although tattoos still hold a certain stigma, today’s generation is much more comprehensive of this form of body art.

“My arm says ‘Love is louder’ so I think even that is easily accepted,” said Stephanie Wackid, a student in the esthetician program. “Employers will ask what my tattoos are and they accept them saying ‘at least it’s not a naked girl or skull or something distasteful’. I have five tattoos, and so far employers have given me a harder time about my lip piercings than anything else.”

Students in business, photography, public relations, police foundations and even stay-at-home moms have come together to celebrate the expression of life through their tattoos.

“I think it’s a great way to make people see how you are inside and what you’ve been through in life,” said Natacha Dubois, graduate of the photography program. “Some employers don’t like graphic illustrations or illustrations that showcase pain, but sometimes we have to acknowledge that everyone’s life isn’t a walk in the park. Some of us have been through hell and our tattoos demonstrate the ugly things we lived. I don’t think we should be judged for that.”

Even if tattoos have become less representative of criminal history, many employers remain skeptical about the hidden message behind them.

They are quite selective on which tattoos are acceptable in the workplace and make their decisions upon the tattoo’s content, position and size which can be interpreted as a form of discrimination for some individuals.

“If you have a flower or something they might think of you as a sweet and delicate person compared to say a sword, which would be perceived as something more aggressive. It might reflect a part of you that we can’t see. Employers fear the unknown and won’t take the chance of an unexpected outcome,” said Dubois.

In certain cases, a tattoo can attribute to whether or not you get employed. Businesses must stay attentive to the needs of their clientele and are careful to respect different beliefs. They must take serious precautions to where the boundary must be set for employment, especially to respect the views of different ethnic groups, elders and young children.

“None of my tattoos are particularly offensive,” said Cassy Jones, student in the esthetician program and a stay-at-home mom. “However, the workplace thinks that older people will be offended of the connotation that these specific symbols held at a different time and place. Their customers could react negatively and my employers wouldn’t want it to reflect badly on their business.”

“I understand why they are doing it. I just hate that they’d hire me over someone that’s equally qualified but has a skull on his arm, just because someone might think it’s distasteful,” said Wackid.

Several industries have different variations to what is deemed to be acceptable. Some people will face rejection by their employers and other employers will embrace the unique element that a tattoo brings to a worker.

This conflict may not be completely resolved but we have taken a step forward.

“No matter what, I think there will always be people in the world who will judge you,” said Danielle Léonard, student in the business program. “We’ve come a long way and now our society has become more accepting of tattoos. Meanwhile, we (people with tattoos) just have to do that extra effort to gain our employer’s trust. We already revoked some of their policies, what else is there really left to do?”