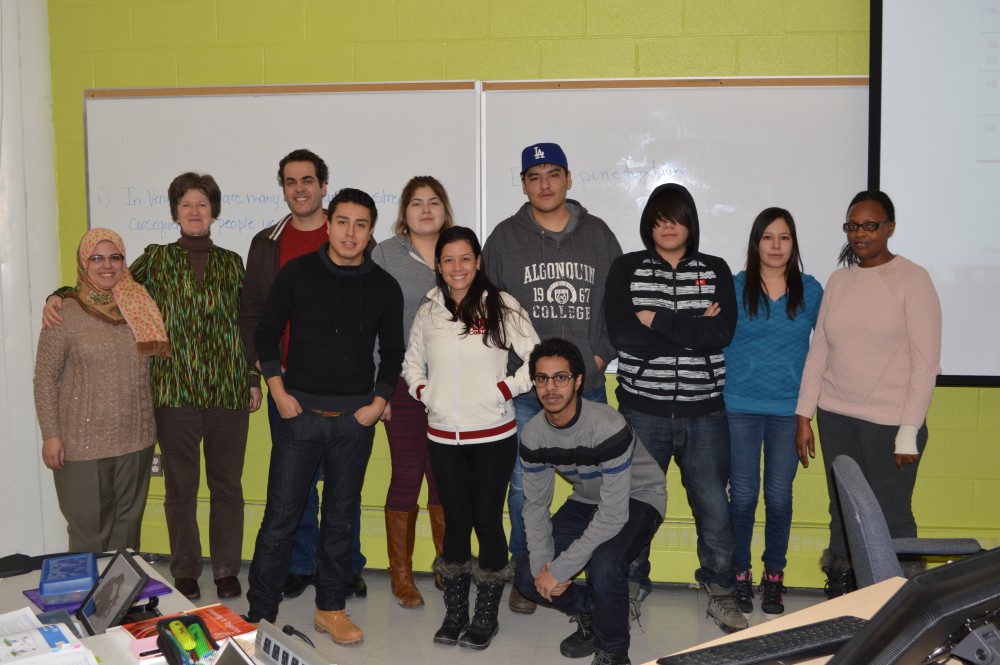 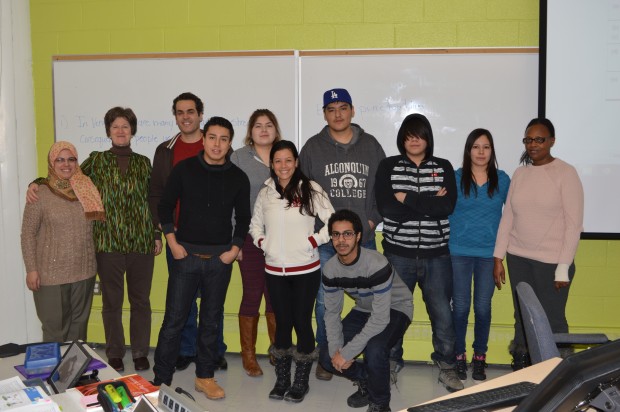 Whether it’s asking for directions, listening to lectures, tuning in to the radio or trying to hold a conversation, being a non-English speaker in Ottawa is rough.

The English for academic purposes class at Algonquin has students from 14 different regions in one class, ranging from Japan to Mexico to Rwanda and even northern Quebec.

Alan Zapata, 26, has lived in Ottawa for two years and is planning to take a marketing course at Algonquin once he’s done the class. Zapata is originally from Mexico City.

When asked why the English for academic purposes course was important, people in the class said it was essential to improve their lives in Ottawa, especially as foreigners.

Charlotte Umutoni, originally from the Republic of Rwanda, is a French speaker who says life can be difficult in Ottawa sometimes.

“I like Ottawa,” said Umutoni. “But it’s tough to find a job without English.”

Jessica Kitchen, 24, has lived in the Ottawa-Gatineau area for almost eight months. Kitchen is First Nations Cree from Waswanipi in northern Québec.

“I like living here,” said Kitchen. “But I don’t go out too much. Which is fine because I live in a quiet neighbourhood anyway.”

Hamed Badapar, a student who is planning to enter the field of medicine, said he had trouble one of the first days in Ottawa trying to get around.

When asking for directions, Badapar said people would speak too fast and use too much slang, consequently confusing him. When they would ask him if he understood, he would nod and say yes because he felt embarrassed to ask twice. In fact, he had no idea where to go or what anything was.

“But one guy talked to me,” said Badapar. “He took his time and told me everything I needed to know. He was really nice. It made me feel welcomed.”