I’ll have the brownies, and a beer with that 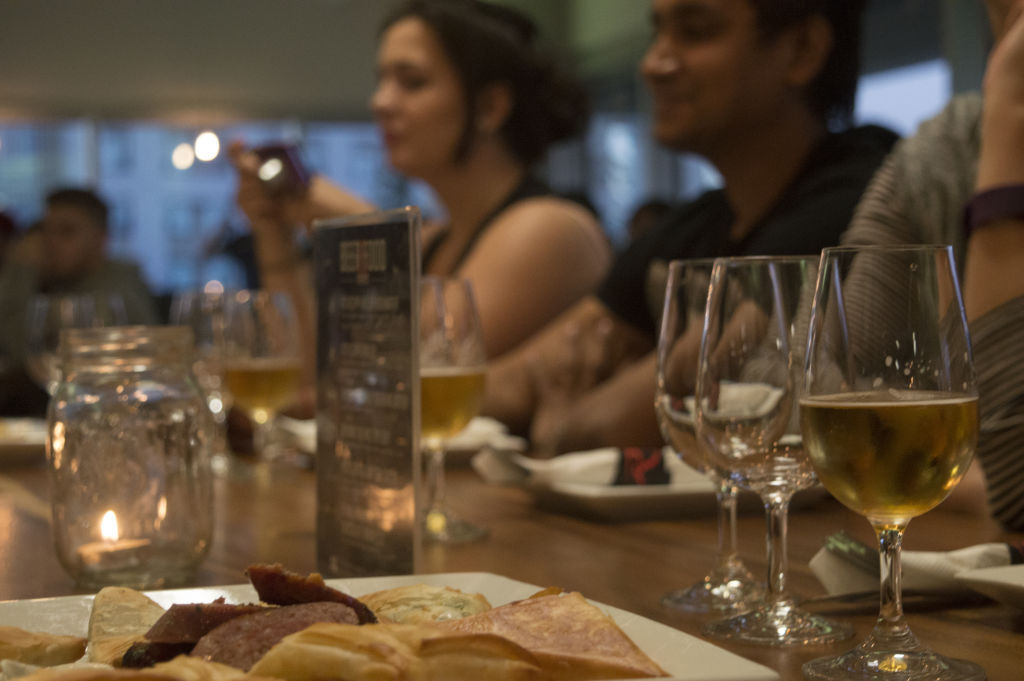 Not every professor will encourage their students to start drinking at 9:30 in the morning, but for Geoffrey Skeggs, coordinator of the sommelier program, it’s all part of the curriculum.

Thirty-six students took part in a beer and food pairing workshop held at the college on Sept. 22 in the AC Hub, dressed up like a restaurant and decked out in hanging lights.

The first course was served a little after 7 p.m., just as the sun set, creating a romantic atmosphere. Skeggs, however, might not have thought the timing was ideal.

“I’m always trying to get my students drinking earlier,” he said.

“They say your palate is best earlier in the day.”

Four beers by local breweries were featured, and another two from other Ontario cities.

Events officer at the Hub Ben Dinh organized the pairing workshop. He said that when he asks students what they’re interested in, they often mention different kinds of foods and craft beer.

“We’re not trying to encourage drinking, but we want students to have a good experience,” said Dinh.

A student of the HVAC program, Noah Graham, was excited to try a few new beers, and was appreciative that the event was free for students.

“I think some people were clever enough to use this as a cheap date,” said Graham.

Skeggs introduced each of the six beers, a Helles lager, a radler, a bitter, a rye pale ale, a Belgian saison, and a chocolate imperial stout, that were paired with food supplied by Chances R.

The food ranged from Greek sausage and spring rolls to Deep Dutch brownies.