First-years have mixed reactions on orientation 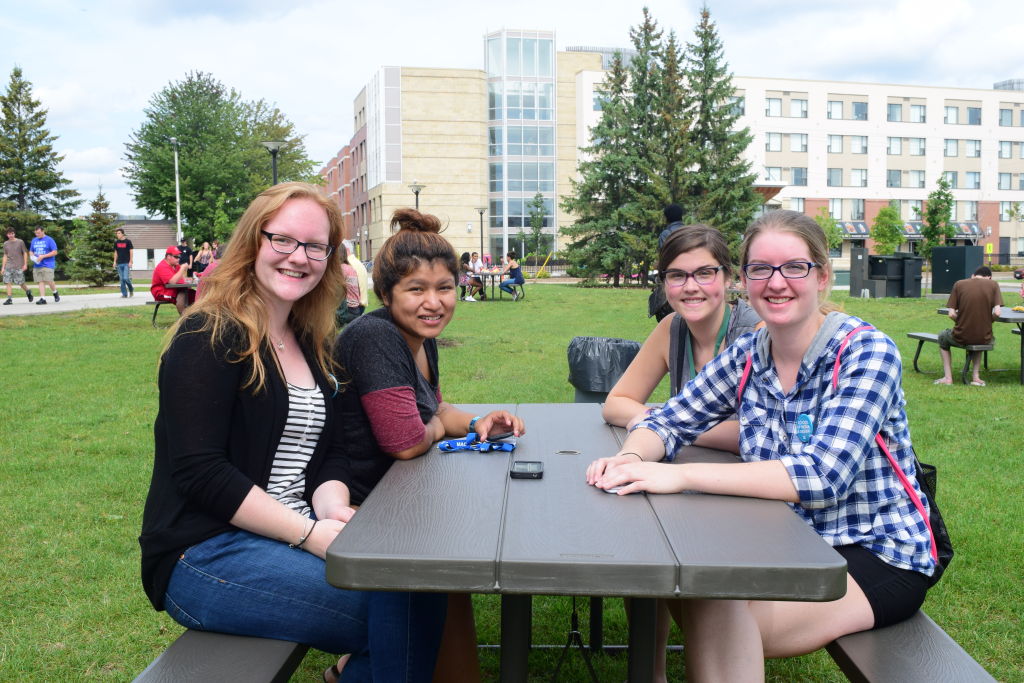 Classes were suspended on Sept. 8 so that Algonquin could host an orientation day for new students.

First-year students filled Algonquin’s Woodroffe campus. In previous years, students would meet with their teachers and class as part of their orientation. This year’s students were given a chance to roam the campus freely instead with varying degrees of satisfaction.

“Orientation was good,” said Kati Rehak a first-year hairstyling student. “There were a lot of people but it was still organized,” said Rehak.

“I found it was easier to meet the teachers and go through the aspects of the course in a class setting,” said Rehak. She found this better than meeting all her classmates at orientation.

“Putting people on the spot to meet each other would have been awkward for me. I’d rather meet them in my class,” she said. “I enjoyed being able to go around the college by myself to find all my classes.”

Overall she found the event useful. This wasn’t the case for all students however.

“I would have preferred to have met my fellow students and my teacher,” said Cynthia Geekie, first-year baking and pastry arts student.

“I thought orientation would show us where our classes were,” said Nicholas Briesbois, first-year massage therapy student.

He would have preferred that students from each class be shown their classrooms.

“I would show them around the campus and I would inform students of what they can do and/or see on campus,” he said when asked what he would have done if he had organized orientation.

There was also criticism from some faculty who felt the day put their lesson plans behind.