Connecting with a career 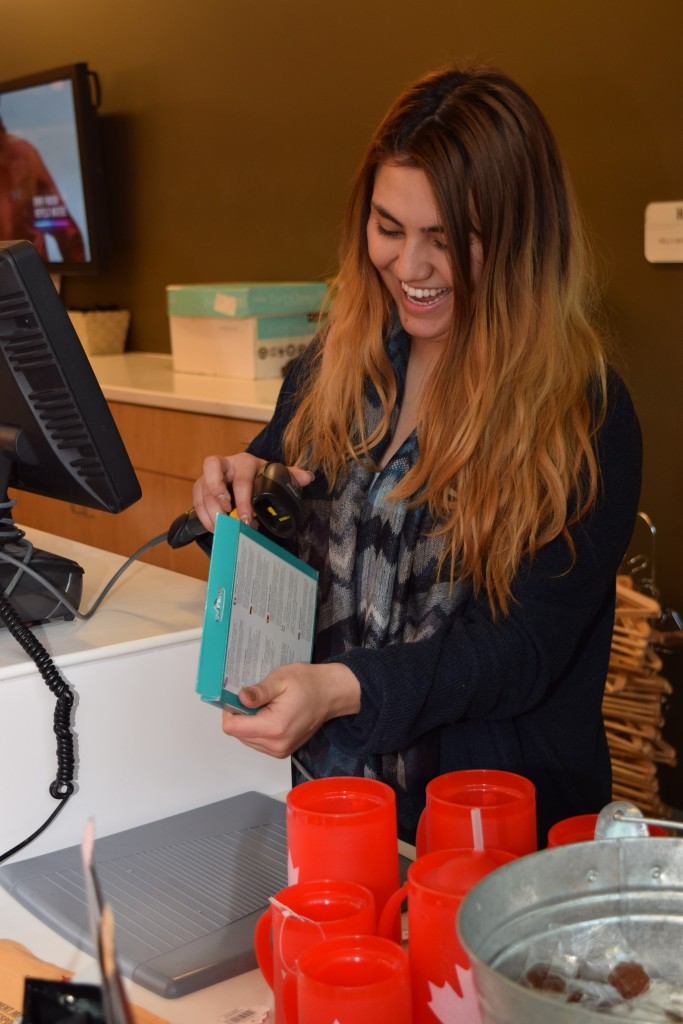 For Alicia Willmott, a second-year business administration accounting student, working at Connections bookstore fits around her schedule and also relates to what she does in class.

She has worked at The Tea Shoppe for over a year and is trying to get more involved with accounting for the store.

“That’s what I like about Algonquin,” said Willmott. “They want you to pursue your career. They love when you find what your field is and they like your success.”

Nicole Triana, a 2014 graduate of the interior decorating program and international student from Colombia, is also doing work linked to her program at Connections.

“I do a lot of the visual merchandising here,” said Triana. “If we have any promotions I’ll make the posters.”

Triana started working at Connections for her field placement last year and has been there since.

Triana said that she is waiting on her work permit and in the meantime can only work on campus.

To find employees the store advertises on Kijiji and at a meet and greet held in August for new students. They also put posters up around the school.

Ashish Talwar, Connections supervisor and senior sales associate, said that they then review resumès, arrange 60-75 interviews and then hire the most qualified people.

“We base it on the real world because we’re a real business,” said Talwar.