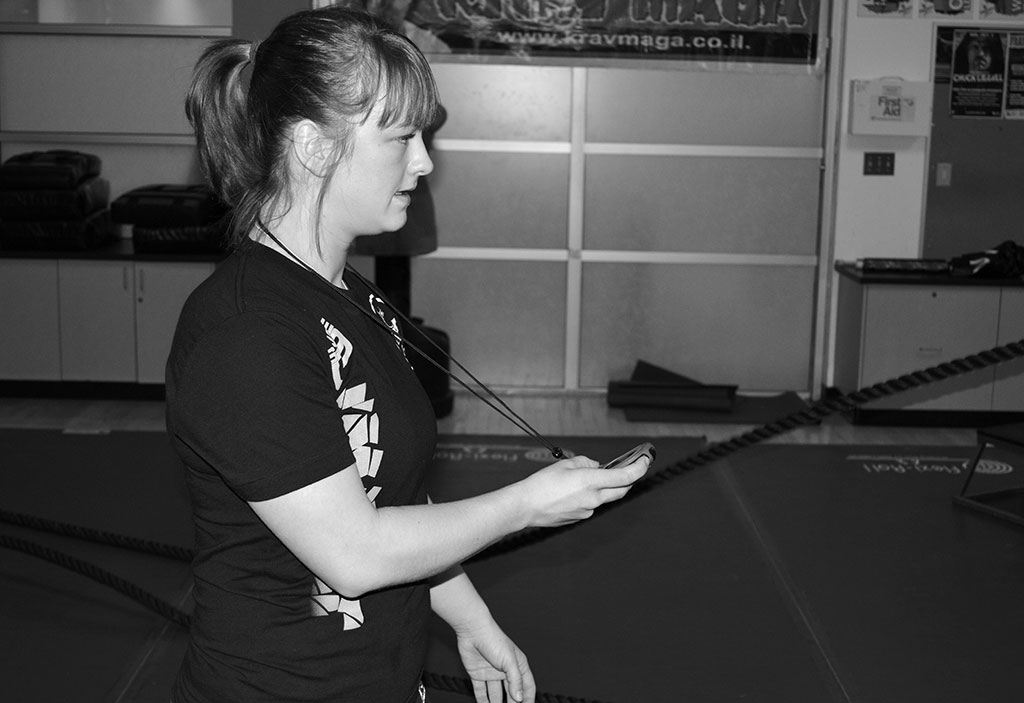 A different way to exercise is at the center of a unique training program offered by an Algonquin fitness and health promotion graduate.

Interval circuit training with Tiffany Reed, 24, offers a wide range of strength based exercises and professional training every Tuesday and Thursday in the Fitness Zone.

The class offers a full-body workout based on compound movements, where participants move multiple joints at once.

The point of the class is to keep the heart rate up, by spending 30 seconds on one machine and quickly moving to the next. This method of exercise benefits your cardiovascular system.

“The class is adaptive to all levels of fitness, I cater to anyone that participates,” said Reed.

She has been a personal trainer for about one year and started the class last February while she was a student at Algonquin. Since then, Reed has gained a following, which mostly returned when she resumed her class, this January.

“As far as I know people are satisfied. There are limitations, though, with the space offered,” said Reed.

Vicki Smart has been taking Reed’s classes since last summer and had nothing but good things to say.

“It’s great. She gives us what we can handle; as little or as much as we want. She shows us different strategies and pushes us when needed,” said Smart.

There have been few complaints, and all minor. Changes have been made as a result of the feedback from participants. Reed structures the class the best she can based on the circumstances.

“I can’t think of anything I would change. I’m getting out of it what I want,” said Smart.

There are less people in the New Year than Reed anticipated but she’s expecting it to pick up in the coming months as people hear about it. Depending on who’s interested, Reed may or may no.t continue the class after February.

Whether Reed’s interval circuit training interests you or not there are always classes starting up in the Fitness Zone. Shannon Campeau’s boot camp is starting up, which has been offered at the Fitness Zone for the past five years, offers a mixture of functional exercises using a variety of tools and equipment.

“That would definitely warrant a shower,” said Smart smiling, when asked if she was planning on attending Campeau’s boot camp