Algonquin smashes it up 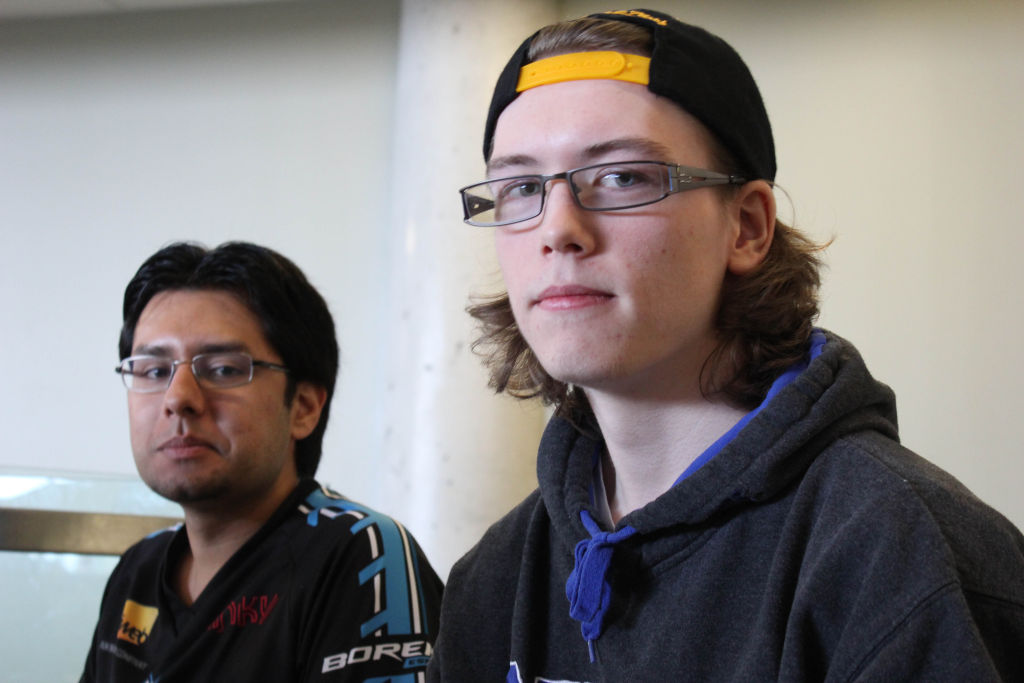 There was no home field advantage for Ottawa gamers as first and second place in the Smash Bros Wii U portion of the Algonquin video game club’s Second Impact tournament went to Montreal smashers.

The college’s video game club hosted their Super Gonq Battles: Second Impact fighting game tournament on Saturday, Oct. 17 and Algonquin is establishing itself as a hub of the Ottawa Fighting Game scene.

As is a growing trend with modern fighting game tournaments, Super Smash Bros. was center stage with more setups than any other game. The Smash tournament was a big attraction for Second Impact and drew in players such as Montreal’s top ranked player HolyNightmare and current Ottawa hotshot JPeds.

JPeds -real name Jordan Pedlar- is a St. Peter highschooler who burst onto the Ottawa Smash scene at the Echo tournament which took place in July where he finished in first place. He then grew into a top contender by placing first in several of the Monday Night Mayhem events hosted by 613 Smash at Funhaven.

Participants began to arrive around 10AM and started pairing up for warm up matches of tournament staple titles like Super Smash Bros. Wii U, Ultra Street Fighter IV, Guilty Gear XRD -SIGN-, and Ultimate Marvel Vs Capcom 3.

The event wasn’t just high-profile games as lesser known titles like Dengeki Bunko: Fighting Climax and Rivals of Aether also had their own set ups.

With two top level Smash players in attendance, the Second Impact Smash pools were set to be quite exciting. JPeds was anticipating a potential match up with HolyNightmare and revealed that this would not be their first meeting.

“I played him before, he came to one of our weeklys and that’s the first time I lost at that. He beat me and I want to get my revenge today. I’ll try my hardest,” said Jpeds, “I watched our games that we had again and I got overwhelmed too much. He was always in my face. I’ve got to create space more and go for my chances whenever I can because he doesn’t make mistakes.”

Unfortunately, JPeds did not get a chance to face his rival as he dropped a set in the double elimination tournament, forcing him out of HolyNightmare’s bracket. He achieved victory in the new bracket to come third place overall while HolyNightmare and fellow Montrealer Venom came first and second respectively.

JPeds is undeterred by this and as of the following Monday, only two days later, was back at Funhaven participating in weeklys keeping his skills sharp for his next chance at Montreal’s finest.

Anyone interested in watching Ottawa’s competitive Smash community should tune into 613Smash’s Monday and Friday Night streams on www.twitch.tv/613Smash.