SuzyQ doughnuts in The Tea Shoppe 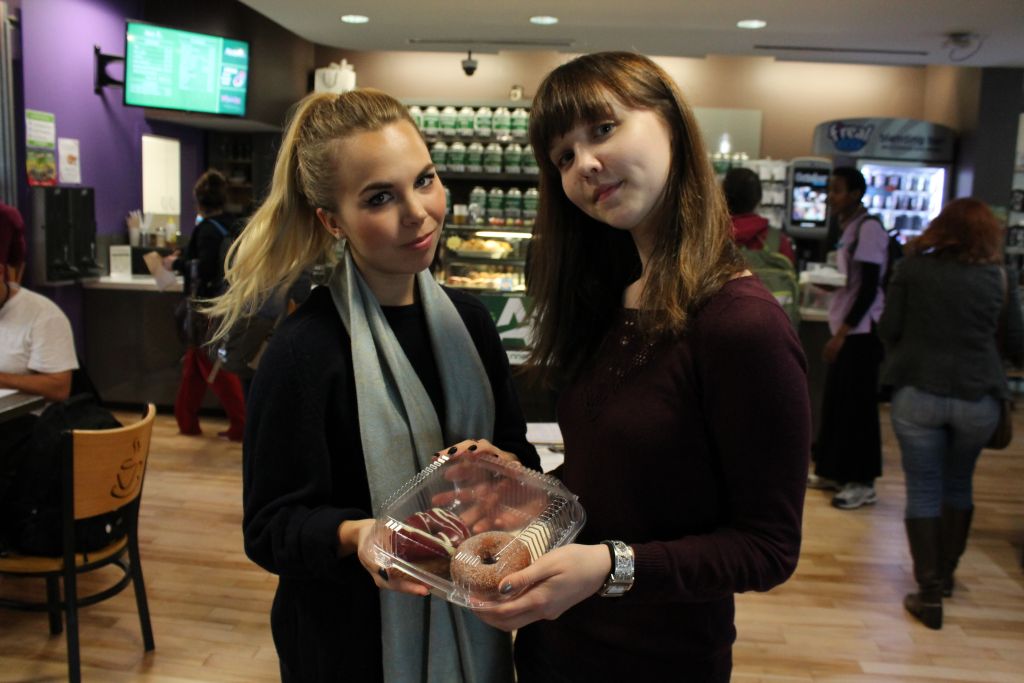 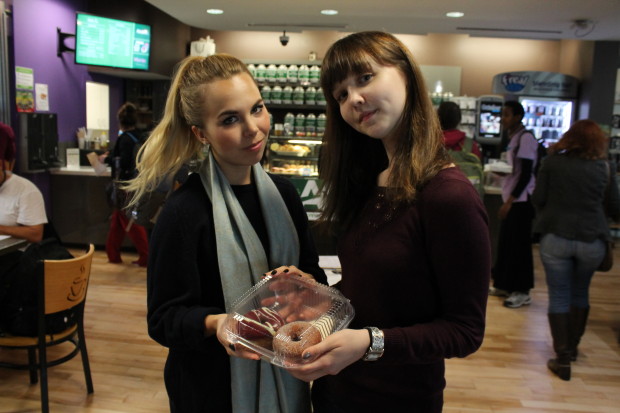 A merger deal with Algonquin gained a local company new business, spawning from The Tea Shoppe in Connections bookstore.

SuzyQ Doughnuts has exploded in popularity after a rep from the shop contacted the college and set up a deal to supply their treats from there. After the partnership proved to be beneficial to both parties, it has continued to grow.

“We started with two dozen originally, but that wasn’t enough,” said Ashish Talwar, senior retail clerk at Connections. “So we upped it to four dozen and they were gone by noon, and now we get five dozen which lasts until about three o’clock.”

Talwar hopes that the amount ordered in each day will continue to rise, and with new students coming everyday he feels like the rush of business will stay.

“It’s really convenient to be able get them at the school,” said Leanne Lousin, first year public relations student. “It’s good to support local rather than going to chain restaurants, its way better quality.”

Just one week after seeing the success of pairing with a school, the company also reached out to Carleton University to sell their doughnuts at the Rooster Coffeehouse on campus.

“I think students like the whole hipster part of our company, you can get something really unique and there’s nothing else really like it in Ottawa,” stated Danica Guibord, head pastry chef for SuzyQ Doughnuts.

Located in a small white shack in Hintonburg, the baked goods company started in 2012 and has since caught a lot of attention for its individuality.

“I’ve been to the actual location of the store, and it had a really cute vibe,” stated Marley Lewington, first year public relations student. “You know its fresh made as soon as you walk in because you can smell it.”

Created from a recipe handed down from the store owner’s mother, each donut is rolled fresh daily and then topped off with a crazy combination of flavourful toppings.

“We are constantly coming up with flavour ideas for the owner, and trying to revamp the menu,” said Guibord. “Sometimes we try something and it doesn’t work, but other times we hit the jackpot.”

“But they all sell very well,” he added. “It’s one of those gourmet types of items we look for, they can’t be found everywhere.”

Along with SuzyQ donuts, the Tea Shoppe also boasts a variety of baked goods, the majority coming from the businesses of post-grads.

”We’re always looking to host Algonquin entrepreneurs and keep good relationships with them,” stated Talwar. “Currently all but two of the companies supplying these goods are started by grads.”