Online program a pathway to trailblazing 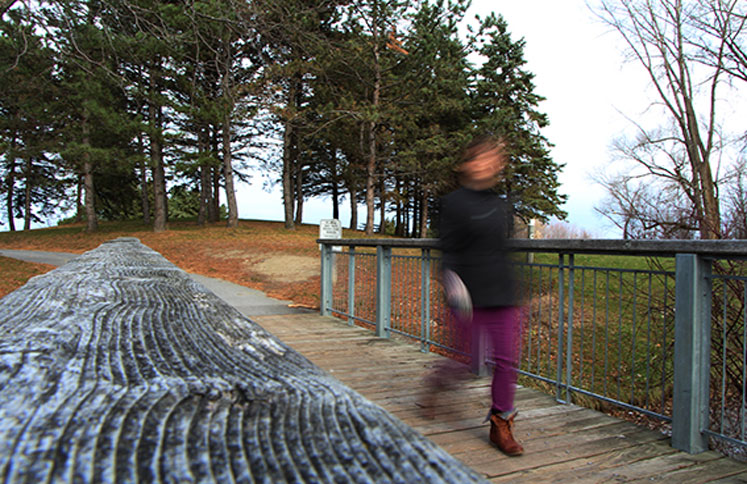 What do you think of when you hear the word “trail?”

Do you see a small group decked out in their Mountain Equipment Coop apparel, clasping their Nalgene water bottles while stomping along worn paths in clunky hiking boots? Or perhaps you envision a burly group of friends, dusty and grimy after an afternoon of mudding on their ATVs.

The word “professional” probably doesn’t come to mind. But in fact, it was the need to professionalize the trailing sector that drove the development of the Online Trails Education Program, a professional development opportunity hosted and developed through Algonquin.

“What we recognized many, many years ago in the way that we got municipalities involved, is we’re trying to professionalize the sector,” said Patrick Connor, executive director of the Ontario Trails Council and one of the program’s facilitators.

The program consists of three courses that run for several months at a time, the final of which will be released this coming January.  These courses are made up of five to six modules, informed by industry experts. They cover a variety of topics from trail safety and technology, ecosystems and natural heritage, wilderness survival, risk management, marketing of trails and more.

So far, just under a dozen people have completed the first two courses, which were first offered over the summer.  The courses are open to anyone who is interested.

With an ever-growing number of trails being established throughout the province, the OTC expects more people to partake in what Graham Burke, another OTC executive and facilitator for the college, considers to be a professional development opportunity.

“Maybe you’re in an outdoor recreation program that you do get a diploma in, but maybe this might be a nice supplement to it,” said Burke. “Or maybe you’re employed in the field of parks and recreation, part of your responsibility is trail management and development, so this would be a nice addition to your resume.”

“In 2007 we started doing an inventory of trails (in Ontario),” said Connor. “The province thought there were about 300. We’re now sitting at 2,600 trailheads, representing a little over 80,000 kilometres of trails.”

Upon the realization that there were literally thousands more trails than previously thought, members of the OTC soon recognized that there were numerous potential safety and infrastructure issues.

“You can’t just slap a trail up because it’ll get washed out, they may not be safe for use,” said Connor

He explained that while each trail averaged three possible different uses, they could ultimately have up to 18, including hiking, ATVing, horseback riding, and more. If the trails weren’t built to handle those various activities, under the wrong conditions they could become very dangerous.

And so, the idea of the OTE program was created.

Traditionally, the OTC had run trail safety and related programs in a classroom setting. After realizing that there were thousands of trails across the province—the OTC believes there are still another thousand to be documented—it became apparent that the bricks and mortar style of teaching was too expensive and too time-consuming. Thus, it was decided that most of the courses, with the exception of hands-on first aid courses, would be made available online.

Connor believes that trails are  “as important to some communities as their park or playground in urban areas. In Northern Canada, your trail is your park, it’s your way of getting outside and recreating.” As communities continue to grow, trails are a cost-effective way to provide recreational infrastructure for citizens.

“The other aspect of it is Ontario has more trails pretty much more than any other jurisdiction in the world,” said Connor. “We should be in a leadership position in terms of sharing our knowledge on this thing that all of our communities have.”

This Algonquin program could be the first step in that direction.