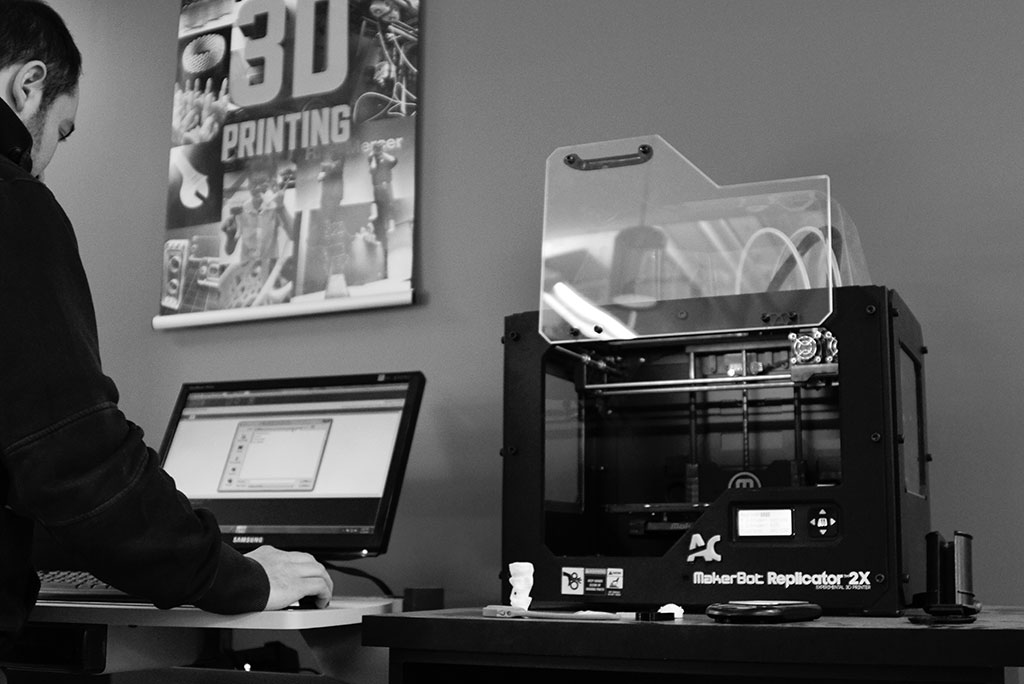 Design and engineering programs at the college are expecting a major change in the way they use the college’s $60,000 3D printers.

Nicholas Haddad, an employee of the college Print Shop, oversees the 3D printers purchased by college ancillary services and sponsored by the Natural Sciences and Engineering Research Council of Canada (NSERC).

“Our goal is to make this available to anyone who can use it to learn and to prototype whether it’s science-based for fun-based,” Haddad said.

The new way for learning in a design or engineering program with 3D printers were what impressed Haddad most. Students in the graphic design program create fonts using computer-assisted design (CAD) software. These fonts can be printed out and examined or added into a portfolio.

“We have great working relationships with graphic design, game development and applied research programs and we’re looking to expand our reach in the school to have this available to more students and integrate it into courses,” Haddad said.

3D printing is currently available in other Canadian post-secondary schools, including Sheridan College. It is also increasing in popularity in some high schools, according to 20/20 Magazine.

Game development professor Gerry Paquette appreciates the process he puts students through to create video and board games.

“Any 3D asset they design, they can print out for display at a game expo so people can see the game. It’s promotional,” Paquette said. “It’s satisfying to hold something you’ve spent so much time on.”

Students in their first-year game development course created a board game.

“Before 3D printing, the kids couldn’t create their own 3D models to test with or examine, it would just take too much time,” Paquette said. “But now if they do want to create their own aspects in the game like stairs or other pieces, they can do that.”

The printers use models generated using CAD software or models scanned with a cellphone camera and slice the image into thousands of pieces, miniscule in length. The printer creates a solid object by extruding layers of solidified plastic on top of each other.

“There’s a huge push for new 3D printers all the time, look at campaigns on Kickstarter or Indigogo. There are people making them do newer and better things with advanced capabilities,” said Haddad. “There’s even a new one that prints carbon fiber models.”

There are two printers at the college available to students as of now, the larger and more advanced printer is made by Stratasys and the littler one, MakerBot.

“It makes the digital world tangible,” said Patrick O’Shaughnessy, co-founder of Cirri Co., a 3D-scanning software company in Ottawa. O’Shaughnessy started marketing 3D technology in 2007. “From a professional perspective, you’re teaching a skill that will have widespread adoption throughout the business world. It gets companies to market newer ideas quicker. The speed of the adoption of new ideas is increased.”

It’s a franchise expected to be worth $6 billion by 2017, according to Wohlers Associates, a consulting firm in Colorado, with a 27 per cent growth in the last three years. The firm states the industry made $2.2 billion last year.