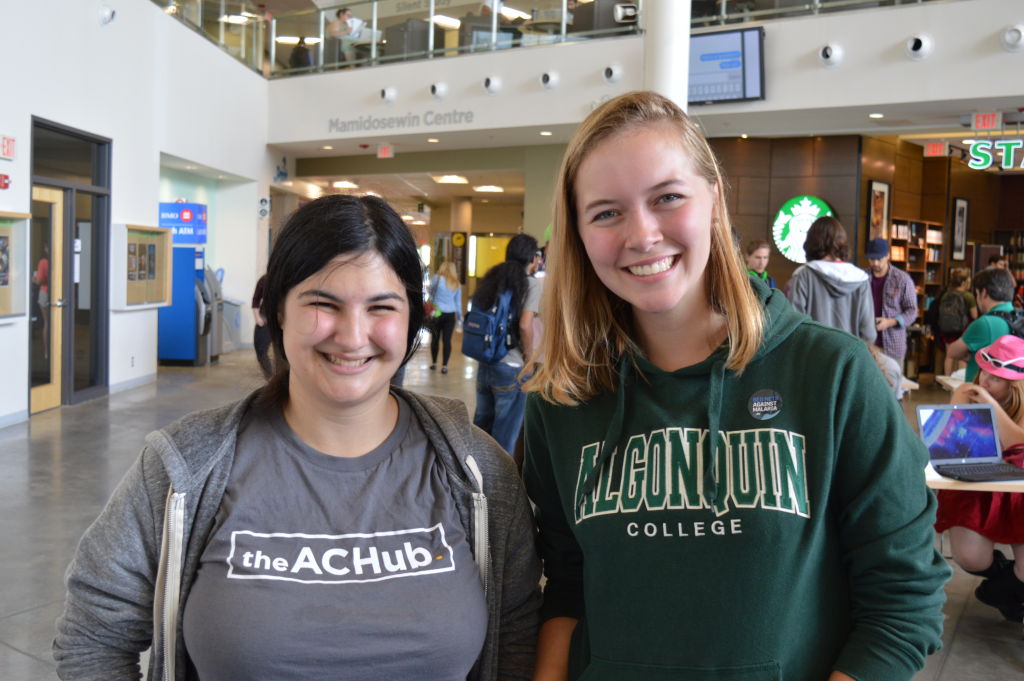 As Spread the Net goes into its fourth year on campus, community is key for this year’s organizers.

After the success of last year’s “Hat trick campaign”, when Algonquin won the top fundraising post-secondary institution for the third year in a row, organizers are hoping to continue their winning streak.

“This year, hopefully it’s bigger and better,” said Joe Dingemans, a second-year police foundations student and one of the club’s main coordinators. “You never know what’s going to happen.”

The Spread the Net campaign, started in 2007, has all levels of schools from across Canada competing in order to raise money to stop the spread of malaria in Africa. Ten dollars buys a bed net to keep away mosquitoes, which protects a family of five for up to three years. Since Algonquin started competing in the 2012-2013 school year, the school has raised close to $64,000, and is the only school in Canada to have won consecutively.

The college’s Spread the Net coordinators attribute their success to college-wide participation.

“It opens it up more, because everybody has a different perspective,” said Gillian Macdonald, a second-year community and justice services student. “It’s so many people coming at it with so many different views.”

Those views extend to all areas of the fundraising initiatives, and have garnered past successes, such as lollipop sales and midnight breakfasts.

But the key to the campaign’s success is the support from the college community.

“People may not realize it, but (Algonquin’s) the biggest family,” Macdonald said.

“It’s all about connections and reaching out to as many people as you can.”

Those connections include Campus Food Services, the bookstore, and the campus radio station, as well as other programs within the college.

“They’ve done a really good job of getting people to care,” said Macdonald. “There’s no shame in it, there’s no feeling of being left out. Everyone’s just so welcoming.”

Patrick Newell, the clubs and communities coordinator for the Students’ Association, agrees.

“That’s what makes it so great on this campus. It’s never turned into a popularity contest.”

With the involvement of more programs, comes the hope for a continued legacy of student volunteerism.

“Not everyone comes here with the intention of volunteering,” Dingemans said. “We could be more engaged in the school.”

As far as student-run initiatives go, engagement is important.

“I’m a really big believer in that,” said Newell. “You get a really passionate group of students behind it, and they can do anything”