Rob Dyer skates to the Commons for a cause 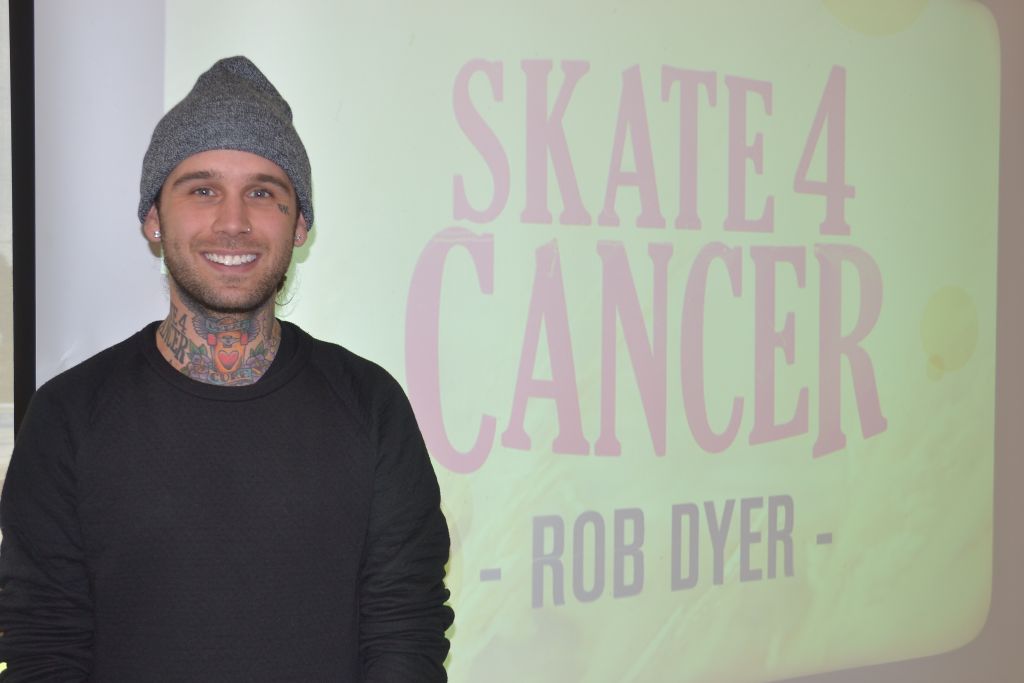 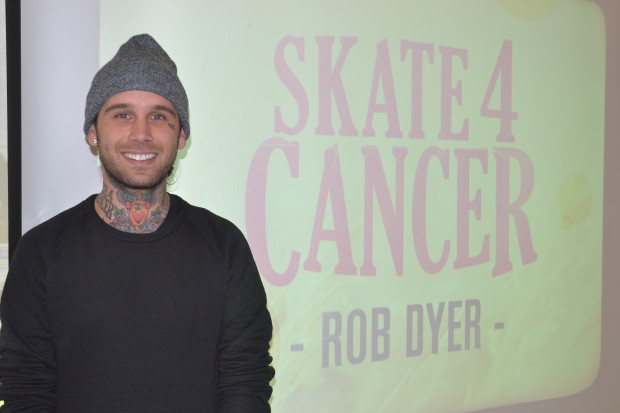 When Rob Dyer lost his mother, a friend and two of his grandparents to cancer all within six months of each other, he refused to let it beat him.

Their deaths inspired him to make a difference, and so he and a few friends started the charity Skate4Cancer and set out to do a skateboard marathon from Los Angeles to Toronto, an 8,000 km trek.

They sent out blind emails to various companies in the hopes of sponsors. One of the first companies to respond was West49, who supplied the gas for their first marathon.

“I was lucky to have good friends, who helped me to channel all the negativity I was dealing with, and turn it into something positive,” Dyer said when he returned to the college for his fourth time Sept. 23 as part of the first AC Hub talk.

But it wasn’t all smooth sailing. During their marathon, the group was often stopped by police and told they wouldn’t be allowed to skate through towns, and that they would have to go around.

Going around the towns added some distance to their marathon, and when they had completed their 8,000 km, Dyer suffered a stress fracture to the ankle before they could make it all the way to Toronto.

“We didn’t finish, but we did the full distance,” Dyer said. “But I still felt like we had failed.”

But their failure inspired a new project. This time their goal would be to skateboard from Vancouver to Halifax, a total distance of 7,500 km.

It took them over four months, and they had to skateboard through the snow in November, but this time they were successful, and managed to raise $250,000 along the way.

Their next skateboard marathon took them across the world, all the way to New Zealand, where they skated the 1,350 km from Auckland to Dunedin where their biggest hurdle was the herds of sheep they encountered day after day.

After New Zealand, they went next door to Australia.

Their marathon took them from Sydney to Adelaide, 1,600 km through the Australian summer heat. But this was another marathon that was cut short. Their crew ended up in the hospital due to heat stroke, and Dyer, while skateboarding in a bike lane, was hit by a car.

He was haunted by the feeling of failure once more, and went on to do his quickest skate yet through France.

But to Dyer, that first marathon was the biggest challenge.

“It’s hard to see beyond what you’re doing,” he said. “But after a while falling becomes a part of learning.”

But skateboarding isn’t the only effort he shows to make a difference.

Prior to the talk, Dyer attended a volunteer event with the college at Big Sky Ranch, an animal sanctuary in Kemptville where he and a group of approximately 25 other volunteers helped clean out stalls and feed and maintain the animals.