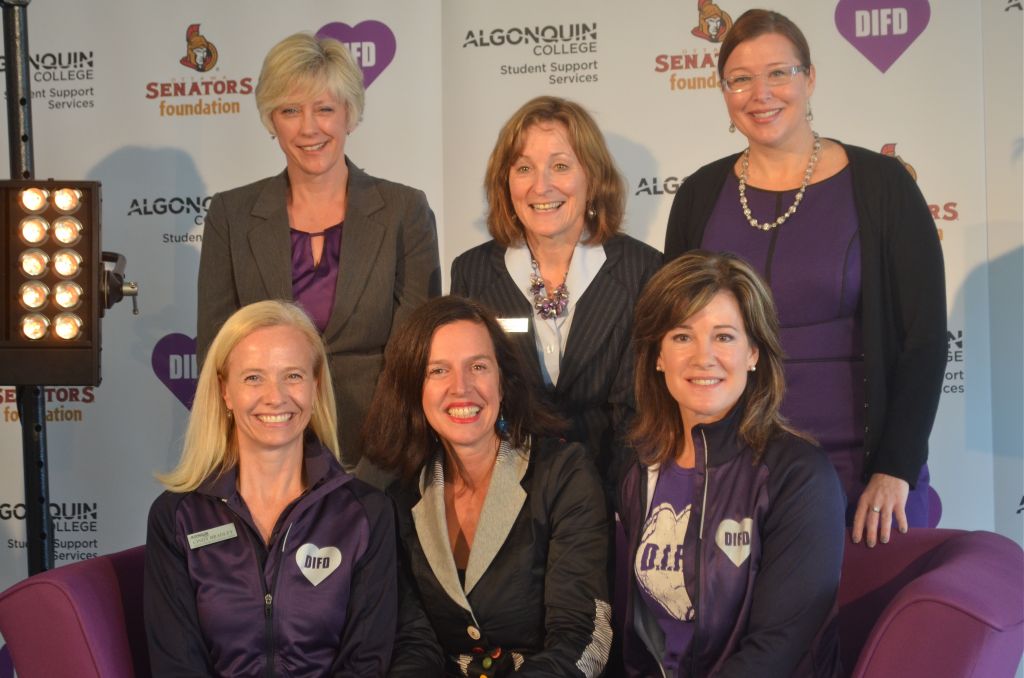 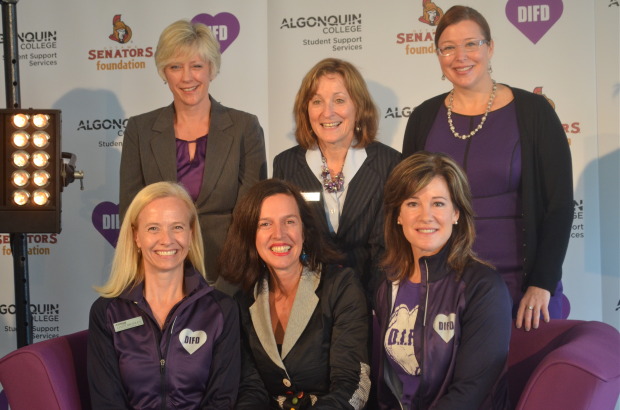 Olga Jach took a seat on the purple couch located on the second floor of the Student Commons building. While that doesn’t sound impressive, the brave library information student, who struggles with anxiety, took a big step—or seat.

The Purple Couch initiative is a student led mental health initiative located at all three Algonquin campuses. The couch, launched Oct. 15, is an open invitation for conversation about the various stressors in student life.

The objectives are to improve student and campus awareness while reducing the shame and stigma attached to youth mental illnesses. The Royal Ottawa Hospital, the Ottawa Senators, and Do it For Daron have all partnered to make this happen.

“I want to do something important and help people with mental health remain positive,” said Jach.

D.I.F.D spawned from the tragedy of 14-year-old Daron Richards taking his life on Nov. 13, 2010. Cindy Bradley, one of the founding members of D.I.F.D, is a professor and ambassador for mental health at the college.

“About 200 youth and children have been lost to suicide and 42 per cent feel uncomfortable revealing a mental illness,” said Bradley.

President Cheryl Jensen spoke about the importance of seeing mental health issues as seriously as any other chronic illness.

“There is nobody who hasn’t been touched by mental illness,” said Jensen.

She shared some more staggering statistics with students and councilors at the event. About 97 per cent of students have had problems with mental health while 21 per cent felt down or hopeless. Consequentially, only 21 per cent sought help from a health care professional and 77 per cent are not aware of services available on campus.

“Without the kids feeling good about where they are going, they aren’t going to thrive,” said Nicole Loreto, vice president of communications at the Royal Ottawa Mental Health Centre.

“I think it is an amazing event because it is about conversations,” she said.

The initiative hopes to generate a community of support where individuals can freely discuss mental health.