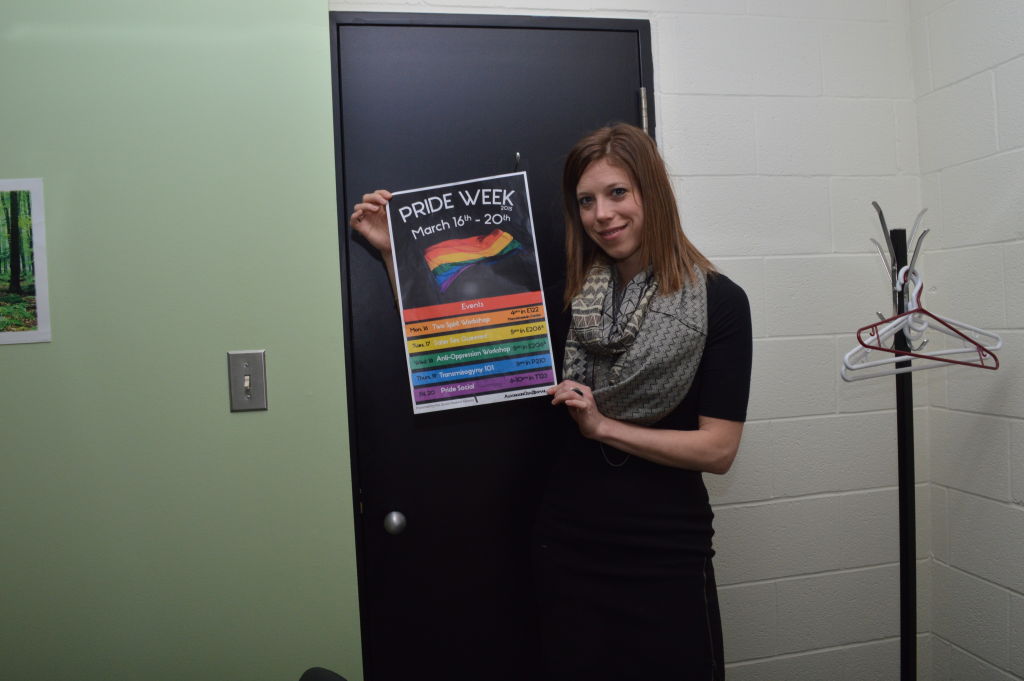 When Jesse Young, a second-year child and youth worker student, was trying to change names on Algonquin’s e-mail service, they ran into some obstacles. This is just one of many unexpected hurtles transgendered students face.

“I’d had my name legally changed for a year and a half, and I couldn’t get it changed on (Algonquin’s) e-mail,” said Jesse Young, a second-year child and youth work student. “They told me it had never been done before, even though I knew it had. I called all the time for six months and it didn’t get done until I threatened to file a human rights complaint. It got done quickly after that, like five days.”

Young’s story is just one of the many shared experiences at Algonquin’s tans-misogyny event held as part of Pride Week.

Trans-misogyny is a term that was coined by Julia Serano, a transgendered American writer. By her definition, trans-misogyny differs from misogyny in that it focuses on femininity, as opposed to the binary “female.” It encompasses transgendered women into its definition of misogyny, which is a general hatred or dislike of women.

Students shared their experience with everyday instances of trans-misogyny.

Lindsay Derraugh, a program assistant to the chair for the career and academic access centre, also helped a student who was having issues regarding their name. They were at the end of their transition process and wanted to identify as their new gender-specific name. Blackboard would not allow them to do that.

“I did some research and found that the Ontario Human Rights Code had a new policy that says that any individual should have the right to identify themselves as whatever gender specific name they choose,” said Derraugh.

The name was then changed on Blackboard.

“I feel like people in general should have a good, basic understanding,” said Morel. “It should be pushed in the education system.”

“Don’t assign someone a gender directly after meeting them without discussing it with them.” He said. “I think that’s important.”

Luka Roderique, a former message therapy student, acknowledges that some people might find answering questions uncomfortable, but the benefits outweigh any awkwardness.

“For me it’s worse when people don’t want to talk about it all,” said Roderique.