Lending his voice to mental health 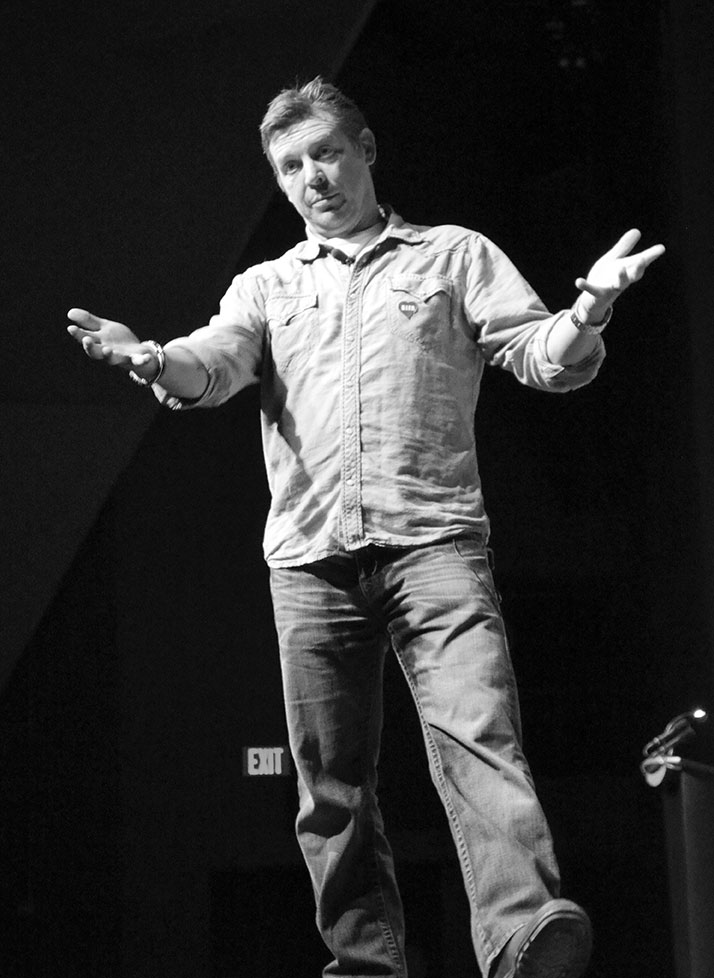 Spirituality, mental health and drug and sexual abuse were all points touched on by Theo Fleury when he discussed his book “Playing with Fire” in front of students on March 6.

Beginning with his humble roots in rural Saskatchewan, Fleury took the audience on a journey through the beginnings of his love affair with hockey, his abuse at the hands of convicted sex offender, Graham James and his long and rough fight with substance abuse.

The Commons Theatre lower deck was packed with students looking to hear from one of the greatest NHL players to ever play the game. Though the presentation began on a serious note, Fleury added in a few jokes to add a little laughter to the tense situation though for most of the presentation, one could hear a pin drop.

Fleury’s hockey journey began in rural Manitoba playing for the St. James Canadians he then moved to the Moose Jaw Warriors. A small hockey player at 5’ 6’’, he had to play a more physical game of hockey in order to make it with the bigger players.

Fleury also went on to play twice for team Canada at the world juniors and was a member during the “Punch-up in Piestany” game which is notorious for having both the Canadian and Russian teams being ejected from the tournament.

It was with the Warriors that Fleury met Graham James, a scout for the Winnipeg Warriors and a man who would have a profound negative effect on his life.

Fleury never spoke his name and only touched on it briefly in both his presentation and his book, but even with the little amount that he talked about it, the effect it had on his life had him spiralling out of control and on a terrible road.

During his time in the NHL Fleury had many hard-partying nights, consisting of strippers and cocaine.

“I never left the house with less than five grand in my pocket,” Fleury said. “I didn’t know where I was going to end up so I wanted to make sure I had enough money.”

Ultimately his hard-partying ways got him kicked out of the NHL and into rehab.  It was in 2004 after one of his longest benders when he bought a gun and some bullets, went home, loaded the gun, took a stiff drink of liquor and put the gun in his mouth. But he didn’t do it.

“Something inside me told me, ‘You don’t give up on anything,’” he said.

Shortly after that he met his current wife Jennifer.

“She is the most selfless and beautiful person I’ve ever met in my entire life.”

He said and it was her that broke him out of his chemically induced haze.

Then, after many fights and bouts with crying and screaming at God at the top of his lungs, he received a sign.

“I saw myself in the mirror,” he said. “I hadn’t looked into a mirror in a long time and I finally saw myself and something just clicked.”

That was Sept. 18, 2005 and Fleury hasn’t touched drugs or alcohol since that day.

The event was sponsored by the Student Services Department here at the school with help from the Students Association and the Ottawa Senators Foundation.

Some proceeds from Fleury’s presentation were donated to the Do it for Daron campaign.