You are here: Home / Focus / Blockchain innovations poised to change how people all over the world interact with each other: TedX speaker 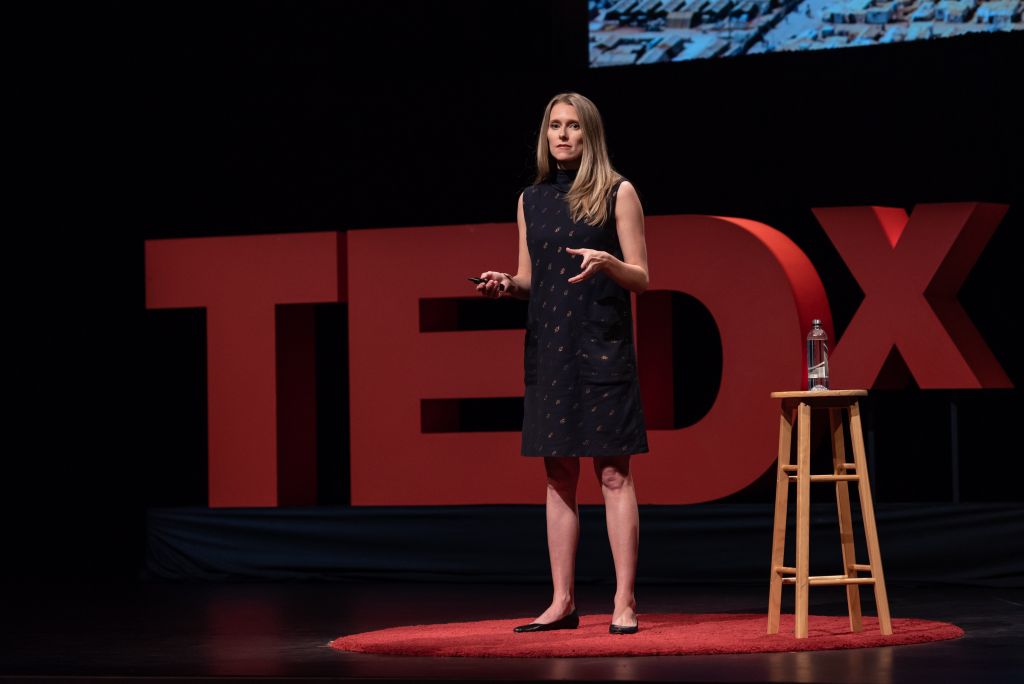 Anne Connelly realized, while working in the Central African, the potential for blockchain technology to improve the lives of some of the most vulnerable on earth - allowing people to access their medical records, government identification and even property records any where as long as they have access to an internet connection.

When it first emerged, Bitcoin proved to be a disruptive financial opportunity.

Anne Connelly had a different thought, and her epiphany came while working in the Central African Republic.

While working off the grid, Connelly realized that the some most vulnerable people in the world could be among the greatest beneficiaries of this new technology. Due to their situations, they may have had property seized, rendering them unable to go home.

At the same time many of they do not have access to their identification paperwork or medical records making it nearly impossible to be relocated.

Blockchain technology provides a secure logging system. Crypto-currencies like Bitcoin store the financial data but beyond that a citizen could store medical records, government identification and citizenship documents, as well as land ownership titles.

“When working in the Central African Republic you would often see people with cellphones,” said Connelly during the TedX conference hosted by Algonquin Oct. 23. She admits that there are still barriers in getting smartphones to these remote areas, but her example shows that there are misconceptions about the access to technology in many developing countries.

Such a possibility could re-shape the world and human beings’ abilities to move around it.

“Digital currencies have become increasingly popular,”explained Connelly, adding they have also been incredibly disruptive to the financial system. Their popularity is due to their decentralized ledgers, known as blockchains.

“Blockchain will be significantly more impactful than the internet,” she claimed. Since blockchains create decentralized logs that can’t be altered and can be stored online, it creates a unique level of trust in the digital world.

Connelly used the example of refugees from the Syrian civil war. Many fled their homes taking few possessions. In the chaos of a civil war many people, for a variety of reasons, don’t have the proper identification documents needed for resettlement, leaving them stuck in refugee camps.

Seventy per cent of refugees lack the proper documentation required for resettlement, Connelly told the TedX audience. With the United Nations estimating the Syrian conflict has produced 13.5 million refugees, this would mean that 2.7 million could not be resettled in other countries even if the opportunities existed because they cannot prove they are who they say they are.

Blockchains are recorded in multiple locations, creating a network that is nearly impenetrable — allowing for incredibly safe storage of information online. While the use of blockchain is most commonly associated with crypto-currencies, this is just the initial application for this new technology, as blockchain can be applied to industry outside of finance.

If those same Syrian refugees were able to store their identification documents — even medical records and property titles — via blockchain, then all of this information would be instantly accessible as long as having access to an internet connection. With a blockchain’s ability to keep information secure online, the accuracy of sensitive information is assured.

Further, she explained, Canada has the opportunity to be a leader in blockchain innovation, as it ranks in the top 10 of the least corrupt countries according to Transparency International, a non-profit organization based in Germany that combats corruption. So in many cases Canadians don’t see the need to decentralize the storage of this information.

There is no doubt that blockchain and the decentralized model it brings with it challenges the norm for what the developed world has come to accept, explained Connelly. Barriers exist, for instance, Bitcoin the most popular crypto-currency, is still difficult to access. Trying to scale these innovations to allow easy access to developing countries will certainly pose challenges.

Connelly downplayed the difficulties though.

With a more streamlined access, more readily available internet connections and blockchain providing a more accessible and trusted digital network, the world is about to witness a significant change to the narrative of how we store our information and wealth.

After each of the six TEDx presentations was complete, audience members and presenters mingled in the lobby of the Algonquin Commons Theater.

Among them was Trevor Duncan, a local teacher with the Ottawa Carleton District School Board, and part of an initiative called Kinect Hub. It is trying to harness the exact technology Connelly spoke about.

Kinect Hub is working throughout Africa to harness blockchain for medical and financial purposes.

“I attended to speak with her [Connelly] after,” said Duncan, hoping to get some feedback from an industry expert. Duncan was able to meet with Connelly and shared with her a folder with info on Kinect Hub.

Connelly had earlier explained that aid organizations around the world are regularly travelling through jungles and war zones with large sums of cash to keep their operations running. Kinect Hub is doing exactly what Connelly envisioned when she had her epiphany about blockchain.

They are finding solutions related to maintain accurate medical records and safely transfer funds to keep operating in the field.

Blockchain innovations poised to change how people all over the world interact with each other: TedX speaker Reviewed by Tyler Kidd on November 7, 2018 .

When it first emerged, Bitcoin proved to be a disruptive financial opportunity. Anne Connelly had a different thought, and her epiphany came while working in the Central African Republic. While working off the grid, Connelly realized that the some most vulnerable people in the world could be among the greatest beneficiaries of this new technology. […]

When it first emerged, Bitcoin proved to be a disruptive financial opportunity. Anne Connelly had a different thought, and her epiphany came while working in the Central African Republic. While working off the grid, Connelly realized that the some most vulnerable people in the world could be among the greatest beneficiaries of this new technology. […]