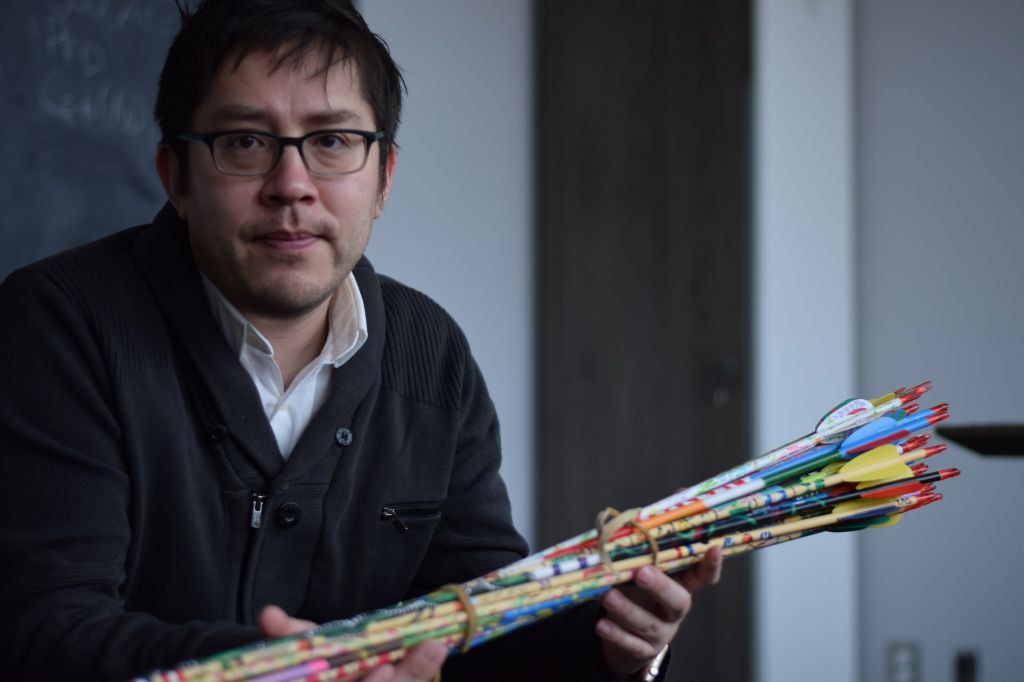 All of us are Indigenous.

“When we say indigenous, what is it that we’re trying to talk about? Because I know that I’m talking about a specific group of people relative to a specific place on Earth,” Ron McLester said in a January interview. “From that perspective, we’re all Indigenous, it just depends on where we’re talking about. So, I think everybody’s Indigenous.”

In his new position he hopes to focus on the truth — and what that means.

“Who’s truth, how much truth? When is it enough truth?” He believes we have moved too early to the idea of reconciliation and not enough time has been spent on the truth.

This was a key idea with the new position, a statement echoed by Cheryl Jensen, president of Algonquin,

“Truth and reconciliation is what this is all about, finding and knowing the truth before we can move on to any sort of reconciliation,” Jensen said during a recent classroom visit to journalism students.

The aspect of truth is an area no other post-secondary institution has focused on before. All colleges in Ontario have some sort of indigenous initiative but Algonquin is the first to put the focus on truth.

The focus of the position is not solely on indigenous students but for “every student, every staff member, every professor and the community.”

The new position is considered an evolution of McLester’s past role, having joined Algonquin a year and a half ago as an advisor for indigenous initiatives. The evolution seemed “logical” to both him and Jensen as truth is the main issue they wish to cover and reporting directly to the president allows more room for communication.

Jensen believes McLester to be a perfect fit for the role as after joining the college.

“He was embraced by the entire college community,” she said, very quickly and, being aboriginal himself, has good insight into the community.

The work being done has large end goals but according to McLester, “the point is we value it not because there are dollars and cents at the end of it but because it’s the right thing to do.”