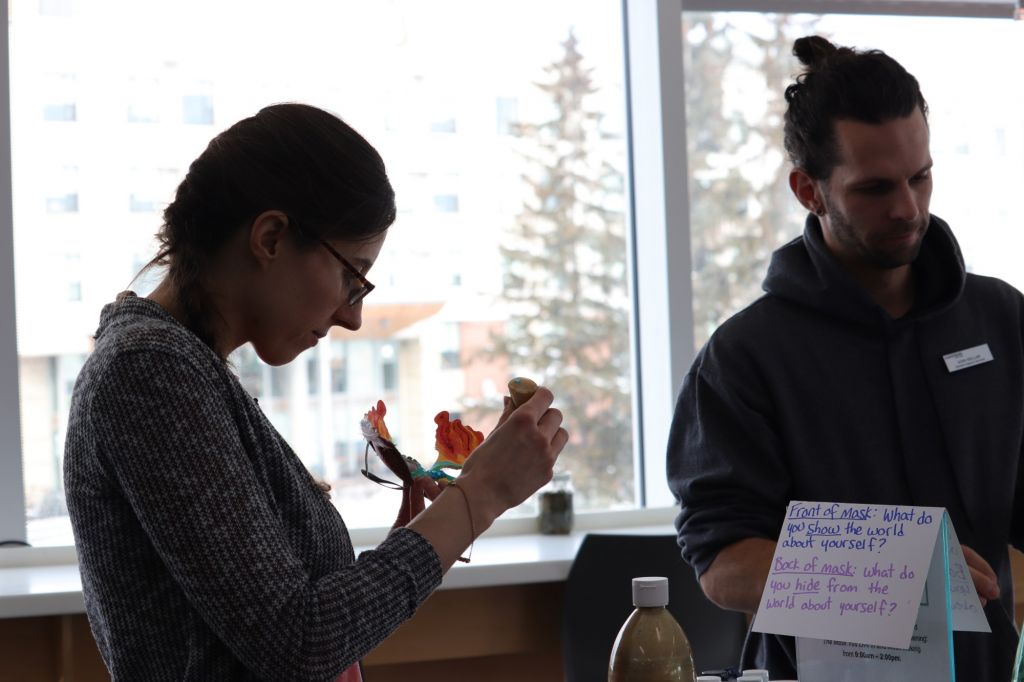 The sexual health initiative Project Lighthouse hosted a screening of the film The Mask You Live In in the AC Hub on Jan. 21 to raise awareness for men’s issues such as absent fathers, substance abuse and suicide.

Project Lighthouse is an Algonquin College community project aiming to promote sexual health and reduce sexual violence on college campuses. The Mask You Live In, created by the award-winning documentary producer Jennifer Seibel Newsom, explores the unique cultural pressure boys face to disconnect from their pain and fear and hide behind an idea of masculinity.

The event garnered little attention at the start, but as the movie continued, students were gradually drawn in. “Every dude should watch it,” said Jared Biefe, a student in the child and youth care program. “It’s not just about masculinity, it’s life.”

The event also included a mask-making workshop organized by Mindy Alexander, a member of the Toronto Art Therapy Institute currently on placement with Algonquin College’s Counselling Department. By making masks, people can artfully explore the ways in which their outward behaviour serves to disguise their feelings, a key theme of the documentary. 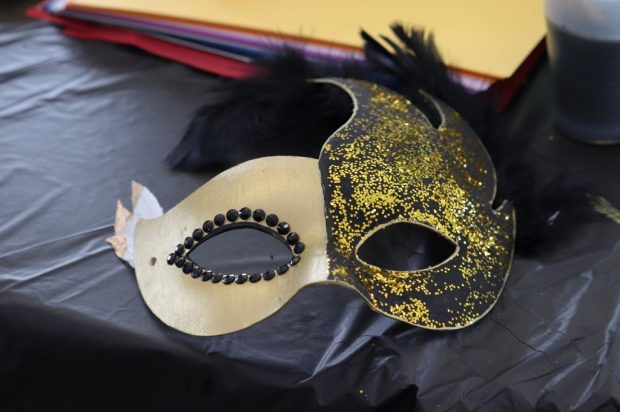 “A lot of men are wanting to veer away from the male stereotype,” said Josh Kellar, an Algonquin College student in his final semester as a social service worker and a volunteer for Project Lighthouse. “They want to be better connected with their emotions, and with other men.”

Alexander and Kellar have also been involved in establishing a men’s space within the counselling department in hopes of helping Algonquin College’s men explore their issues in a safe and welcoming environment.

“Men are limited in how they can be themselves or express themselves,” said Alexander. “This group is a place for men to talk about the pressures that they’re facing.”

Students can sign up for the men’s space at the Algonquin College Welcome Centre. It’s open to drop-ins on Tuesday afternoons between 2 p.m. and 3 p.m.