You are here: Home / Entertainment / Algonquin to celebrate black history 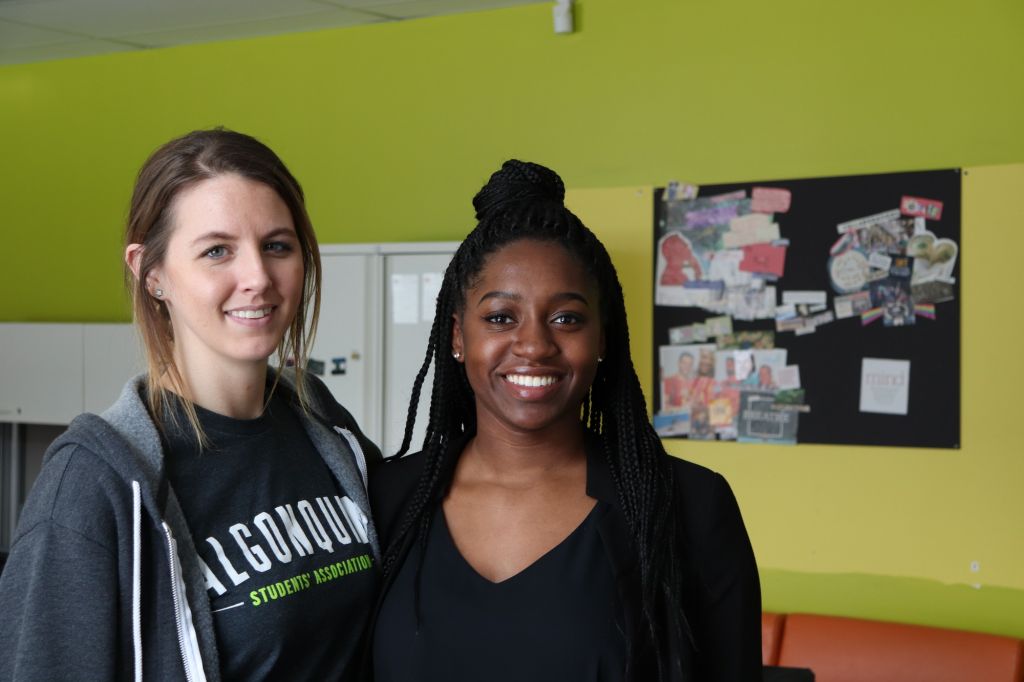 February has arrived and the college is ready to celebrate Black History Month.

With a full slate of shows and activities lined up throughout the month, Deijanelle Simon – the president of the Algonquin Student’s Association — believes commemorating one of the attributes that makes the Algonquin community so great is vital.

“I think it’s important to showcase Black History Month because it’s a celebration of black history and black culture as a whole. To see that on campus – to see that within the culture of Algonquin — is just that positive energy throughout everyone’s experience, I think that’s really important.”

Allison Barnes agrees. As the events programmer for the SA, Barnes wanted to make sure that the college showcased different acts in order to properly represent black culture.

That focus led to the following events being booked.

To start off the Black History Month celebrations, the Culture Up! event on Feb. 1 will have a lot of activities for students to choose from.

First off, the Urban Legends Poetry collective will be presenting two artists that will perform poetry, spoken word and slam poetry.

Following that, the Observatory will host an African-inspired food tasting in the main commons which will introduce students to sample-sized versions of a special menu that will be showcased at the Observatory throughout the month of February.

There will also be an interactive drumming workshop presented by three drummers from the Gatineau area that are going to perform a piece that will push spectators to get involved.

To close off the day’s events, there will be a performer showing off some original soul line dancing which incorporates hip hop into a line dancing style that will also try to get students to join in.

The following week, the movie Hidden Figures – which stars Taraji P. Henson, Octavia Spencer and Janelle Monáe – will be shown for free at the ACT.

The movie follows the story of a team of black female mathematicians who worked for NASA during the Space Race.

A film that was nominated for multiple Oscars and Golden Globes, Hidden Figures shows a glimpse of black history that isn’t commonly known by the general public.

Three days later, Angelique Francis – a blues/soul singer that has received critical acclaim for her performances in venues such as the Sighisoara Blues Festival in Romania and the Montreal Jazz Festival to name a few – will be performing a couple of free shows in the main commons and the cafeteria.

Barnes booked this act in order to showcase the jazz and blues scene that was pioneered by black musicians such as Ella Fitzgerald, B.B. King and Thelonious Monk.

The following week, Shaun Booth will be performing his original act called Unauthorized Biographies, which his website refers to as “a musical project that celebrates cultural icons through biographical hip hop songs.” The songs are accompanied by documentary-style music videos that add another layer to the performance.

Having witnessed one of his performances in the past, Barnes believes that Booth’s original act will be of interest to students and the general public alike.

To finish off the Observatory back-to-back, renown comedian Jean Paul will be performing his brand of comedy with support from fellow comedian Che Durena and MC Cedric Newman.

Making audiences laugh since the mid-nineties, Paul has played shows in venues such as the Apollo in New York, the Comedy Store in London and la Place des Arts in Montreal.

Having a comedian of his stature performing in the Observatory is a great way for students to enjoy an intimate show that is guaranteed to make you laugh and think.

To close off the month, the ACT will be welcoming Shangela from RuPaul’s Drag Race fame.

Bringing her drag show/comedy routine to the college will be sure to attract a lot of people as she brings her big personality and flair to the stage.

February has arrived and the college is ready to celebrate Black History Month. With a full slate of shows and activities lined up throughout the month, Deijanelle Simon – the president of the Algonquin Student’s Association — believes commemorating one of the attributes that makes the Algonquin community so great is vital. “I think it’s […]

February has arrived and the college is ready to celebrate Black History Month. With a full slate of shows and activities lined up throughout the month, Deijanelle Simon – the president of the Algonquin Student’s Association — believes commemorating one of the attributes that makes the Algonquin community so great is vital. “I think it’s […]