Where are all the jobs? 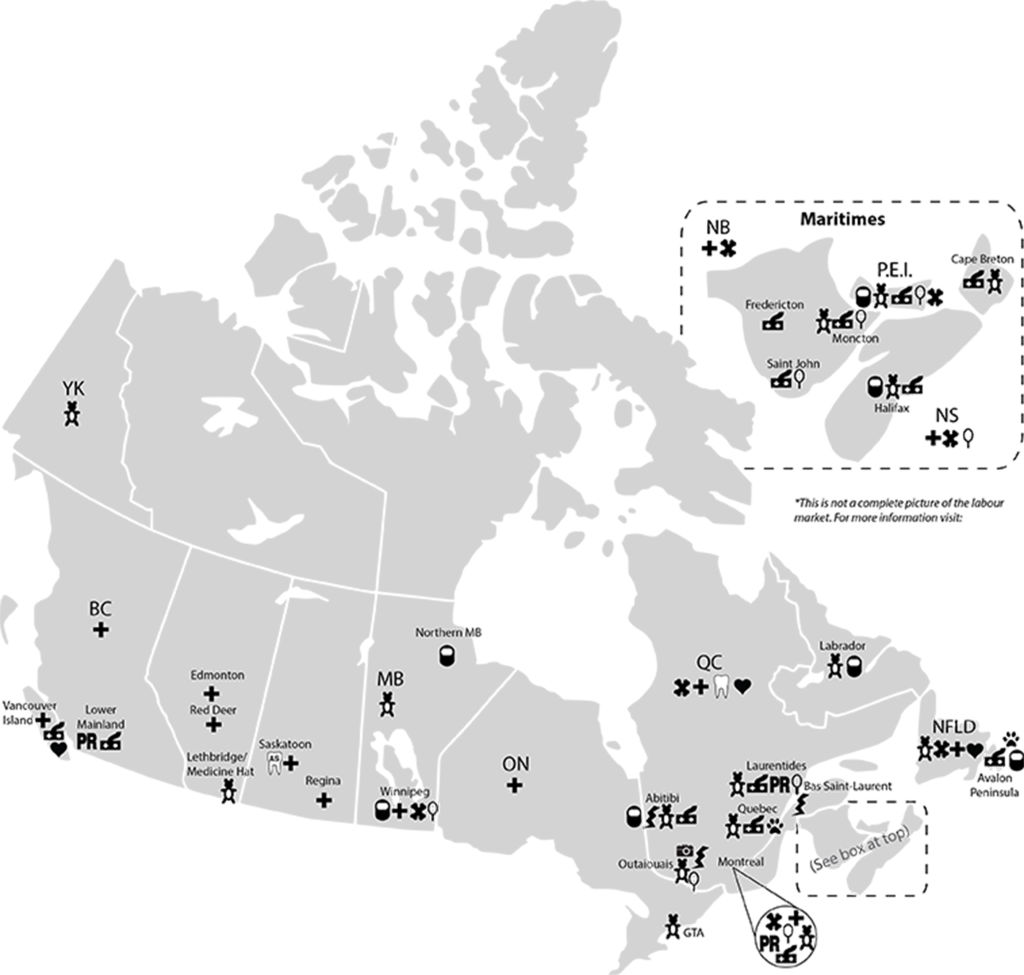 The Ontario labour force is a tough nut to crack for young Canadians.

A report released in September by the Canadian Centre for Policy Alternatives found that Ontario has one of the worst youth unemployment rates in the country – only narrowly beating out Newfoundland and Labrador. Since the 2008 United States housing crash, Ontario’s youth employment has declined so much that barely one-in-two young people are employed. So far in 2013 the unemployment rate for Ontario workers aged 15-24 has fluctuated between 16 and 17.1 per cent. And these high unemployment rates have been trending since the early 2000s. So what does this mean for young Algonquin graduates?

“There does seem to be jobs in most program areas,” said Jennifer Jarvis, employment outreach officer at the college’s Employment Support Centre. “Will everyone find employment? No, probably not.” Jarvis suggested broadening your job search if you are willing to move. “But a move is not for everyone,” she said.

This map shows the regions where job prospects are good. Most data is from 2012 reports. Each career listed has a corresponding training program at Algonquin College. The programs on this map were chosen from the list of Algonquin’s most competitive programs in 2013-2014.