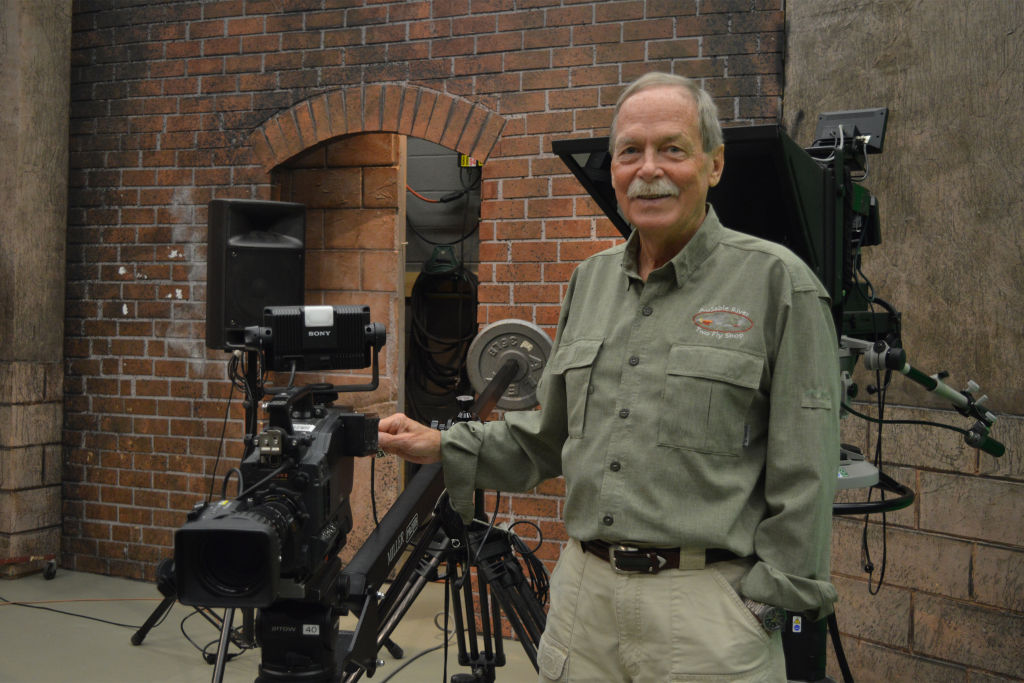 But for many, his greatest impact wasn’t inside the classroom – but out of it.

Cormack is the fifth longest-serving teacher at the college. While he is passionate about educating, he also provides alumni with concrete stepping stones towards their chosen careers.

“It’s just watching them succeed – that’s the exciting thing,” he said. “It keeps me young.”

He values being able to shape his students’ minds, and through them, have an influence in the Canadian television industry.

“Ron for me, was someone who made me confident that I could do this as a living,” said Jon Cassar, who graduated from Algonquin’s radio and television broadcasting program in 1983.

“What I remember more than anything else is his smile and his laugh,” he said. “I know that’s kind of weird and small, but if I picture him now, standing in front of the class, that’s what I think of.”

Cassar has become a highly successful director and producer, known for his work on the action television series, 24. However, it was Cormack who helped start his career.

Cormack is a partner in a corporate video production company in Ottawa called GAPC Entertainment. He hired Cassar, and many other of his past students, to work for him after they graduated.

“Those first jobs are sometimes the most important,” said Cassar.

He described Cormack as someone who encouraged ambition and who played a significant role in his career.

“He was my teacher,” said Jeremy Atherton, coordinator of the television broadcasting program. “But I really learned the most from him by coming back and being a teacher with him.”

When Atherton entered the program as a student, Cormack taught him first-year studio and television operation.

“We called him Uncle Ron,” said Atherton, smiling. “He was a total class act, and a gentleman.”

Cormack later hired Atherton. He taught him to recognize that some students have hidden passion, and to spend time looking for that passion.

While teaching, Cormack continued to be active in the industry and keep up with change, including evolving technology. He even built the current television studio in N-building in the late ‘90s. He calls it the college’s “best kept secret.”

His favourite stories are about how well his students have done after graduating. “It’s rewarding,” he said. “I feel proud.”