Singer’s got the ‘golden voice’ 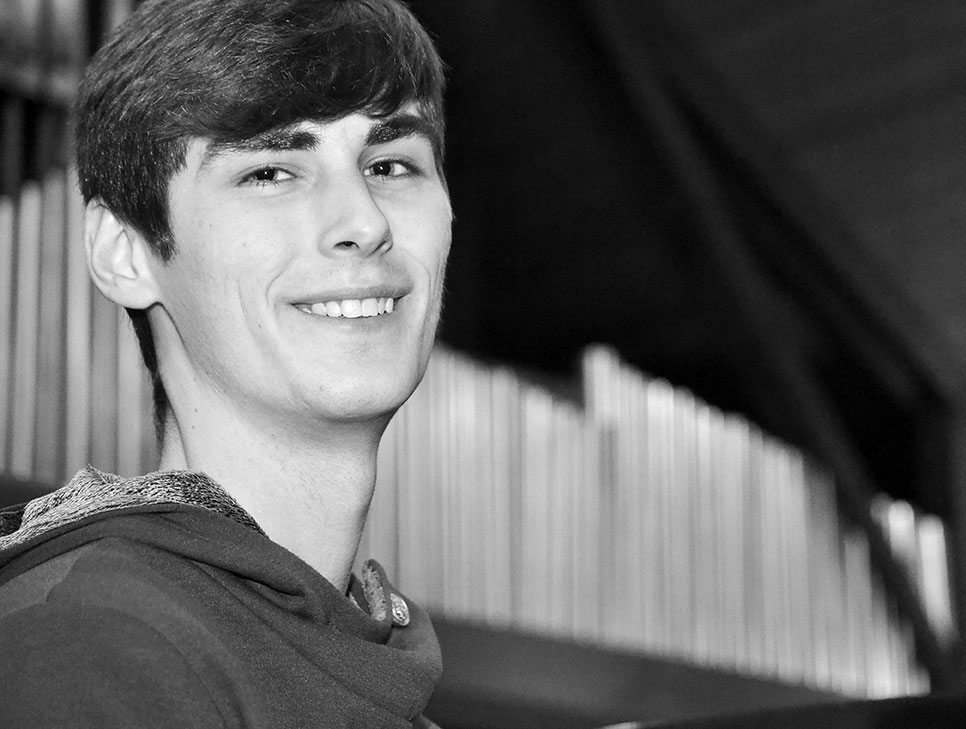 The passion that 20-year-old Preston Smith is talking about is his love for opera, both as an art form and as a future career.

He was not someone who developed it from watching other people, but rather he was encouraged from a young age. His parents and teachers continually praised his natural talent throughout the course of his life.

When Smith first began his singing career, at age eight, it was through private lessons and he started off in classical music.

But it wasn’t until 2012, when he was 18, that he decided to dedicate himself to opera specifically. Then he made it the beginning of a career.

“It came down to a yes or no. Yes, I see where I can take this, and how far I can go,” said Smith. “Or no, stop working at it and drop the whole thing.”

Somewhere between classical music and his opera career, Smith was involved with a small amount of musical theatre. He hated it.

To him, in musical theatre, there is more weight on a singer’s acting ability than singing ability. Musical theatre is about the story of a play, about character profiles and costumes. There’s more makeup and acting involved, and music is worked in to the rest of the script rather than being the main focus. It’s still an integral part, but not necessarily the most important.

Opera, on the other hand, is almost entirely about the music. There are still costumes and makeup and moderate amounts of acting involved, but almost the entire performance is focused on and centred around the singing.

At least, that’s the way Preston Smith sees it.

Ironically though, his distaste for musical theatre is what led him to make opera the focus of his career. It was after a studio recital that Smith made the decision to take his singing career seriously.

And that’s what he decided to do, taking up classes over the summer break to begin his new commitment.

Currently, Smith is chasing his passion by attending private singing lessons with Yoriko Tanno, a woman whom he considers to be the best teacher available.

He partakes in various performances throughout the year, and is required to practice his singing between four and eight hours a day, on top of attending lessons every week.

“There are a lot of people who don’t have an end goal,” Smith said. “I know where I want to go, but I still don’t have a specific end goal.”

He works at Canadian Tire full time to give himself an idea of what it’s like to have a career and work an eight-hour day, then go home and continue to practice.

He wants to prove to himself that he would be able to balance his practice time with his work life, the way it would be in his future.

Smith’s voice is considered to be a bass baritone, a type of voice that is incredibly rare in people his age. Most men get their “golden” voices around age 40, but Smith’s teachers believe he may already have achieved that. It’s expected to change as he ages, and by the time he is in his peak when he is 40, his vocal range will have dropped from a bass baritone to a bass.

In other words, his commitment to his career isn’t the only thing that’s just getting started.

His voice has a long way to go before it’s fully mature, and his voice is what his career depends on.

Smith’s sister, Hazel, is also involved in the same school as he is. To her, singing is more of a hobby, but she is always supportive of Preston.

“He’s improved so much in such a short amount of time,” said Hazel. “When he decided to commit to this, he really did, and you can tell.”

His musical journey is only just beginning and although he doesn’t yet have an end goal, he’s got an idea of where he wants to go.

“I’m so proud of Preston,” said teacher, Yoriko Tanno. “He’s already one of my best students, and he’s still so young. The men he sings with are years ahead of him, and he always keeps up. He’s ahead of his time.”

He chose the program to help him reach his later goals of going to university at Carleton for a Bachelor of Music.

He has an audition to enter the program later this year in March. If all goes well, he will start at Carleton next September.

After Carleton, he hopes to join either the Canadian Opera Company or the Metropolitan Opera, but he’s unsure of where exactly he wants to end up.

“Every teacher has a plan for their student,” said Tanno.

Whatever her plan is for Preston Smith, it’s clear she thinks he’ll go far.