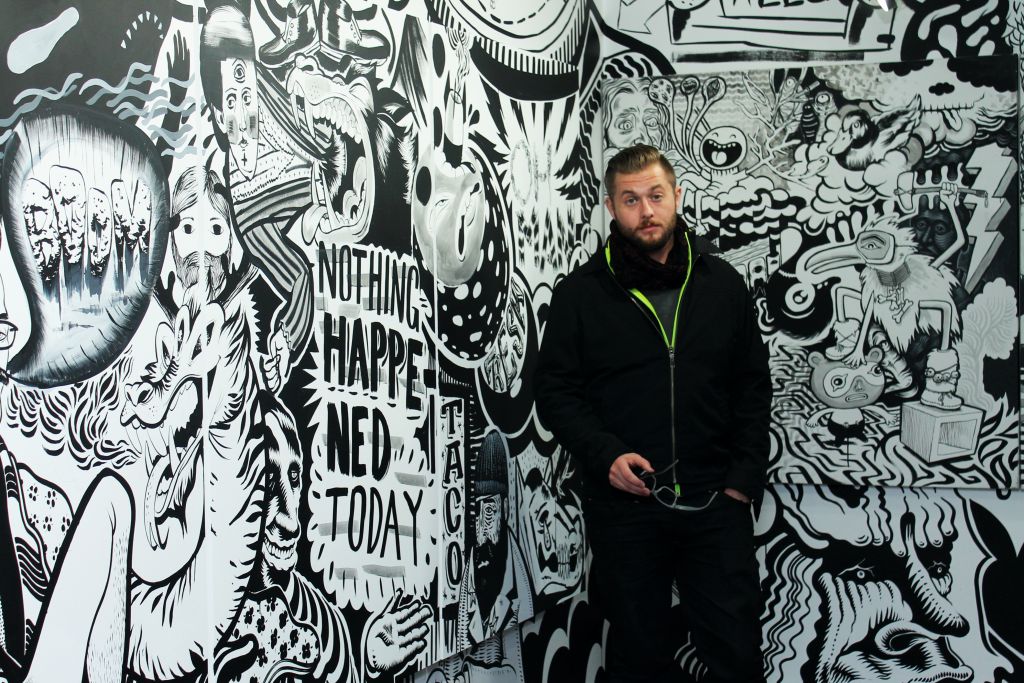 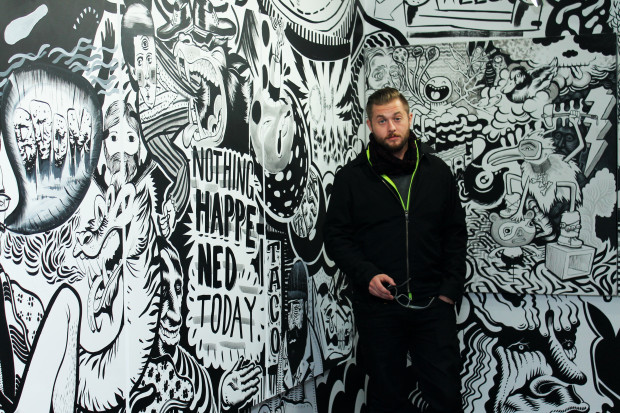 Trips to the National Gallery and museums across Canada as a young boy were what inspired Brendan de Montigny to pursue a career in the fine arts.

“When I was young everything in the galleries just seemed so monumental and visually present,” said de Montigny, a professor in the introduction to fine arts program at Algonquin. “The amount of time people spent working around creation and creativity brought something that I wanted to be a part of. The only problem for me as a child was that it felt so adult.”

All it took to widen his perspective was a little league win.

After the game, his dad bought him a comic book. This was when de Montigny’s love of art truly began.

“I want to work with Canadian artists from all different backgrounds and really bring something exciting to Ottawa,” he said.

With roots across Canada, de Montigny still chose Ottawa as the place to settle and open PDA Projects.

“The most important thing for me is to build communities in the arts, like at Algonquin College. Having studied at the University of Ottawa, I met artists, professors and students that have a very unique way of dealing with arts in Ottawa,” de Montigny said. “It’s a very inclusive community here in Ottawa and I wanted to be a part of it.”

A professor for a father and a librarian for a mother gave birth to a passion for knowledge within him. This was why de Montigny wanted to teach.

“I really appreciate the opportunity to be at Algonquin and I’m excited and feel privileged to be a part of this institution,” he said. “It’s an honour to be able to impart some of the tools and skills that I have learned to a new future of artists.”

PDA Projects has only been open for eight weeks and already acts as the representative of five artists, as well as working with other artists across Canada. The goal of the project is community building among Canadian artists.

“We want this to be a safe space for amateurs, artists, the local community and collectors,” said de Montigny.

The professor has worked his way up from a little boy reading comic books and exploring galleries to a fine arts education and all the way up to a little 300-foot gallery of his own.

“I wanted to combine both worlds – the fun of a comic and the seriousness of a museum, and I think PDA Projects is doing that.”