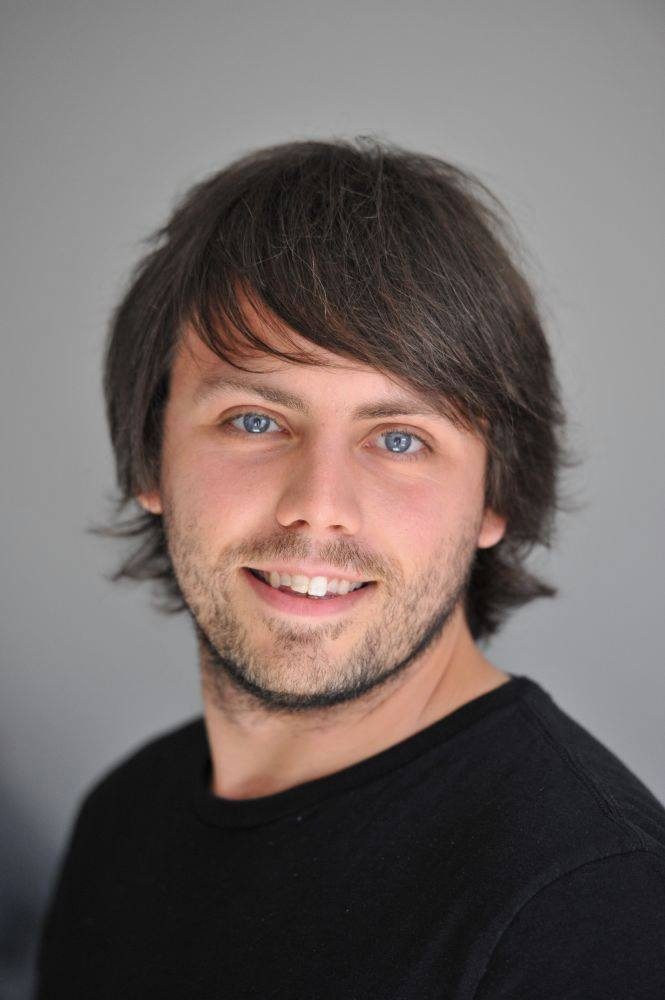 Just like anyone who does hard, manual labour knows there’s nothing quite as satisfying as cracking your back and wiping the sweat from your brow at the end of a hard day. Nicholas Ceppi, 30, knows all about this.

Only in his case, the Algonquin College television broadcasting graduate is helping to make movies, not digging ditches.

He has worked long hours a day as a production assistant on films shot in Canada set for a release this year.

Two of his most recent – and high profile – projects include Stephen King’s It, a remake of the ’90s cult classic about a group of seven children who are terrorized by a evil demon disguised as a child-killing clown.

The other, Molly’s Game, is TV producer Aaron Sorkin’s first directorial debut about a young skier and former Olympic who becomes a target of the FBI after establishing a high-stakes poker game.

Ceppi’s end goal is to one day become a producer.

Film has always been an important part of Ceppi’s life. It was something that he could escape to from his everyday mundane life. He knew he wanted to bring joy to people’s lives through moving pictures combined with sound and music when he created a video present for his cousin’s birthday.

The birthday video was a combination of skits and messages from her friends and family and it generated a lot emotions from his family including laughter, tears and just a general feel of happiness. It was right then and there he decided that he wanted to bring that same kind of joy the same way to a bigger audience.

As a young boy sitting on his couch at home, Ceppi excitedly watched Raiders of the Lost Ark for the first time and was absolutely blown away by it. From that moment on, Ceppi developed a love for movies that eventually blossomed into a dream of producing films for a wide audience.

Starting at the age of seven Ceppi always knew which movies to go see, when certain films were coming out and which actors and actresses were playing in them. He wanted to learn all the techniques about film making and how it was all done behind the scenes.

He is now following his dream. While recently have worked on anticipated films like It and Molly’s Game, he has also worked on other upcoming films including Shimmer Lake.

However, Ceppi had to jump over a lot of obstacles in order to get where he is today.

His father Guillermo Ceppi, had much concern for his son’s future as the film industry casts aside thousands upon thousands of everyday dreamers like him every year. His career aspirations did not sit well with his father because he felt his son was not getting into a stable career.

Ceppi was convinced to try other, more permanent, career options that included journalism and international relations. Unfortunately, this only resulted in failure due to his lack of interest. That’s when he finally went to school for something he could really excel at.

Starting on his career in September 2013 Ceppi entered into the Television-Broadcasting program at Algonquin College. While the program is meant to give students the formal training to become leaders in the television industry, there are courses that also help students prepare for the film industry.

According to Jeremy Atherton, the program’s coordinator, Ceppi was much more interested in the film making side of the program rather than the television side and took on much of responsibility with live broadcasting.

Dedication and determination quickly showed in the quality of his work and how he was affecting other students around him. “He’s probably the one you would look at and think ‘He’s going to make it’,” said Dylan St-Amand, production assistant and fellow television broadcasting graduate.

Ceppi and St-Amand became close friends in their first semester and almost always worked together on large assignments. This included a face-to-face interview along with a video project called “History News Tonight” about news anchors going back in time.

One project in particular, a music video, was praised for its art direction and photography and is still used by Atherton today to show to freshman students beginning the program. That project is called “Grizzly Waves – Horizon” where Ceppi worked as the producer.

After graduating from Algonquin College in June 2015, Ceppi immediately tried to find work as a production assistant with little success. According to Ceppi, a production assistant is a member of the production team who do a variety of odd jobs around the set including setting up, shuttling equipment, keep everyone quiet on set during filming and so much more.

The production assistant job search can be very competitive, with thousands of potential dreamers hoping to find work in Ottawa alone. However, he was not one to rollover and quit. He began sending emails to all the production coordinators in the area looking for work.

Eventually, after months of job searching, he finally found work on a film called Shimmer Lake. According to Ceppi, it turned out to be “an insane experience.” The film, which is still today the most challenging gig he’s ever had, required 12 to 15 hour-long days, working six to seven days straight. Add to that a producer, while eccentric, who was difficult to work with.

The long hours put a strain on Ceppi’s relationship with his girlfriend, Kelen Santos. Still today, Santos continues to sacrifice a lot for him to follow his dream. Although he feels that he not not shown enough appreciation for what she’s done for him, he knows he would not be where he is today without her. Ceppi says that he would not have been able to get where he is right now without Santos.

“She supported me through my studies and moved here to Toronto with me,” said Ceppi. “At the beginning, it was tough finding a gig yet she pushed me and gave me confidence. She knows that this is my dream but without her it wouldn’t have turned in to a reality. If my life were to be turned in to a movie she’d be the one I end up with at the end.”

However, Ceppi’s life does not always imitate art as Shimmer Lake is a no romance movie. The film is a noir mystery about a bank heist gone wrong told in reverse over the course of three days.

Even though Shimmer Lake was a difficult experience, Ceppi was more determined than ever because it was his first experience working on a film and he loved the imaginative script.

“It’ll all be worth it when I see my name in the credits,” said Ceppi.

Shimmer Lake is set for a release in North America sometime later in 2017.

The next film Ceppi worked on was the upcoming remake of the horror classic It. Ceppi loved the original 1990 film and was very excited to be a part of the team bringing the script to life and see it blossom.

“It was an amazing experience,” said Ceppi, describing his time on the set of the movie.

While working on the set, Ceppi met and became friends with the director and producer because, like himself, they were from Argentina. The director of the film even added Ceppi as a friend on Facebook, further giving him more connections for future work.

According to Ceppi, this field is all about the connections you make while at work due to the fact millions of people try to hedge their way into the film industry, making it harder to make a name for yourself in such a competitive industry.

Ceppi is excited for this film to be released and for people to see Bill Skarsgård as the iconic horror clown Pennywise. His prediction is that Skarsgård will make as big of an impact in his performance as Tim Curry did in the original film.

Ceppi said that Skarsgård worked very hard on his performance, trying to keep true to the original while also throwing his own spin onto the character. Ceppi thinks that fans of the book and original movie will be more than satisfied with the film when it’s released in September 2017.

Ceppi also worked on what might be the biggest film of his career, Molly’s Game. This film marks television creator and writer Aaron Sorkin’s first directorial debut on a movie.

While being a very stressful job, Sorkin seems ready to take on that kind of responsibility. Ceppi describes Sorkin as a general who leads everyone into battle.

Excited to have worked on such an anticipated film with such a high-profile director, Ceppi’s aspirations could be realized thanks to the exposure and experience this film gives.

Everyone is always very friendly and willing to share their stories of working on other films. He has been able to meet many people in different departments and feels that this will give him the edge to get more work in the industry.

With the ups and downs of the job, Ceppi feels that his career is off to a good start. After finding work on the set of Shimmer Lake, Ceppi has now been able find more fulfilling work. He has recently wrapped up production on Molly’s Game, and he also plans to start work on a short film with his college friends.

Ceppi has overcome many obstacles to reach his goal and will probably have to overcome a lot more in the future but as his friends, family and past professors have said, he is a hard-working and extremely dedicated man showing no signs of slowing down.

“I’m very proud of him,” said Ceppi’s father, Guillermo. “It’s always great to hear all the stories from his work.”