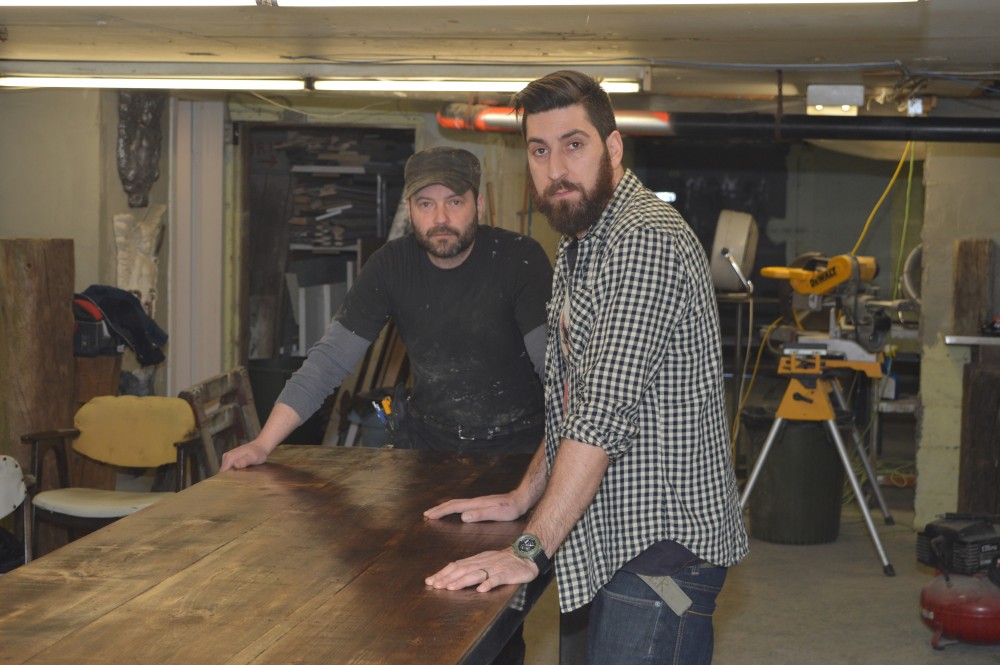 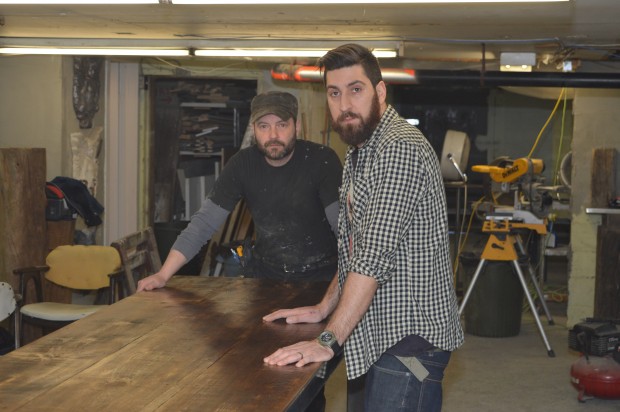 Ten years ago, Luigi Ienzi was a banker. He grew tired of sitting at a desk, being cooped up from nine to five every weekday.

He decided to quit. He made a 180-degree turn to work in construction, where he met Andrew Bell.

“We definitely built a rapport, feeling like we were being punished for something,” said Ienzi, a graduate of Algonquin’s business administration finance program – referring to their tenure as labourers.

Working alongside one-another the two men developed the comradery on which most successful partnerships are built. Today Ienzi and Bell own and operate Krate, one of Ottawa’s most sought-after design studios.

The genesis of the company – which popularized the re-purposed materials aesthetic found in many Ottawa businesses in the service industry – was not typical.

“It was never one of those things where two people get together and have lots of coffee and come up with a business plan, business cards and a website,” said Bell. “It was really over a long period of time and kind of loose.”

After doing their time in new construction, Bell left for Poland where he worked on a public aquarium. Ienzi returned to working in an office environment.

The two would later reconnect. They combined Bell’s background in fine arts, Ienzi’s financial insight and the skills they had picked up on various jobsites.

“We were facilitating all of the gaps in between the other crews,” said Bell of their time prior to Krate.

“It was a good learning experience,” said Ienzi. “It did help out when we started this business. We would bring a lot to the table.”

All of the pieces were in place and together they had a formula for success. Their first major project was the Hintonburg Public House.

Since then they’ve brought their unmistakeable style – a wood-heavy mixture of the modern and antique – to the Top of the World skateboard shop, The Standard Tavern, Lowertown Brewery and countless others all over the city. Including Two Six Ate, Ienzi’s sister Emily’s successful restaurant in Little Italy which she runs with her partner, chef Steven Harris.

They began to develop a strong reputation as craftsmen and artists. Never the type to rest on their laurels, Ienzi and Bell began to stray from the designs for which they were known.

For example, a recent art installation titled “War Mart” focussed heavily on pop culture icons such as Mickey Mouse and other Americana juxtaposed against Soviet-style propaganda and war imagery.

Ienzi said his education in finance at Algonquin has proven invaluable.

“I do crunch numbers a lot,” he said, “I took finance for a reason. I like numbers, I just didn’t like the office environment. It helps every day.”