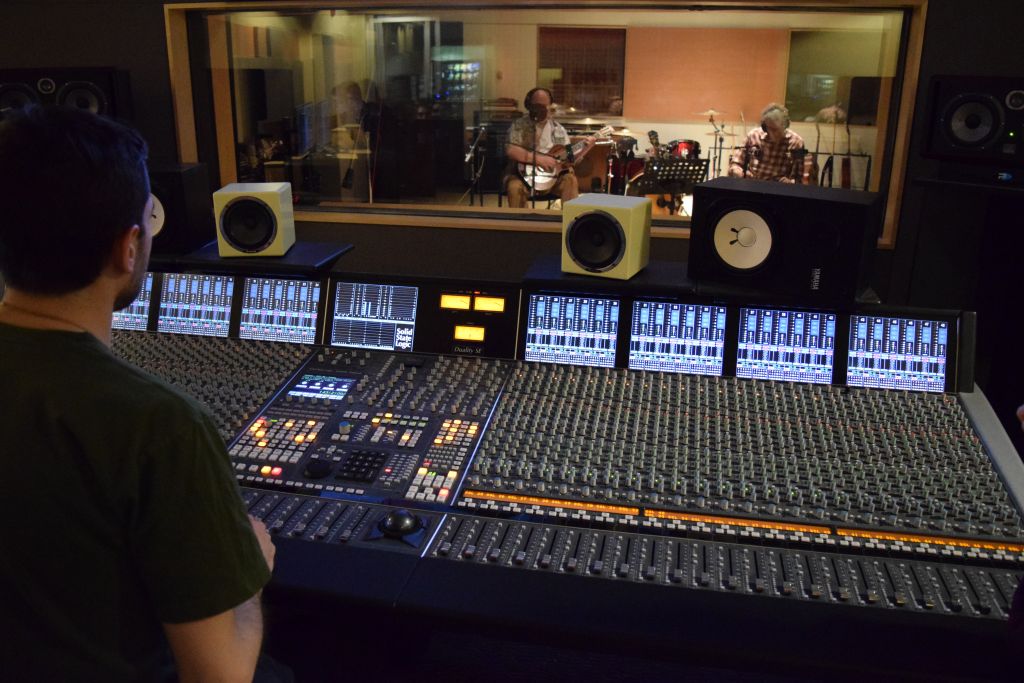 Teaville Bourque never thought that one day he’d host Bluesfest regular John Carroll for a recording session in the same campus studio that he goes to school in.

But that’s exactly what happened late at night on March 7.

“I was a fan almost instantly after meeting him,” Bourque said of their early encounters. “After work my friends and I would go out and listen to him play at the Chateau Lafayette.”

That was over 10 years ago, but not much has changed since.

“I regularly do two shows a week, one at the Chateau Lafayette and one out in Kemptville,” Carroll said. “I do everything from bar shows to festivals and I’ve done all of the big festivals in Ottawa at least a couple times.”

Bluesfest, arguably Ottawa’s largest music festival, was one of those shows.

“Doing the main Bluesfest stage was a big thrill, especially when you see all the fans in attendance and being in such a professional setting,” Carroll said.

However, it wasn’t as simple in the early stages of Carroll’s career.

A musician for over 30 years, he started out playing rock and studying jazz before moving his focus towards an acoustic and folk blend. This is where Carroll has focused his energy for the past 20 years.

And although his talent was born in Ottawa, it took travelling to hone his skill.

“I grew up in Ottawa and played music here and I left and went out to the west coast of Canada and the western states and played there for a quite a few years,” Carroll said. “I actually decided to come back to Ottawa in 2002. I just had a feeling that moving back home would be a good thing and I really wanted to make a record of songs that I’ve been working on.

“I just felt like Ottawa would be a really good place to do it, it was like home to me.” He continued. “Sometimes the weather makes me want to go, but it’s my hometown and it’s what ended up happening.

So what brought this big-time local artist to Algonquin College studios?

“In the past year the college has made some big moves to put our studio on the map,” Bourque said. “We have a Solid Stage Logic (SSL) Duality console. There is only about 200 of these that exist in the world.”

In fact, the company who installed it at the college was scheduled to insert the system at Kid Rock and Eminem’s house next.

Through this console, Algonquin College studios intends to fuse its quality production and engineering with Carroll’s soulful sound to boost his resume and give him more to be proud of throughout his career.

In accordance with this philosophy, Algonquin’s radio station 107.9 FM will have exclusive rights to play Carroll’s newly recorded singles when they are fully mastered and ready for the airwaves.

“I’m a big believer in his music,” Bourque said. “It’s music that the world deserves to experience.”