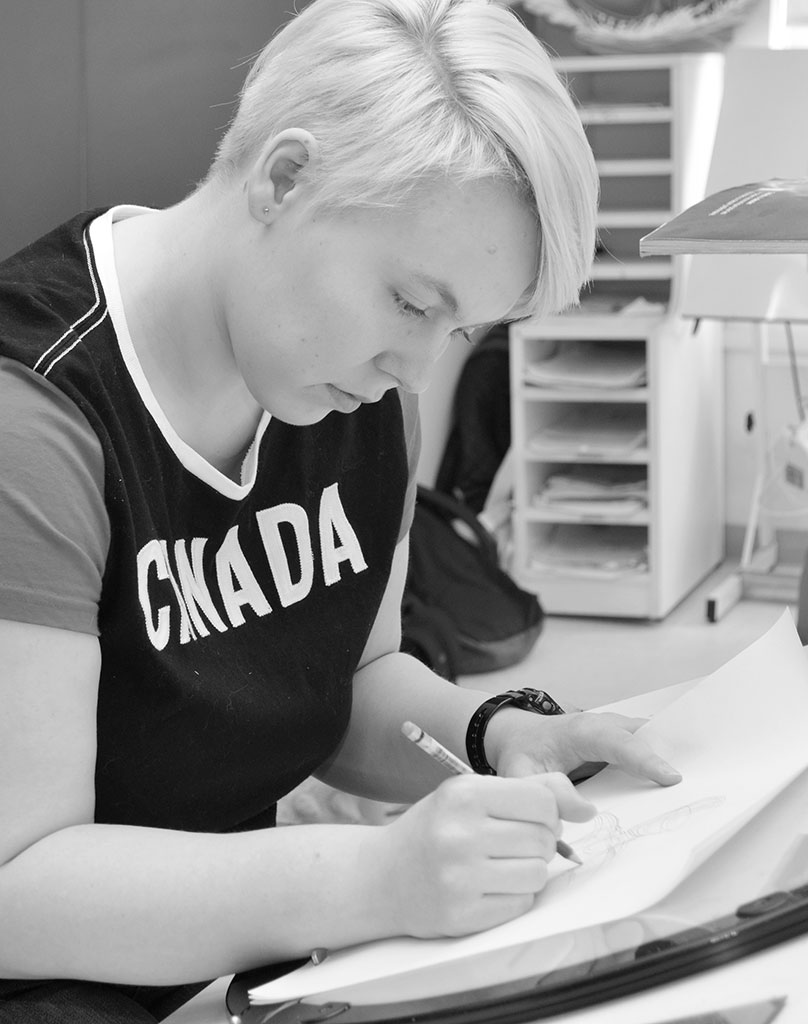 Sitting in the studio of an internationally recognized digital production company—the largest of its kind in Ottawa—Alanna Sas flips through the pages collected on her desk, trying to map out her most recent 2D animation sequence.

The 22-year-old Algonquin graduate began as the youngest student in the animation program in 2009 and is now working at Mercury Filmworks.

“I’m having the best time of my life at the studio that inspired me to become an animator,” said Sas.

She first heard Mercury was hiring after working for a short time at Big Jump Productions. At Mercury she was required to complete a basic animation test. Presented with a character, dialogue, and storyboard she set to work using the basic tools she acquired at Algonquin.

Two weeks later she got a call letting her know she would begin right away.  All she could think about in those moments was the first time she fell in love with animation.

It was in her first year of studies, and she had done a couple assignments to prepare for the college’s version of a basic animation trial—the bouncing ball test. Sas was asked to make a ball bounce across the screen in an animation sequence.

“I never knew what my passion was until then. It sounds stupid but it was the first time I made something move. I looked at the ball bouncing on the screen and thought, ‘This is worth it!’”

Her instructor Derek Bond, who teaches character animation one and two, says he always knew she had a love for animation.

“She was a hard-worker who always had a great desire to explore the concepts of my teaching and a strong willingness to try,” said Bond.

Nowadays, Sas has traded in her college all-nighters for paid night shifts. Her aspirations are to perfect her craft, hoping to get to the level of her favourite Disney animation, The Lion King.

Mercury Filmworks is currently working on a minor production for Disney; Sas has been doing the animation for the second season of Jake and the Neverland Pirates. The studio has also worked on the popular titles Curious George, Toot and Puddle, and Fat Albert.