Cooking up a legacy 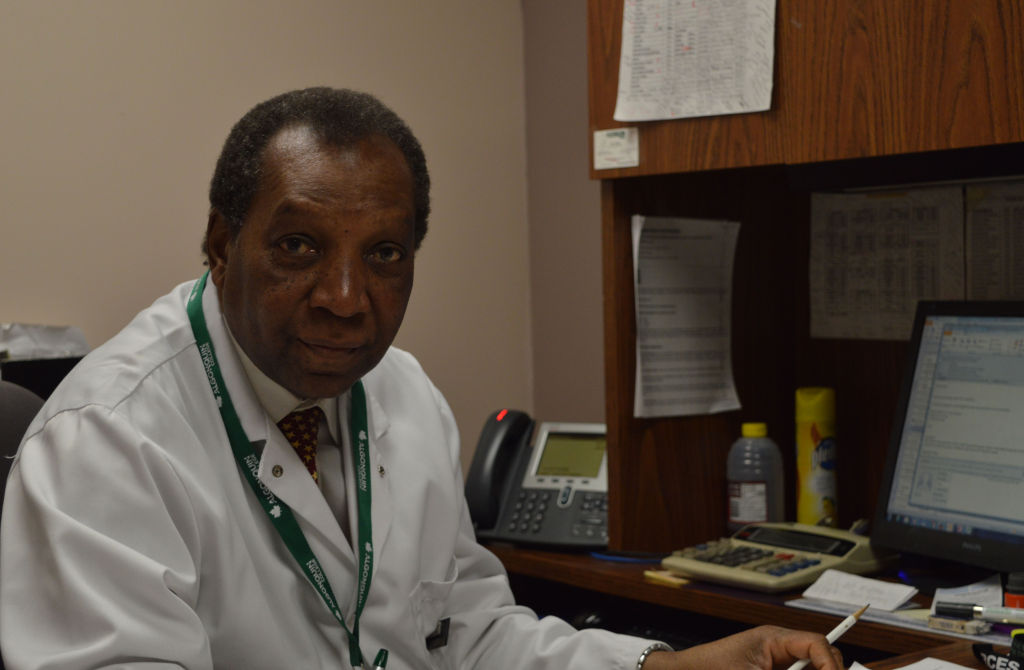 When Gordon Esnard started working at Algonquin in 1974, Pierre Trudeau was the prime minister of Canada and Richard Nixon was president of the United States of America.

Esnard joined the food services department after working at the Skyline Hotel for seven-and-a-half years.

His friend, Michael Dash, was his boss at the hotel, and when he moved to the college, he asked Esnard to follow.

He was hesitant. He had worked hard to climb the ladder in the hotel, starting as a dishwasher and aiming to be the food and beverage controller, because “it’s the perfect place to want to be in a hotel.”

He got the position when Dash left.

Dash asked Esnard to come to the college to take a look at the state the food service was in.

“We wanted to make things happen,” said Esnard. “We needed to change lots of things. We wanted to run it like a hotel.”

He started with inventory control in the department, and was promised to never work nights and weekends.

“That soon changed,” he said with a chuckle. “He lied to me.”

Esnard is eager to credit Dash, the person who brought him to the college.

Dash came to Algonquin and saw that the job was “too large; I needed help.” He said when he arrived, he noticed that the college did inventory for the small cafeteria only once a year.

It took almost a full year for Esnard to decide to move to the college, but Dash was adamant in having him.

“I needed a master, and when he came in, he blended in right away, and we worked together for some 40-plus years,” he said.

Dash speaks fondly of Esnard not only as colleague, but also as a commuity figure. He’s really involved with St. Anthony’s Church.

“He has been a coach for a hockey team, and he doesn’t even skate, that’s something, eh?”

When Esnard started to work at the college, the cafeteria was separate from the other buildings, and another eatery was in the old E-building, where the Student Commons is now. It was a place that a few people used, preferring closer restaurants or vending machines.

“We had the room, we had the facilities, we had the kitchen,” he said. “We decided to get into catering…and we started to do banquets.”

He smiled as he spoke of how it all started.

“I remember one time, during a snowstorm,” he said, “we needed to bring coffee and milk and drinks and sandwiches to antoher building. We simply shoveled the snow on the way.”

Soon, Esnard and Dash started to take over the vending machines and opened cafeterias in other parts of the college.

In Ottawa, the food service controlled a number of buildings belonging to the college, and opened kiosks and cafeterias there too, in what Esnard defined as a “very aggressive operation,” he remarked, “The college made $10,000 a day. We became the envy of the city.”

When the city did a survey for the top 10 places to dine in Ottawa, the college was among them. “If I recall, We ranked eighth,” said Esnard.

Food service at Algonquin is his greatest accomplishment, he feels.

“We wanted to do something, and we did,” he said. “The cooking here is home away from home, and today, we have it in very good condition.”

A confident and capable employee, Esnard feels like he can boast about his achievements, and not without cause.

When a hockey organization asked if he could prepare dinner for 2,000 people, a couple of years ago, Esnard managed to split the people between the C-building and ACCE, managing to prepare tables and buffet in record time.

He set up a livestream to broadcast orders to both buildings, but it didn’t work. He announced that he’d feed everyone in 40 minutes.

It is this adherence to time that has won Esnard many admirers as he and his team twice a year feed 2,000 people at the president’s breakfast and barbeque.

During his time at the college and at the hotel, Esnard met a lot of prominent personalities.

“I have a picture with Pierre Trudeau…and now one with Justin,” said Esnard.

Mary Baxter, the general manager of Food and Conference Services, has been working with Esnard since 2005.

“He puts tonnes of time and energy into helping the students,” she said. “He hopes for students to be successful.”

“He impacted the college so much,” she said. “Even if he retires, he is still Algonquin College.”