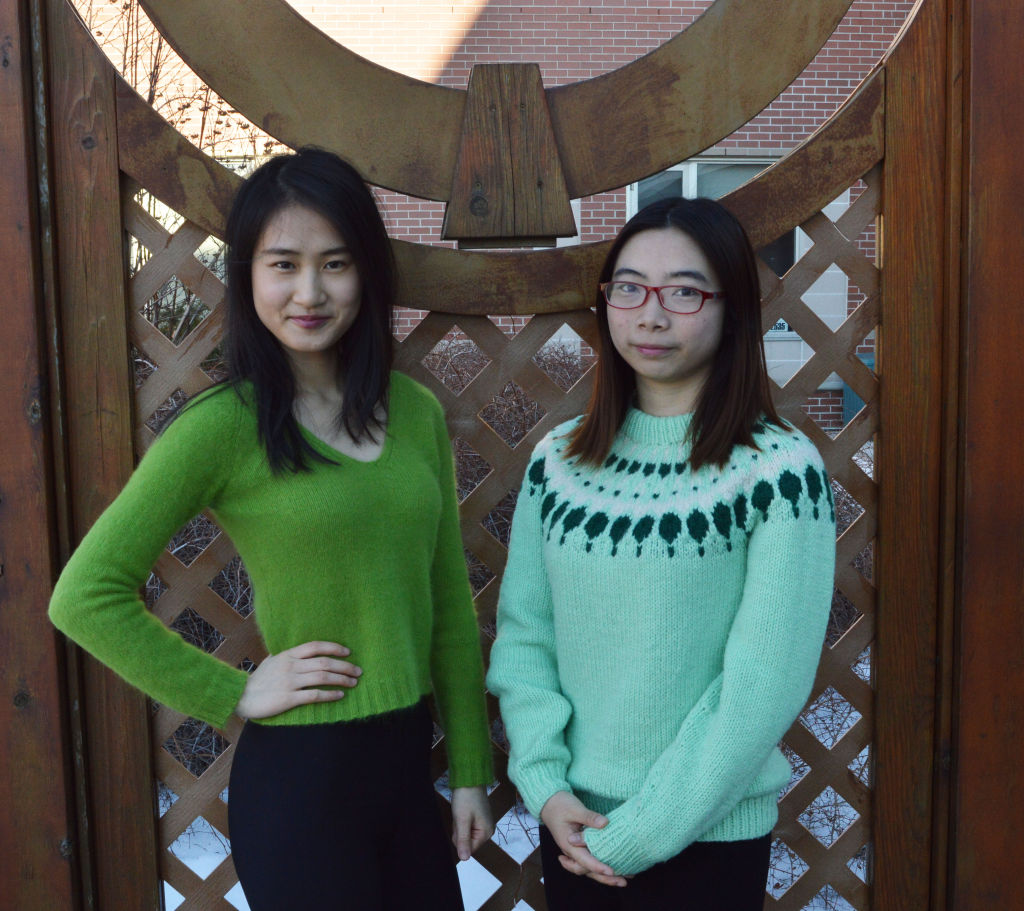 Chen Yajin, left, and Xiong Manyi, right, two first-year Chinese students in the business program. Being in a one-year program, they had no chance to celebrate Chinese New Year at Algonquin

Chinese New Year is a holiday celebrated in many countries by the Chinese community and while Algonquin has organized parties in the past, there are no plans to celebrate it this year.

“If they held the event I’d feel like the college cared more about Chinese students,” said Chen Yajin, a Chinese student in the first-year of the business program.

“A friend invited me to make dumplings together and watch television,” she added, thinking about how she will spend the holiday.

Chines New Year always falls on the turnover of the traditional Chinese lunisolar calendar, and the date changes every time. This year it falls on Feb. 8, but the college is not holding a party.

“It’s such a pity that they didn’t hold anything this year,” said Xiong Manyi, another first-year business student.

There are many traditions tied to Chinese New Year and among them is the famous Dragon dance, in which people in a dragon costume dance in a line. The longer the line, the more luck it is supposed to bring, as Chinese dragons are considered a symbol of luck.

Also, pinning the Chinese character “fu”, meaning luck, upside down on the door is supposed to attract luck for the next year.

Another tradition, is the “lucky money, they’re given in a red envelope,” said Manyi. “Every year, if you’re not married, you get lucky money from your family,” she explained. “If you’re married, you have to give it to somebody.”

Liu Shanyang, a third-year animation student, isn’t bothered by the college’s lack of celebration. “I’m pretty sure there was a good reason for why the college isn’t holding the event,” he said.

“I never went in the past years,” said Shanyang. “Students will need to go to another place to celebrate.”

A representative from Algonquin’s international student association said that the lack of requests to celebrate this holiday is the most likely cause for the lack of organization.