Brit O’Neill: Living the dream at the Scotties 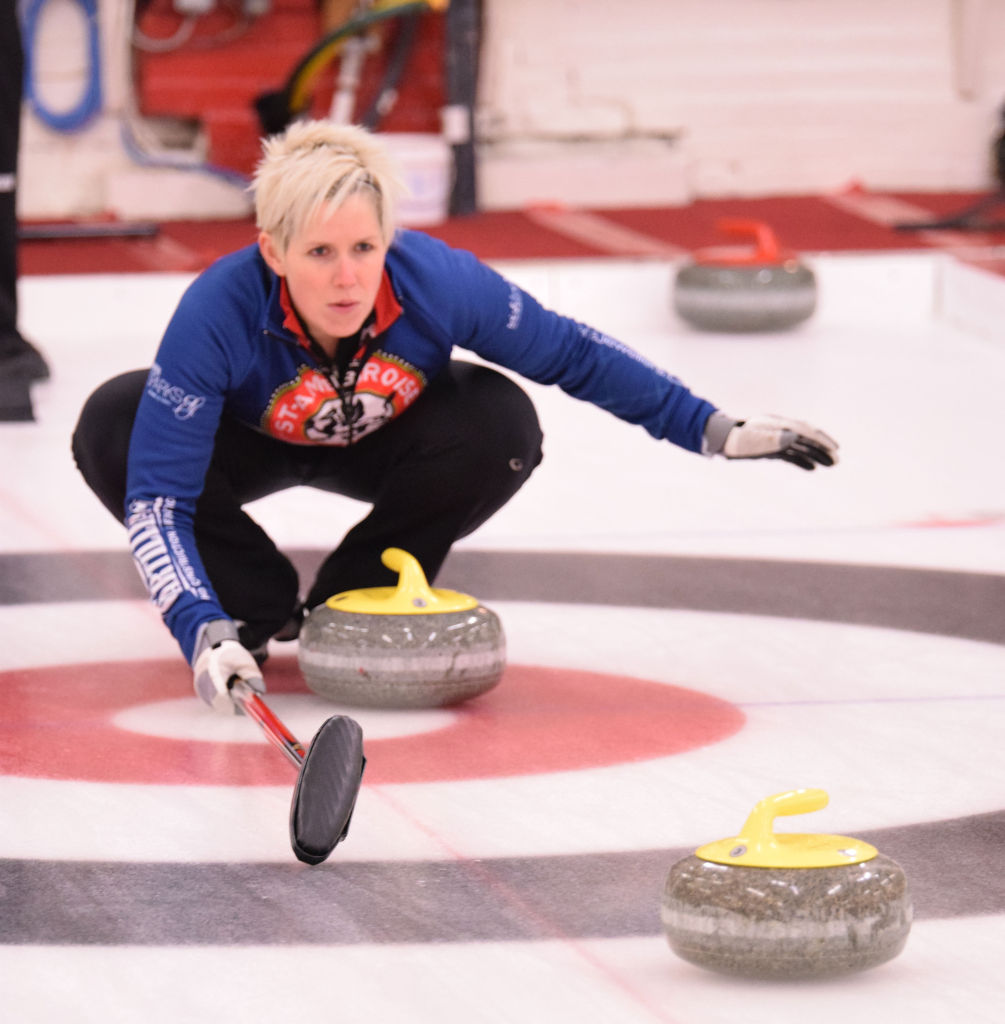 Brit O'Neill lines up a shot as she throws a rock during a practice game before the Scotties tournament began. Team Hanna plays out of the Ottawa Curling Club and represented Ontario at the Scotties Tournament of Hearts.

If you happened to be sitting in the Commons or the main cafeteria Feb. 20-28 you may have noticed the Scotties Tournament of Hearts being broadcast on one of the TVs. What you may not have noticed, is that just one year ago one of those curlers was in your seat, hoping one day she’d get there.

Brit O’Neill is a third-year dental hygiene student at Algonquin and nationally-ranked curler. This year she achieved one of her biggest goals: making it to the Scotties.

“Some people’s goal is the Olympics, mine has always been the Scotties. So to get there, it proves a lot,” said O’Neill. “It’s huge to me. It’s my number one.”

After beating the long-standing provincial champs and national contenders Team Homan – favourites to be Ontario’s representatives at the Scotties – O’Neill has a lot to be proud of.

“When that team loses against just an Ontario team that put themselves together this year, there’s an upset,” said O’Neill. “That’s the beauty of sport. There’s no shoo-in.”

Any average person would be justified to buckle under the pressure of silencing doubt while competing in a national championship on behalf of your province. But like every great athlete and role model, Brit remained gracious, composed and positive in the face of her most unbelievable accomplishment.

“I don’t want to think I focused so hard on doing the province proud that I never got to be like, ‘woah look where I am,’ although I don’t want that to get into my head while I’m there,” said O’Neill.

Along with taking away a winning record – more wins than losses – O’Neill says another goal for Team Hanna is, “to enjoy the experience. There may be a chance I never get there again.”

As a student and competitive athlete, O’Neill had the additional stress of managing clinics, seminars and finishing out her final year to achieve her other dream of becoming a dental hygienist. However, achieving one goal without sacrificing another does come at a cost.

“There’s been years it’s been discouraging, seasons I haven’t been successful at all,” said O’Neill. “I’ve questioned a lot, I’m giving up all my time – my social life for eight months and I’m on the ice a bunch, for what? You wonder is it worth it?”

O’Neill made choices and worked with her instructors that would set her up for success once the Scotties were over.

“It’s a really intensive program. There’s lots of clinical hours, tons of homework. If you want to do it it’s manageable. You have to find a way,” said O’Neill.

Juggling curling and academics is a challenge. O’Neill recognized the flexibility and support of her instructors as a big help.

“They could have easily been like, ‘you know what, no.’ There’s three tests that are going on the week I’m gone and they’re figuring out how I’m going to write them the week before or after,” said O’Neill. “The fact that they let me do that, I’m so lucky.”

She is no stranger to adversity. Dental hygiene is a passion she discovered after initially aiming to become a marine biologist. Struggling to feel like she was on the right path, O’Neill made a change and started looking into college as another option.

Although it took some time to find her calling professionally, her true passion for curling remained constant. Her Scotties teammates include coach Bob Hanna and his two daughters, Jenn Hanna (skip) and Steph Hanna (second), Pascale Latendre, and O’Neill’s partner and Algonquin Hospitality and Tourism alumni, Karen Sagle (lead).

Although they’ve played together for only one year, their tightly knit team had instant chemistry that sailed them through to the largest curling championship in the world.

Team Hanna’s showing at the Scotties ended in a three-way tie for fifth with a winning record of 6-5.

Ultimately, the experience was a rewarding challenge that O’Neill is now taking time to reflect on.

“It left me with questions. I’ll always wonder if I could do better…and I think I could,” she said.