Walking into Ob with music debut 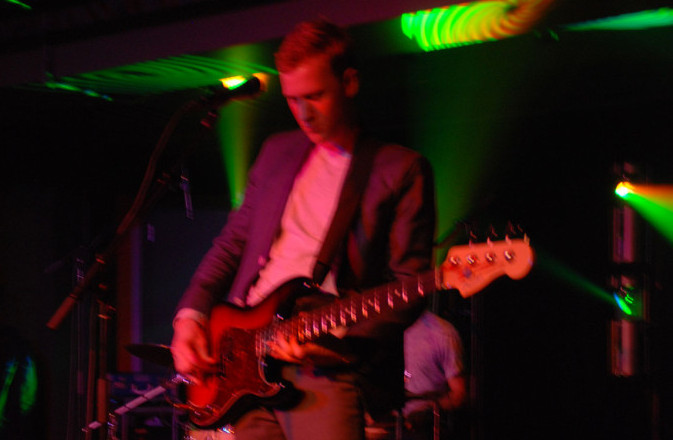 The Walkervilles perform in the Observatory.

After recording their sophomore album in a famed Austin, Texas recording studio, The Walkervilles made their Algonquin debut with an intimate set in the Observatory.

The observatory was the bands latest stop on their Canada-wide tour. The show, taking place Oct.28 was free and provided an up close and personal performance for the audience members in attendance.

“I wasn’t sure what to expect (referring to The Walkervilles), they really caught me off guard with their sound,” Evan Gardiner, a water and waste-water technician said. “They were pretty phenomenal. I’m actually surprised I haven’t heard them on the radio.”

The band blends a soulful mix of motown and rock. The trio lists artist such as Sam Cooke, Sly Stone, Donny Hathaway, Ray Charles and jimmy Hendrix as influences.

Creating a modern day Motown sound, the band displayed their extremely pleasant melodies and a provided a sound that anyone could easily find themselves grooving too.

The studio The Walkervilles used for their latest album has seen many famous acts record there, ranging from the Barenaked Ladies to Bushwick Bill and was produced by famed Canadian recording artist and producer Gordie Johnson.

Opening for The Walkervilles was 22 year-old Los Angeles based singer-songwriter Lily Kershaw who is also on a Canada-wide tour. Her powerful voice has seen her land three songs featured on CBS’s Criminal Minds.

“Her songs are so personal sounding and so powerful,” Jessica Newlove, a business management student said. “She reminds me of Adele kind-of, she has a real soulful voice.”

Kershaw had no trouble entertaining the crowd with both her sultry-voice and entertaining narratives between songs.

“Anytime the Observatory is open late it’s a good night,” Sam Radford, a script writing student said.“And I was really surprised by the first set she (Lily Kershaw) had an insane voice.”

The slick-soulful sound The Walkervilles provided along with Lily Kershaw was the perfect match for a relaxed night at The Observatory.