USS puts on their work shoes for Algonquin 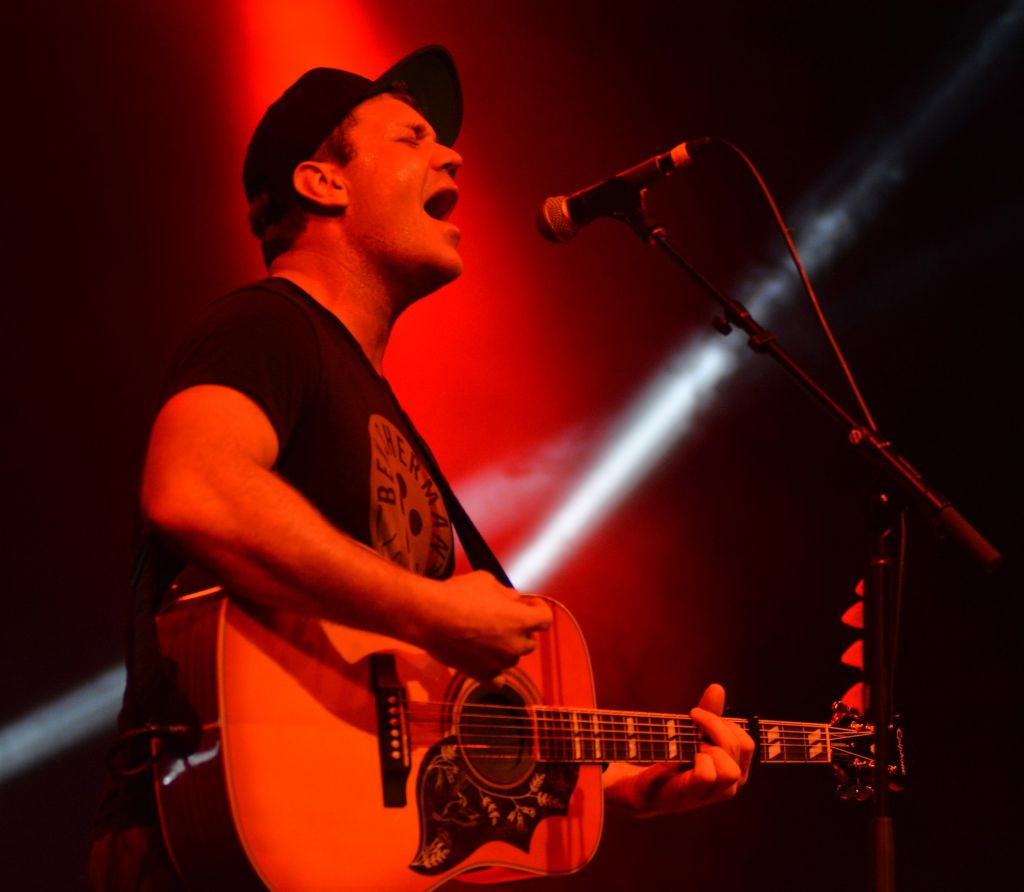 Ubiquitous Synergy Seeker (USS) blew the roof off of the Algonquin Commons Theatre on Jan. 18 as the band made the fourth stop on their New World Alphabet Tour working its way across Canada.

Currently on tour with USS, Newfoundland indie-pop band Repartee was the opener for the show, warming up the crowd with their songs including – Dukes, All Lit Up and Carelessly, Carelessly.

“We have been in a common-law music marriage for 12 years,” said Buchholz, jokingly. The band played songs to promote their new album, which includes their new single Work Shoes that recently reached #3 in Canada.

“It was probably their best show yet,” said Taylor Greg, who is a long-time USS fan.

At one point, the band stopped the show to give a tribute to music legend George Michael – who passed away this past December – by playing the jazz solo of his hit song Careless Whisper.

USS hails from the Greater Toronto Area and tries to find any excuse to make their way back to their hometown and Canada’s capital.

“I just love hanging out in the Ottawa area,” said Buchholz in a phone interview with the Times. “I’m literally going to be spending my day off skating on the canal or taking a hike in Gatineau.”

Buchholz has an amazing love for music and strives to do his best to provide his fans with the best quality sound possible. He grew up loving all different kinds of influential music including EDM, Dubstep, Pet Shop Boys, Wu Tang Clan and many more.

“You know how beavers need to keep chewing on wood because if they stop they’ll die?” said Buchholz. “We work the same way. If we stop playing our music, we die.”

While some artists can retire after a few years of music and playing concerts, Buchholz has a bigger dream in mind for his retirement.

“If I could play a court in England and then play Langley Stadium on the same day, then I could retire with a book and guitar on my front porch and feel complete.”

Both Buchholz and Parsons loved every minute of playing for the Algonquin audience and appreciates everything that their fans have done for them.

“Do you know why we love playing the Algonquin
Commons Theater?” Parsons asked the audience. “Because it’s always a fucking
party.”