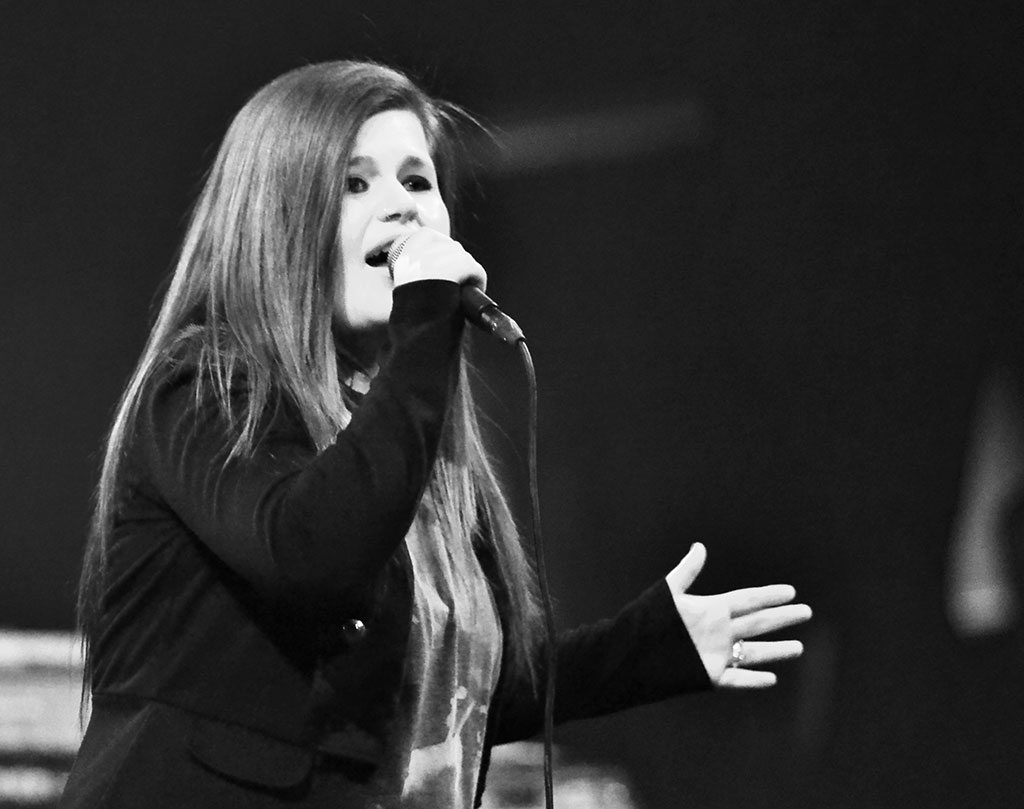 A late night and a long trek from London, Ont didn’t stop a tired Tokyo Police Club from bringing the noise to a crowd of about 600 at Algonquin Commons Theatre on Jan. 16.

Playing the latest show of the tour the night before at Western University, and then making the five hour drive to Ottawa meant little sleep for the boys from Newmarket. But they brought a diverse crowd of all ages to their feet, playing both older favourites and new hits off their due-out-in March album Forcefield.

“We spent a lot of time making it,” said lead singer Dave Monks, in an interview before the show. “We just wrote and we wrote and we wrote so many songs. It definitely felt like we came out of the forest and we were in a clearing and it was like, great! This is what we want to do.”

Forcefield is the band’s first original album since 2010. Despite the lengthy break between albums, Monks said the band did not rush to finish the product.

“The pressure that you always feel externally is like, there’s no time, there’s no money. Do it faster. Do it cheaper. It’s what we tried to operate around at first and then it was kind of like, these aren’t the results that we want. We don’t want to make a transitional record. The record is called Forcefield because all of us just wanted to go and do our thing, and we’ll let you know when we’re done.”

The entire night the Commons Theatre crowd was, as Monks put it, “attentive and agreeable.” This led to him playing a solo acoustic version of Tessellate for an encore, to a crowd so silent you could hear a single cellphone ringtone.

Playing alongside Tokyo Police Club was local Manotick lads, Hollerado. The band provided their usual blend of high energy performance separated with witty banter. The band grabbed attention when it was announced they too had plans to release an album this year.

“We’re going to make a new album soon, since no one bought that old one,” joked lead singer Menno Versteeg.

“Yeah, we have only two more songs for your stupid eight minutes Donny!” said Versteeg, after being given the wrap it up signal.

The night began with opening act The Ecstatic, a local group which features a few Algonquin students.

“I think it’s a great show,” said Events Programmer Bill Kitchen. “For us, we’re excited for the interesting opportunity for a band like the Ecstatic, which has a couple of Algonquin members. Tokyo Police Club and Hollerado were playing a number of campus dates and that’s one of the elements that, as a group of programmers, we angled for. We wanted an opportunity for a local student band to get an opportunity to play in front of a good audience. So from that standpoint it was good for us,”

Students in attendance seemed to agree that the show was a night well-spent.

“I thought both bands were really tight, I thought that they did some adventurous things from how the CD’s sounds. I thought it was high energy and a cool venue,” said Luke Brown, non-student.

Hollerado members even stuck around after the show to chat with fans and take pictures.

“I actually talked to the band members after, just inquiring about the music industry,” said Madison Sleigh an advertising and marketing communications student. “I’m a singer/songwriter myself so that definitely came in handy asking for their advice.”