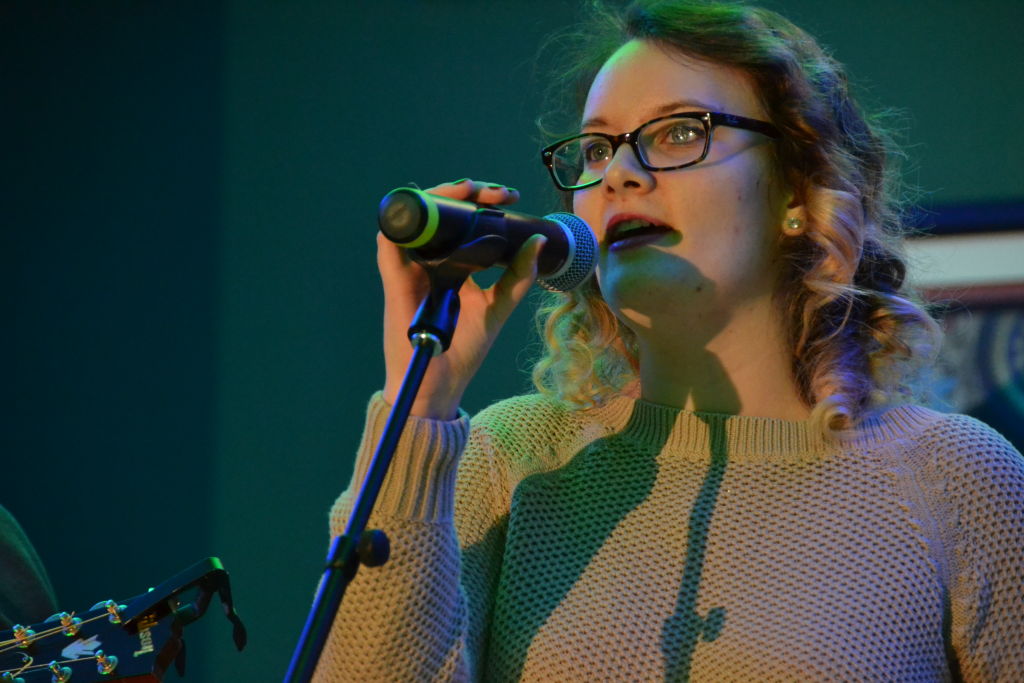 As the applause died down after his opening songs, Laurent Bourque took the opportunity to jokingly clear up any confusion regarding the topics of his ballads.

“That was a love song— just so you know—so we’re on the same page.”

Judging by the rapt attention the audience of about 40 students paid during Bourque’s set, the explanation was entirely rhetorical.

The Toronto-based troubadour was the host for the open mic night put on by the Student’s Association, held in the residence lobby on Nov. 10.

The atmosphere was cozy with a handful of leather couches in rows, tucked away in an alcove. Residents of the building would occasionally pass through the area on the way to their rooms and take in a performance.

“This was cool,” said Bourque, after the show. “It was really fun.”

Students who signed up to perform brought a variety of musical talents and genres to the stage, from Amy Winehouse to Weezer to Creedance Clearwater Revival. There was even a trumpet player who dazzled the audience enough to earn an encore.

First-year Music Industry arts student Katie Sutherland sang Pumped up Kicks by Foster the People and She will be Loved by Maroon 5, with electrical engineering student  Patrick Mulholland backing her up on guitar and vocals. She was impressed by the night’s performers, especially Bourque.

The pair met at an open mic event during the summer and decided to team up and learn some songs to perform together. Sutherland joked that she kidnapped Mulholland and held him as a hostage guitarist.

“It was dark,” Mulholland recounted, chuckling. “This young lady approached me and asked if I was going to sing.”

This event was the pair’s first as a group. Both were pleased with their performance and the night as a whole.