Spenny at the Ob spills big load of answers about sex 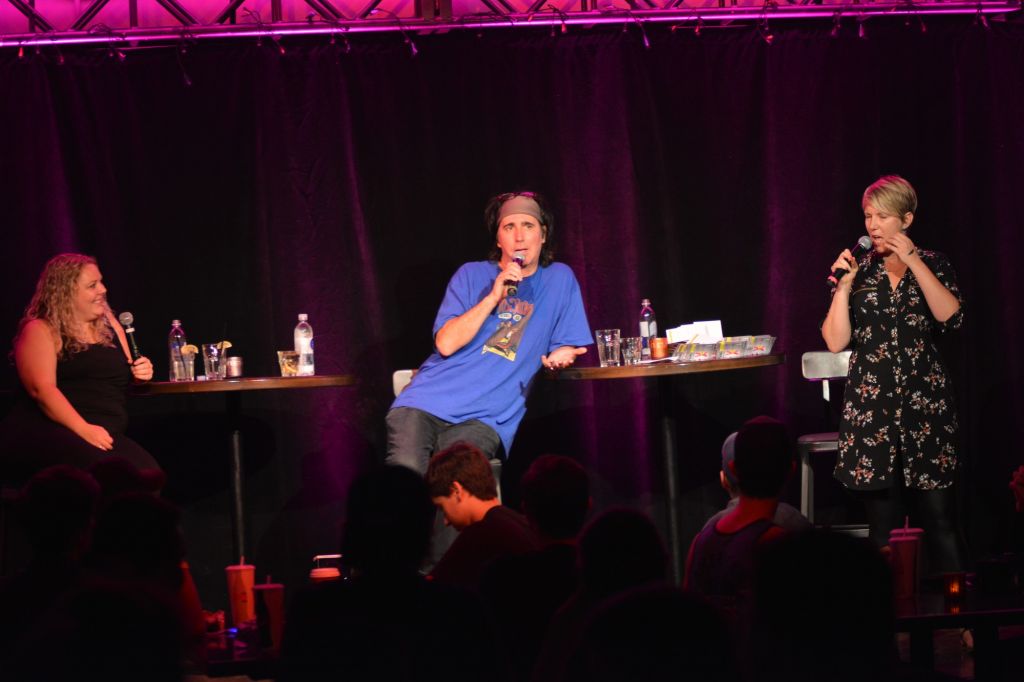 Spencer Rice of Kenny vs. Spenny fame took to the stage at Algonquin’s Observatory on Sept. 19 to answer these and other anonymous questions and more about sex in the most outrageous, raunchy and helpful manner he could.

Both Rice and Crawford used such penetrating questions to provide comedic commentary and explain that people should look at sex in a mature and healthy manner.

“We want to shine a light on sexual violence and help navigate healthy sexual relationships,” said Crawford. “We want to open up conversation of sexual abuse while openly talking about sex like adults.”

Students were able to write down personal and/or funny questions about sex onto cards provided before the show. The event’s host Amanda Nielson would then read out the questions for Rice or the college’s sexual violence and harm reduction prevention coordinator Sarah Crawford, to answer.

Nielson was able to set the mood for the crowd by exclaiming that the show is not going to be like your sixth grade sex-ed class — and that if anyone is easily offended, they should just leave.

After the show, Rice was able to hold a meet-n-greet for the audience where he took pictures with fans and signed merchandise. Rice agreed that the event was a success and that he enjoyed his time on stage with Crawford.

“It’s great to have someone on stage with me who actually knows what they’re talking about,” said Rice. “I would love to work with her again any day of the week, except Sunday, because that’s the Lord’s day.”

Rice continued to comment that it was very natural for him to be up on the stage, talking about sex so openly and casually.

“This is very easy for me; all I have to do is be honest and tell the truth,” joked Rice. “It’s a hell of a lot easier than playing guitar.”

“Part of me is to be honest,” said Rice. “I think it’s a complex issue that allows a lot of different comedic openings and I think it’s something that needs to be discussed.”