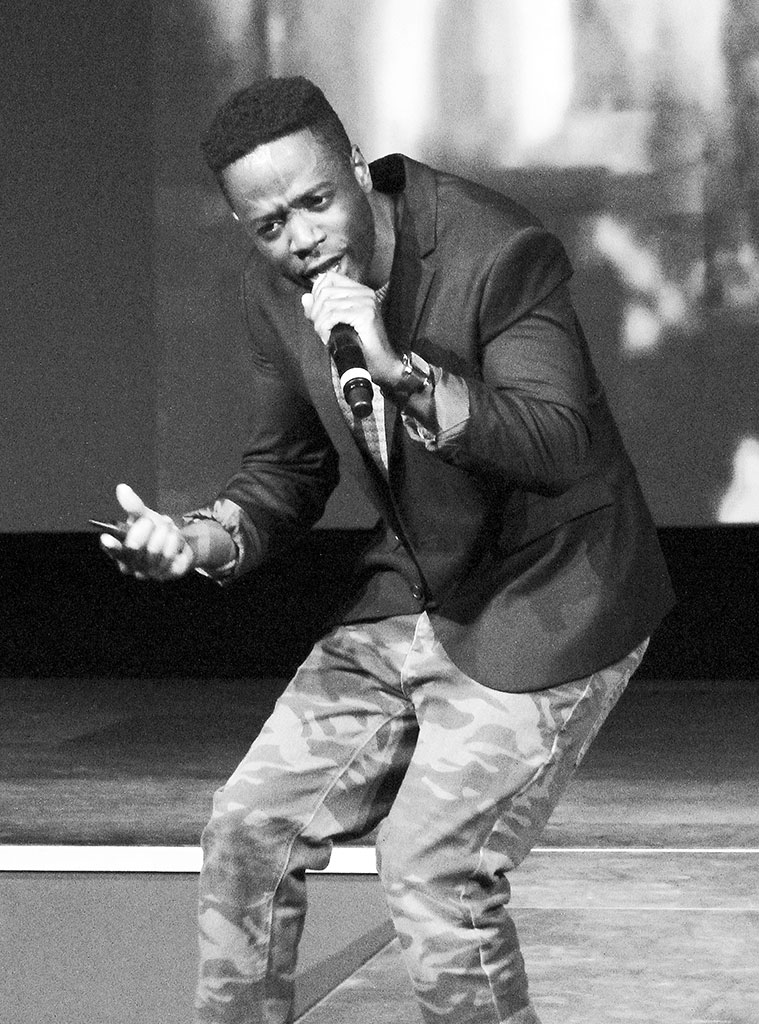 The sound of fingers snapping filled the Algonquin Commons on Feb. 11 while an intimate crowd was treated to music and poetry of rap-artist Shaun Boothe in honour of Black History Month.

The show-openers and poets included PrufRock Shadowrunner, Brad Morden with a ukulele and JustJamaal The Poet in a bare-bones but empowering performance of just speaker and audience.

While each performer’s style was uniquely different the overall theme remained, the recognition and significance of black history.

In a collection of Unauthorized Biography Series, Boothe creates a rap-style life history of influential black figures from Martin Luther King to Sean ‘P.Diddy’ Coombs, to tribute their legacy.

“The importance of Black History Month is that it gives us an opportunity, a platform to tell stories that are positive, to balance all the other images we see,” said Boothe.

Boothe suggests a way to counterbalance stereotypes is for the media to provide a better representation of the news, not just choosing negative stories.

“The stories they tell about black people, black culture, is so imbalanced, so negative you see the same imagery of poverty, crime all the time,” said Boothe. “If I delivered the news I would save a little room for inspiration and to tell stories of courage, stories of people who face opposition.”

Candice Bruchhauser, a part-time student, expressed the simulating environment she experiences when attending spoken-word poetry events. “I really enjoyed it.” said Bruchhauser. “It was really well executed, as far as the timing, presentation and the content.”

Growing up in Toronto, Boothe got his first taste of the music industry after interning at MuchMusic for a year.

“I really connected with the production side,” said Boothe, describing how the internship allowed him to explore a variety of different aspects to broadcasting and music production.

On production side, Boothe went on to record two rap albums, landing himself an MMVA nomination in for his song “Let Me Go” in 2012.

Since then, Boothe has been touring colleges, universities and elementary schools throughout Canada to promote his Unauthorized Biography Series.

“Kids are so much smarter than we give them credit for, the totally got it, said Boothe. “Its funny how certain  things just transcend age.”