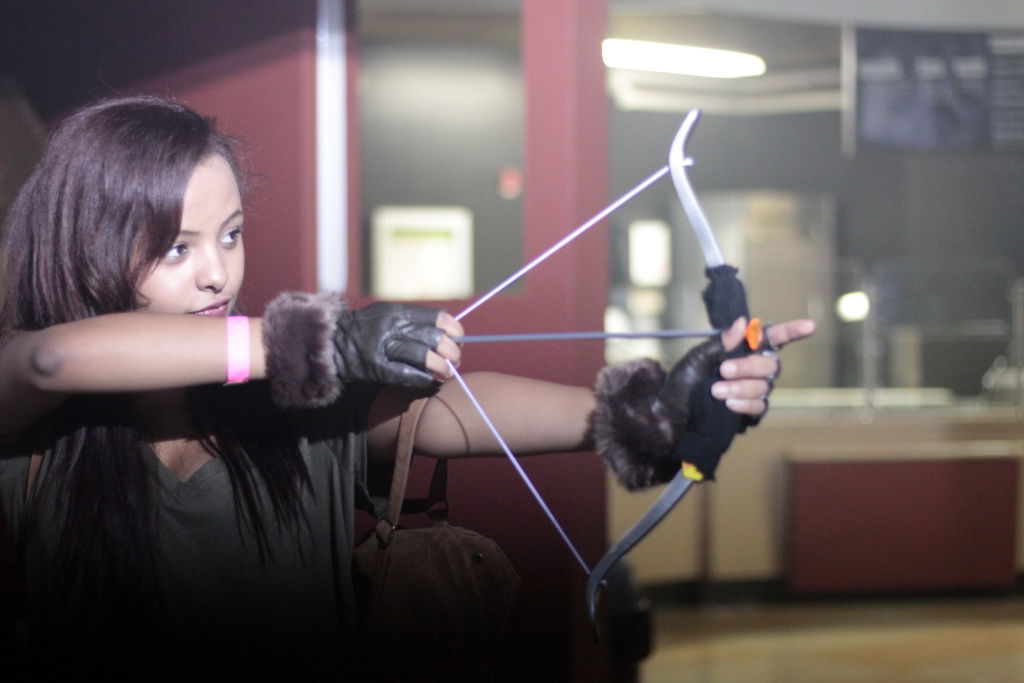 Ravers and nerds alike flocked to see Kristian Nairn, also known as Hodor from HBO’s Game of Thrones, play an electronic music set at the Observatory on Oct. 9.

Nairn, who had just arrived from Ireland, had the high-energy crowd chanting “Hodor!” within minutes of taking the stage and didn’t release them from his grasp until he finished his set an hour later.

Hosted by the Algonquin Students’ Association, the bustling event had the the Observatory looking completely different. The usual arrangement of tables and chairs were ditched for a dance floor and a flurry of flashing lights and lasers to transform the lounge into a nightclub.

The event was open to the general public, though Algonquin students were given discounted prices on their tickets. Even with that discount, the price was $25.

That didn’t stop electronic music and Game of Thrones fans from coming out in droves.

Two of those people were Brandon Hadlow, a biochemistry student, and Fila Tsige, a food science and nutrition student. The pair were cosplaying as matching characters from the show.

“We thought everyone would be dressed up,” said Tsige.

“I thought it’d be cool to dress up as Jon Snow, I’m just as surprised nobody else thought of it,” followed Hadlow.

Hadlow and Tsige were treated like celebrities and were asked to take pictures and selfies with other concert-goers throughout the night.

Nairn himself played a very diverse set of varying types of house music. Playing classics from Faithless and Daft Punk to the newer, heavier sound of future bass from artists like Jauz. Peppered in were Nairn’s own releases, including the newer release “4Love”.

One of those rowdy fans was Robert Sloan, a first-year advertising and marketing student. Sloan took it upon himself to be one of the people in the crowd to keep the energy high, jumping and dancing throughout the night.

Sloan, an experienced raver, said that he thoroughly enjoyed himself.

He also said that this was one of the better shows he has attended in recent memory.

Nairn, even though he lost his luggage and had to play his set in a pair of track pants, told the crowd he enjoyed his time spent at Algonquin, before exiting promptly to try and track down his suitcase.