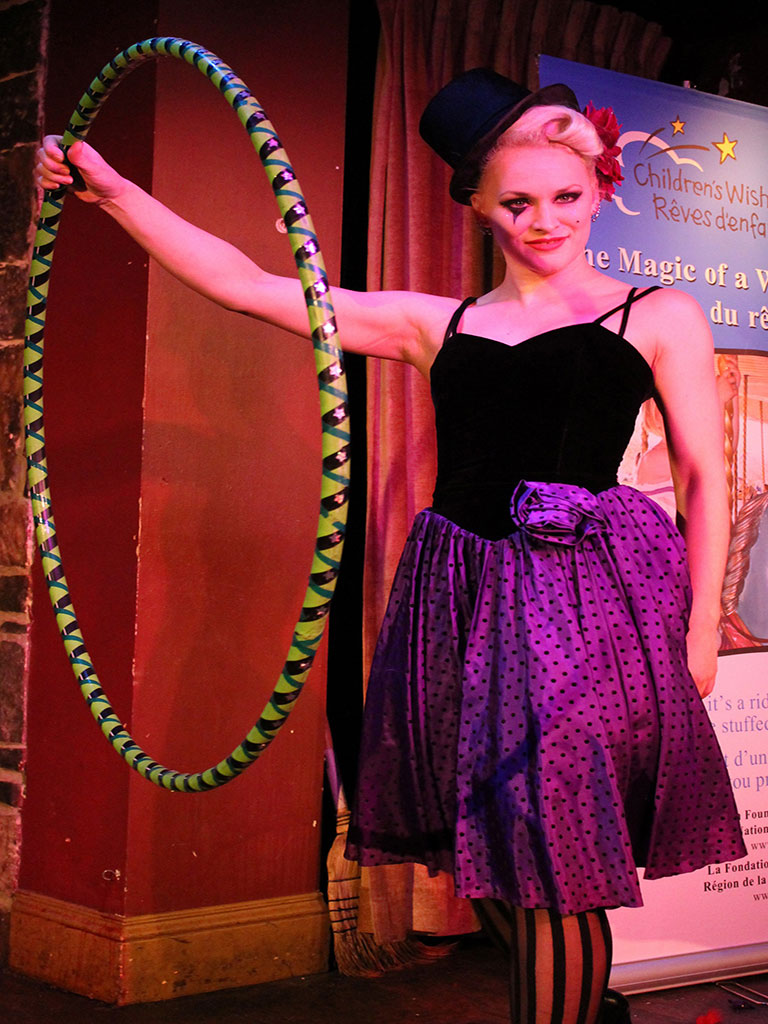 A burlesque show was organized by event management students to raise funds for the Children’s Wish Foundation on March 7.

Big Top Burlesque took place at the Velvet Room in the Byward Market, where 100 guests enjoyed an adult circus theme show by Ottawa-based performers. The event quickly sold out.

The fundraiser was meant to be fun and sexy, said Leila Jakublinek, one of the four student organizers.

With 11 burlesque performers, a juggler and a humorous master of ceremony, the show made the crowd feel uncomfortable, shocked and at times, it made them laugh.

“It’s quite tamed, quite tasteful,” said Ingrid Deaoog who attended the event.

With a performance to the Lion King’s The Lion Sleeps Tonight, Bella Barecatt rocked a pink leopard print flannel pyjamas with a racoon tail pinned in the back. Shaking her butt to the rhythm of the song, she mimicked a cat and playfully stripped to the music. The audience was quick to applaud and scream when the music ended.

At intermission, coloured feathers that had fallen from all the boas used throughout the performances as well as sparkles and confetti were swept off the stage.

The crowd was ecstatic when broken glass was placed on a blanket on the middle of the stage. Jolie Stripes made her entrance on stage dressed as Jesus, but soon removed the long white cloak to reveal a slim black dress with coloured stripes.

Almost in the nude, she then proceeded to walk on the scattered broken glass as the audience stared in silence. The sound of cracking glass as she performed her routine stunned everyone; even Alex Lewis, the M.C. who had never seen the show before, couldn’t hold back his astonishment.

The extravagant event gathered approximately $3,700 for the Children’s Wish Foundation an organization Algonquin has had a long-lasting partnership with.

Last year, Algonquin’s event management program raised enough to support 10 wishes, said Ian Smith, a Children’s Wish Foundation spokesperson. Also, most wishes cost about $10,000 and an example, he told the audience some kids have ambitious wishes such as meeting Nickelback or traveling to Euro 2012.

Every year, the event management program puts on multiple events as part of their final projects to raise money for the foundation.