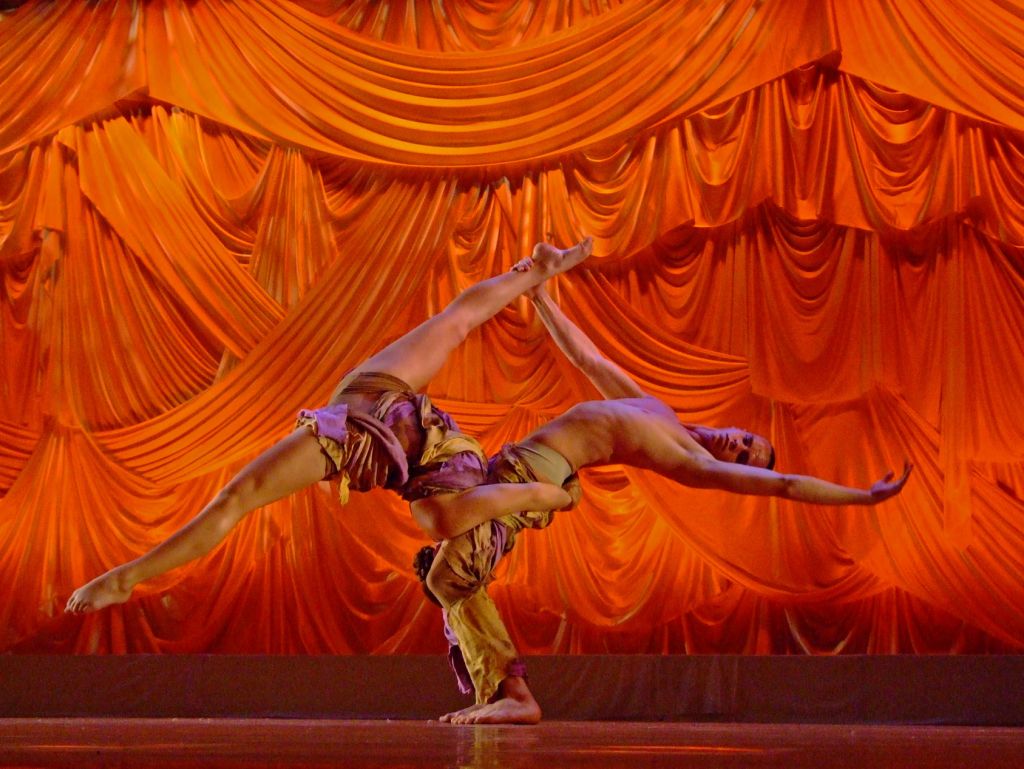 “The show at Algonquin was the first stop on our 10th anniversary tour,” said Mikey Perkins, choreographer and executive director of the company. “In the past we have gotten a great response and a strong following. We like to entertain our crowds and present an athletic and dynamic performance.”

Phoenix Project Dance was founded in 2004 under the artistic direction of Amber Perkins and is currently in its eighth season. The idea that a bird is reborn from the ashes of its own demise was the inspiration for the company.

The reinvention of one’s self is the driving force behind Phoenix Project Dance’s artistic vision.

“This is our third time in Ottawa,” Perkins said before curtains rose at the beginning of the show. “We started 10 years ago in New York with one piece of choreography.”

That first choreographed number was ‘Firebird’, a piece which served as the inspiration for the troupe’s namesake. During its finale, you could see principal dancer Christina Jensen rising with beautiful wings from ashes portrayed by dancers in colourful costumes.

“I draw inspiration from all around me. Anything that grabs my attention.”

There were other interesting scenes throughout the evening as well, such as the rather bizarre occurrence of a fellow wandering around the theatre before joining in a spectacle which for all intents and purposes seemed to be breaking the fourth wall.

“I draw inspiration from all around me. Anything that grabs my attention,” said Perkins. “In a world that has stimulation from all angles I am drawn to the little things that make me stop and think.”

Phoenix Project Dance has achieved great successes in both Europe and North America. In winter 2006 they toured Bavaria, Germany. More recently, Phoenix Project were selected to perform for a third time in Manhattan as part of the Thang Dao Contemporary Dance Festival. After a successful year in 2011, they began a new phase of growth and the company was booked for 10 more shows including the prestigious Nazareth Dance Festival, and the Downtown Dance Festival at Battery Park in New York.

“The most rewarding aspect about sharing our artistic vision with others is when people wait around after the performance and are moved by what we do as a company,” said Perkins. “When people are drawn into our vision and take away emotions and feeling.”

Other performances of the night included Atomic Mother, Before My Time, Be/Still, and Six Breathes.

“Much like our name, we are constantly trying to reinvent ourselves,” Perkins said. “We want to push our creative boundaries.”