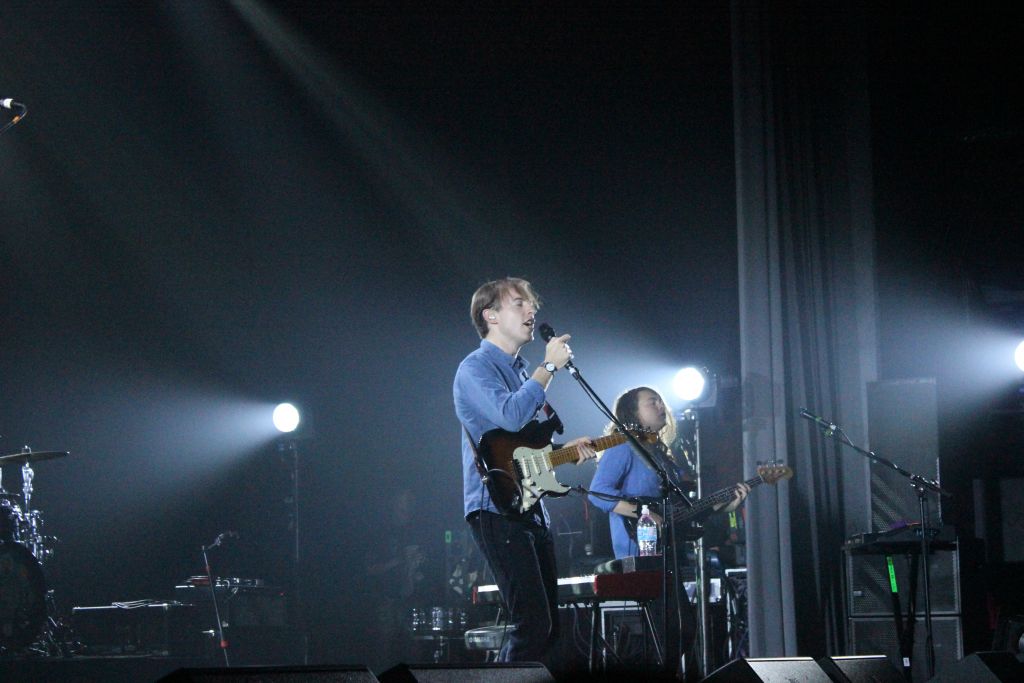 British-indie band Bombay Bicycle Club blasted the Commons Theatre on Oct. 17 with an intense performance that included engaging backdrops and eclectic rhythm to an enthusiastic and spirited crowd.

The line-up included the pairing of three groups with very different and diverse sounds.

First to take the stage was the fresh New Orleans-based group Luxley where energetic front-man Ryan Gray showed off his dancing skills.

“Those moves came about during rehearsals before we left Louisiana for the tour,” said Gray. “They’re dance like no one’s watching, drunk man dancing, whatever you want to call it. That’s pretty much my frame of mind, it’s mostly I don’t care.”

Formed in 2012, Luxley’s website description states “We are wildfire. Dance with us. You’re the Spirit.” Spirit refers to the name to their upcoming EP due out in spring 2015.

Have an off-day, so looking back at three nights of great shows, starting with #Ottawa. <3 you, Canada. pic.twitter.com/BXM88sCo46

Next to take the stage was self-proclaimed cinematic pop band Milo Greene from Los Angeles with their whimsical sound. The five-piece band consists of four lead singers including a female who gives the group a unique dynamic.

The quintet started the evening with their newest single White Lies to a captivated crowd as Marlana Sheetz generated her harmonious sound.

In 2012 the group created a short film entitled Moddison that involved a collection of all the videos from their self-titled debut album that, when watched in sequence, make up the 37 minute film.

At last headliners Bombay Bicycle Club exploded on the stage in a performance that relied just as much on the visual component as the music itself. The show included seven circle-shaped projection screens, similar to the art on their latest album cover that flashed various graphics to accompany their songs.

Formed in 2006, the band has been known to dabble in various genres such as folk, electronica, and indie rock with their five albums displaying a distinct yet diverse style.

Along with receiving much acclaim in the UK, Bombay Bicycle Club became recognized in 2010 after its song How Can You Swallow So Deep was featured on the Twilight Saga: Eclipse soundtrack.

The 19-song performance had many concert-goers on their feet, shuffling and swaying the whole time, even creating a dance party to the left on the stage. Included were some of their most popular hits such as Luna, Its Alright Now and Always Like This as well as a cover of With Every Heartbeat by Swedish 90s pop-icon Robyn. The show closed with an encore presentation of Carry Me from their latest release.