Musician drums up a crowd at Algonquin Commons Theatre 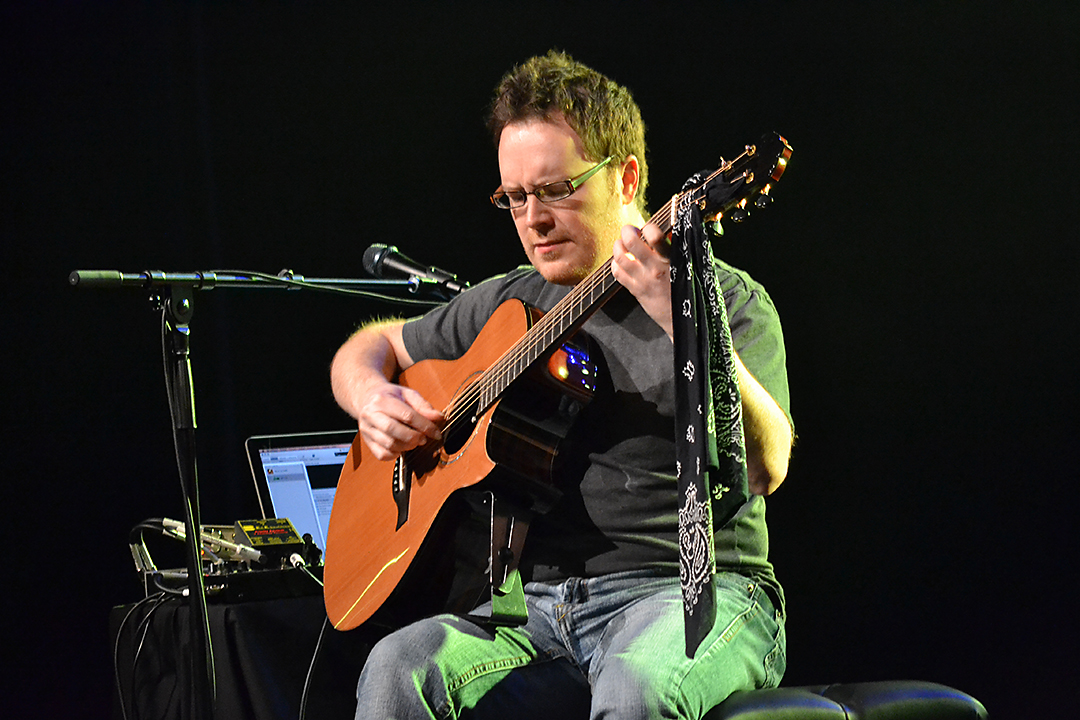 Teaching guitar may be one of Antoine Dufour’s specialties, but for on March 21, it was a different type of student making up his audience, as he performed for Algonquin students.

The Algonquin Commons Theatre opened its doors for a free concert from the fingerstyle guitarist, his fourth show at the college.

“It’s fun, a lot of students get to see something that they weren’t aware of,” said Dufour.  “It’s good they discover new music and new things you can do with an acoustic guitar.”

As a fingerstyle guitarist, Dufour is able to play acoustically while simulating a drum beat by striking parts of his steel-string guitar.

“I have a lot of fans on YouTube, so my fans are sort of spread out everywhere,” added Dufour.  “It’s hard to get them all in one spot.  I’m not playing in front of crowds that are huge, but it’s enough to have fun and make a living.”

The L’Épiphanie, Quebec native was previously named the best in the country, finishing first place at the Canadian Fingerstyle Guitar Championships.

About 40 students filed in during the lunch hour to watch him perform songs that he’s composed over the course of his career.  While he had previously visited Algonquin, this was his first act at the new theatre.

“This is a nice place, it looks awesome,” he said.  “It’s such a big space, but this was a fair number of people today.”

“We’ve been holding these lunch time open houses and I think it’s a good opportunity for students who haven’t seen the space yet.  It’s also a chance for the college community to go, and staff to come and see it and showcase what the room can do.”

Dufour added that while he has played here numerous times, he wouldn’t rule out another repeat performance.

“Anytime they want me to play here,” said Dufour.  “Until they’re tired of listening to me and want to book someone else, for sure I’ll do it.”