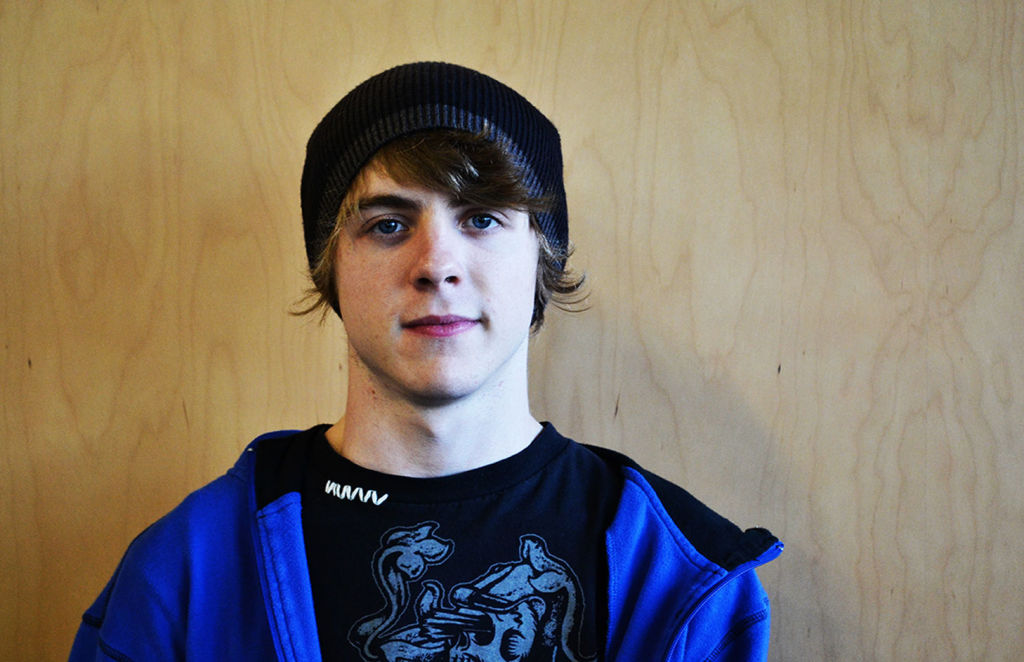 Andrew Parmelee, 19, is the drummer of Crossing Jane. The band came up just short of being selected to open for Theory of a Deadman.

Every young band is looking for their big shot: a chance to establish themselves and become famous.  Things don’t always go as planned for most bands, as some never get their shot, or they don’t seize the moment once they get it.

One local band, Crossing Jane, has been waiting for this moment once they started playing together four months ago.

The band came up just short in a contest to open for Theory of a Deadman in London, Ont. on Nov. 7.

“It’s just a speed bump for us,” said music industry arts student and drummer of the band Andrew Parmelee.  “We’re still trying to find our sound as a band so there is still lots of work to be done.”

The band consists of Parmelee, Fred Clements on vocals, Liam Price-Foley on bass and Kyle Vanwort and James Proctor sharing the rhythm and lead guitar duties.

“We all bring something different to the band,” said Parmelee.  “Kyle (Vanwort) and James (Proctor) work together a lot, Fred (Clements) brings an Our Lady Peace tone with his voice, I bring a pop-punk style, Liam (Price-Foley) really brings a post-hard-core style music and when you put us together we create a genre mixed with all of that and it sounds super cool.”

Including Our Lady Peace, the band looks up to idols such as Alice in Chains, Black Sabbath and the Red Hot Chili Peppers.

“We consider ourselves hard-rock alternative,” said Parmelee.  “We have a real dynamic range with some rock ‘n’ roll, heavier stuff and some crowd pleasers.”

Dedication has been a major factor for the success of Crossing Jane thus far.  It all started when a 19-year-old Parmelee posted an ad on Kijiji stating his interest in joining a committed band as a drummer.

“A drummer can be extremely difficult to find so I received quite a few inquiries,” said Parmelee.  “None of the offers really caught my eye until James and Kyle started sending numerous emails.  They were too persistent to pass up.”

Clements and Price-Foley would join the band afterwards.

After playing a number of shows around Ottawa and Gatineau the band plans on taking a break from performing to start working on their new album.

“Every penny we earn goes right to the band,” said Parmelee.  “We try and practice every day because we really want to take this band to the next level.”