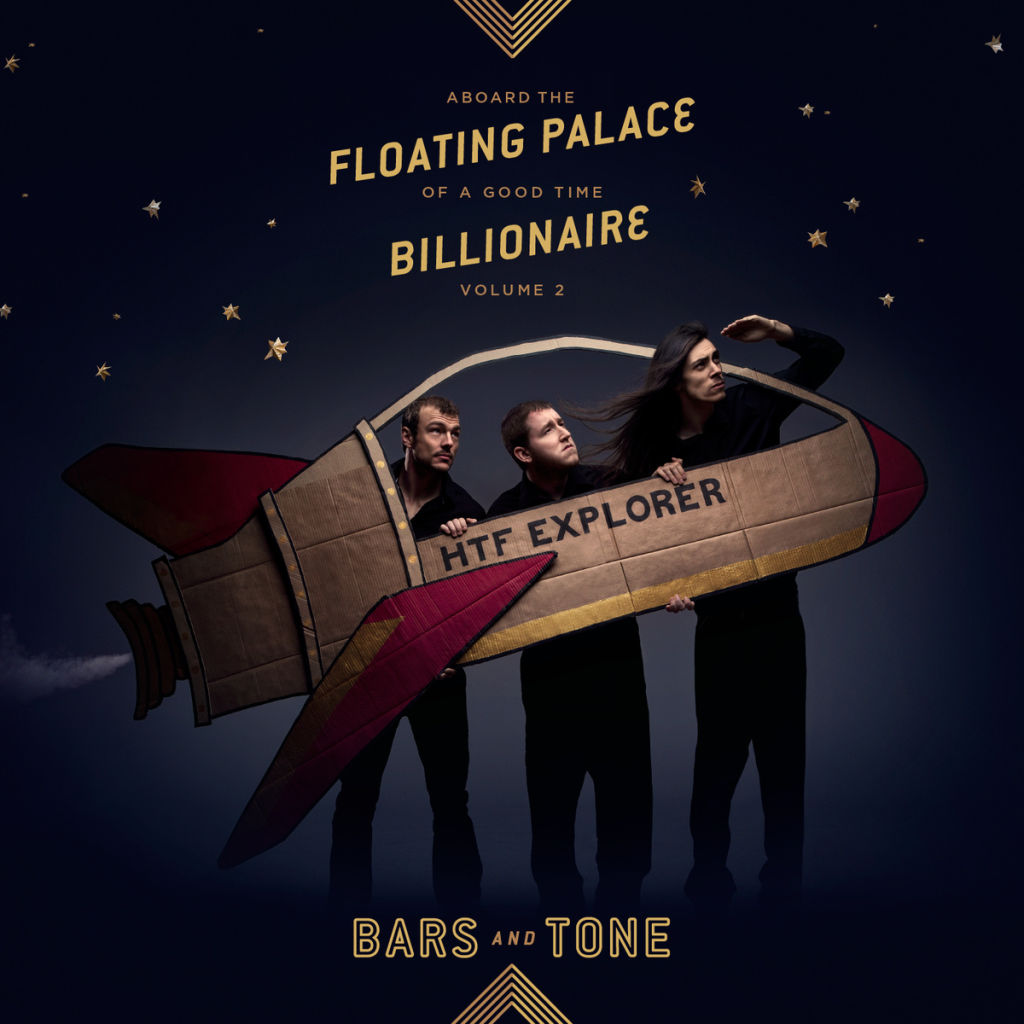 Bars & Tone were headliners at Babylon nightclub for their album release party on Nov. 21.

Bars & Tone were headliners at Babylon nightclub for their album release party on Nov. 21.

The trio were there to promote Aboard the Floating Palace of a Good Time Billionaire volumes one and two, a new dual album release that they hope will push the band’s visibility into the stratosphere.

Founded under their own label, DeadRinger HTF, the band comprised of vocalist/engineer Gruw Raw, bassist/pianist/vocalist Sean Blake and guitarist Joe Nativv describe themselves as a Canadian alternative hip hop group with a folk rock/p-funk twist.

While volume one projects a sound that’s more down to earth and is more rock with a hip-hop influence, volume two has a spacey vibe to it and is more hip-hop mixed with rock.

“It’s like the album covers show,” said Nativv. “On one of them we’re on a boat and it’s in nature while in the second one we’re on a rocket ship.”

The decision to release two albums was a result of there being too many songs to simply throw onto a single one.

Slight inspiration was also drawn from Nelly’s Sweat and Suit dual albums which were released simultaneously in Sept. 2004. The group decided to tweak the idea a little bit, instead opting to release the albums roughly a month apart.

“It looks impressive,” said Nativv. “It looks like we made 23 songs in two months.”

But they also learned about the challenge of promoting two albums almost simultaneously.

“We did flub and in a way we’re learning from our mistakes all the time,” said Blake.  “We’re making lots of mistakes which I see as a good thing because if you’re not making mistakes then you’re not trying anything you’ve never done before.”

“In putting out two albums, I think when we put out the second album people thought we were still promoting the first one since they kind of have similar names. You had to read ten words before figuring out that we had put out a new album.”

With two years between their last album, the trio had a lot of time to learn and experiment on how to improve production, sound, and promotional efforts for them and the rest of the DeadRinger HTF crew.

“We’re kind of the production team for the rest of the crew as well,” said Blake.

“The evolution is part us just making a shit-ton of songs, but it’s also us making songs for a lot of other people.”

They also attribute their evolution and general progress to the healthy inner-competition at DeadRinger HTF.

“DeadRinger HTF is definitely the reason why we’re as good as we are,” said Blake.

“It’s just working with other people and just being motivated by the fact that somewhere out there one of these guys is writing the sickest song they’ve ever written and I need to step my game up. It’s just like a synergy, one plus one equals infinite.”

After putting out their first album and going through subsequent experiences, the group have said that they’ve learned how to be more responsible and active when it comes to promoting themselves. Back when they released El Taco Del Fuego (Hot Taco), they had set a release date for the album, but when the date finally came they were still mixing the album that night. In turn, they put out the album when it wasn’t ready by their standards and also missed the Juno deadlines.

“We realized that you can’t, in this time where everybody and their mom and dog has a fucking recording studio, just put out an album and be like ta-da, fly album,” said Blake.

And the group is hopeful that with all they’ve learned they can better connect and represent themselves to the fans.

“We don’t want to be Oasis,” said Nativv.

“Everybody hates them but their music is good.”

During the course of producing these two albums, the members have put in 90-hour work weeks, spent thousands of dollars on equipment, jammed during holidays, toiled over entire weekends and in the end Blake and the members hope that people really take to it.

“I just hope people pay attention,” said Blake. “I feel like there’s a lot in there if you listen to it.”

You can stream and download their music at http://get.barsandtonemusic.com