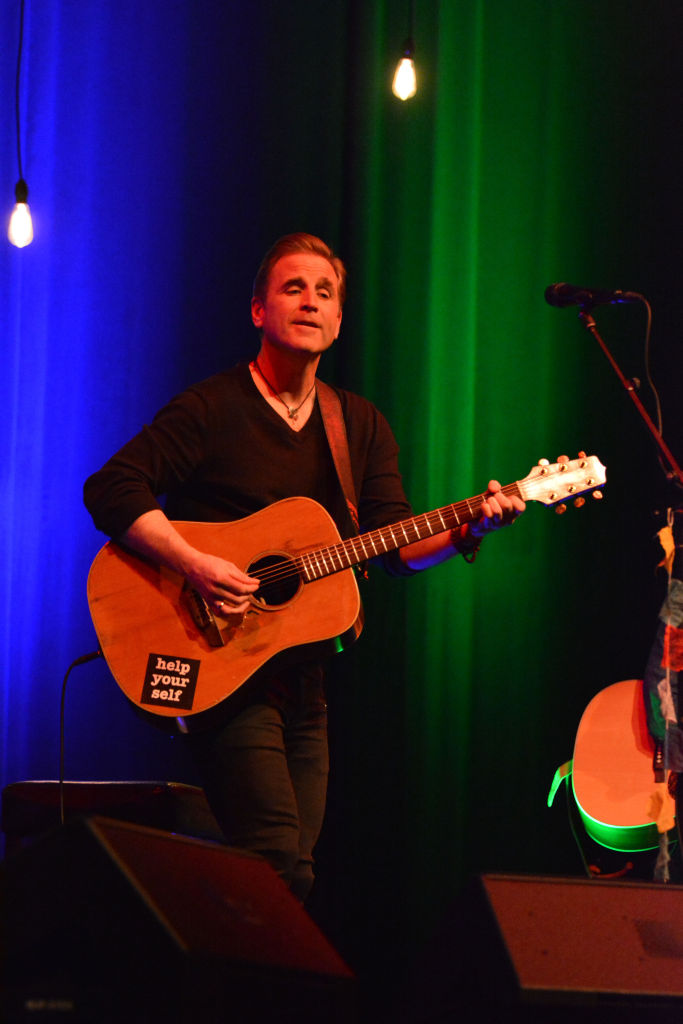 The former member of Great Big Sea has dealt with alcoholism and child abuse in his path for being a solo artist. McCann was welcomed to the Commons theatre in the latest installment of Algonquin’s Intimate and Acoustic series, along with Ken Yates and Pat Maloney.

“It’s been a violent correction.  I am not a quitter; I quit drinking, but that is the only thing I am going to quit.  I want music to be part of my life.  Every day is worth fighting for and it’s an uphill battle.  It’s not easy but we do it,” said McCann in an interview with the Times before the show.

The relationship between McCann and the other band members of Great Big Sea is essentially non-existent.

He has been playing solo since he left Great Big Sea and has also been sober for nearly five years.

“The main difference is now when I play solo, there’s not 48 beers, four bottles of wine, a bottle of scotch, a bottle of rum and the rider,” said McCann, referring to the amount of drinks provided by the venue for the performer.

McCann also had to face his alcoholism and child abuse, which he had been avoiding by hiding behind the band.

“I believe music is strong medicine; I believe that it saved my life and I’m not saying that cause it’s cool shit to say, I say it cause it actually happened to me,” said McCann, regarding facing his alcoholism and child abuse.

McCann was the headline performer for the March 21 Intimate and Acoustic concert.

The show was more popular this time around, with people as young as eight in attendance.  Many of the audience members were fans of Great Big Sea, and interested in McCann’s solo performance.  The crowd was full of energy, and sang along when the opportunity presented itself; with a little coaxing from the performers.

The songs varied in theme, covering everything from love, children, sex, tours and drinking.  The final song of the night was the only song played by all three of the artists at the same time.  In order to commemorate spring, the artists played ‘You are my Sunshine’.

“Lengthy drives.  It’s a big country, but great people everywhere you go.  I love Canadian people and I love the scenery.  There’s never a shortage of beautiful things to see in this country, so I am happy to do that,” said Maloney about touring across Canada.

He left on a VIA train to Manitoba the next day.

Yates has not yet done a full tour of Canada.

“I do most of my touring in the US, and that’s not really on purpose.  It’s just cause I found it easier to tour, easier to route and easier to plan tours.  I would just love to tour Canada some more.  I have toured Ontario and I’ve toured the east coast a few times, and I love it; I want to do more of it,” said Yates.

Maloney and Yates both have albums coming out later this year, in June-July and September respectively.