In Game of Bones you laugh and you dine 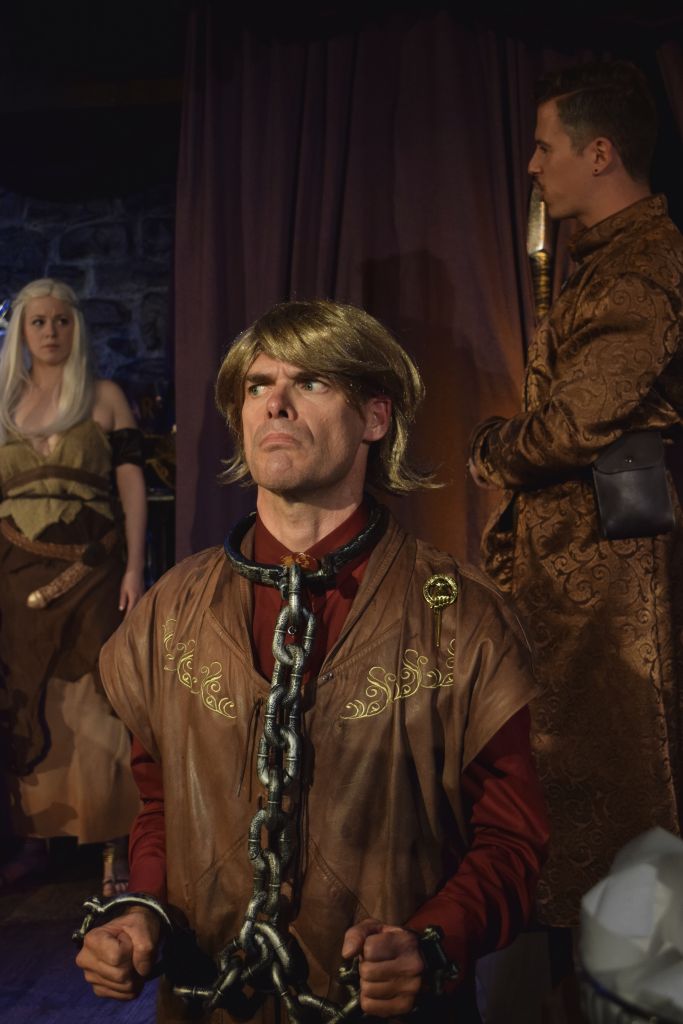 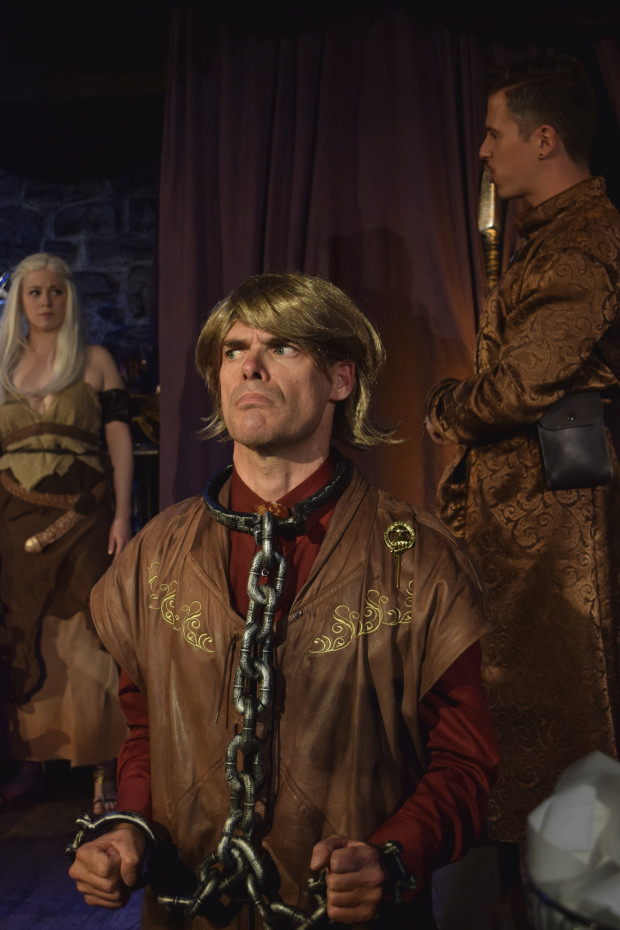 When was the last time you enjoyed a great meal, a few drinks, and some live bloodshed?

Algonquin theatre graduates, who are part of Eddie May Mysteries, are making this happen for audiences at Scarlett’s Dinner Theatre in the Market with the show Game of Bones. Admittedly, the bloodshed is fake, but the food, drink and laughs are very real.

Game of Bones is about seven LARPers (or live action role players) who get in full costume and act out their own version of Game of Thrones. They just begin to get into it, when one of their fellow LARPers dies for real. Naturally, hilarity ensues.

Zach Counsil, a 2006 Algonquin theatre grad, directed the play and wrote the script with help from the cast. The collaborative effort shows – the cast owns the performance in a way that can only come from being an integral part of the writing process.

Counsil explains that the script was written through a series of workshops to develop ideas, concepts and themes. They would then run through a series of exercises to play with them and test them. After the workshops, Counsil would write out scenes and bring them back into rehearsal for more work.

In a sense then, the entire show revolves around what Counsil refers to as the cast’s “playful spirit.” This element of improvisation, critical to the creation of the show, is also maintained in its performance. This is what makes the show so enjoyable for the audience.

Game of Bones relies heavily on direct interaction with the audience. The audience is encouraged to shout out during the show, which the cast members respond to with rapid-fire wit. Audience members are sometimes even invited on stage.

The cast members also remain during intermissions, wandering from table to table as the audience enjoys their meal. They stop by tables and talk in character with the audience.

Passing through at intermission, Adams, playing Baelish, could be heard telling an audience member “…maybe be wary of the more powerful houses. And the Wildlings. They just smell like cat piss.”

“I was like, I’m not even going to bother with this. I thought I was going to go be a teacher.”

However, while attending Algonquin, Adams and a friend started their own theatre company and the teaching job got put on the back burner. Five years later, the company is still growing and Adams is still performing.

For information on tickets and show times, visit eddiemay.com.