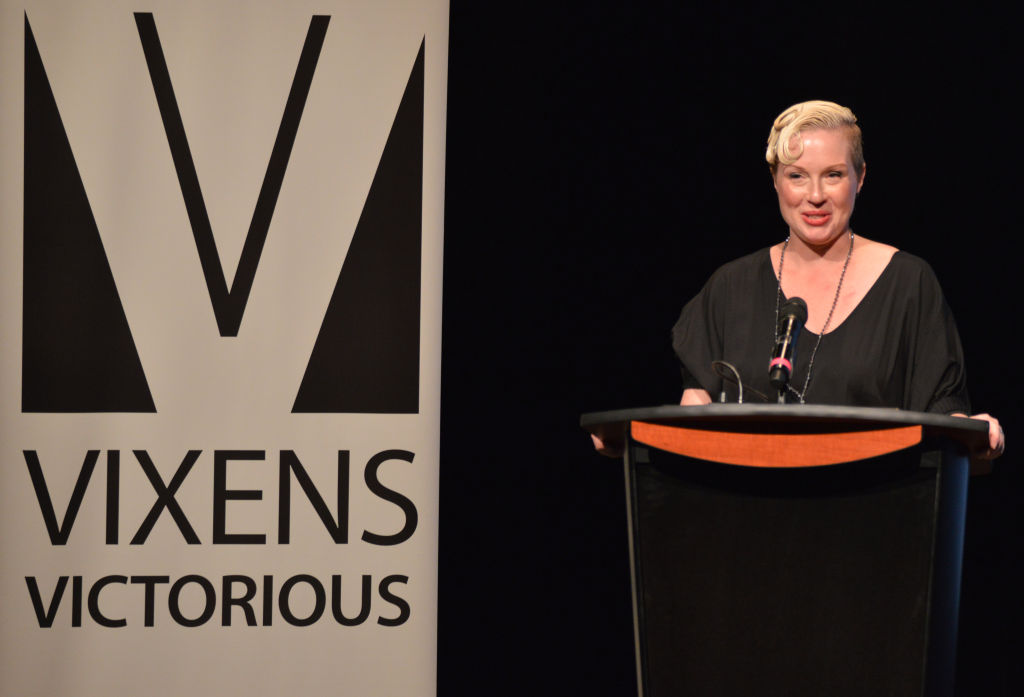 She made spreadsheets to plan out who, among her friends and family, would take her to and from chemotherapy.

And Jennifer Mielke considers herself one of the lucky ones.

It wasn’t just her inner circle that supported Mielke during her time with cancer. The Ottawa Regional Cancer Foundation, a non-governmental organization that funds research and clinical trials to combat cancer, provided Mielke with “cancer coaching,” to help make the process of dealing with her disease easier.

So this past January, Mielke and childhood friend Jennifer Mulligan, decided to start a volunteer organization under the name Vixens Victorious to give back to the ORCF.

Lights! Camera! Cure! – a film festival that took place in the Algonquin Commons Theatre on Oct. 21 – was the result of their efforts.

Before the films started and during intermission the Commons looked more like a social gathering than a film festival. Attendees chatted and sipped wine between looking through items available for auction, which included an antique washstand, a bottle of sparkling wine that came with a wine workshop and tickets to an Ottawa Senators game.

Servers flitted through the crowd carrying platters of bruschetta or meatballs, and bags of fresh popcorn were made up by the dozens.

Over 300 films were submitted for consideration to be included in the festival. Morgana McKenzie, a local 16-year-old, produced one of the 16 short films by women chosen.

The films varied wildly in tone and subject matter, but most were connected loosely by the question of how we deal with moving on after loss. McKenzie’s piece, a music video titled We All Go The Same, is a darkly comic look at the death of mythical creatures.

McKenzie knew Mulligan through friends in the Ottawa film scene, and Mulligan encouraged her to submit one of her films.

Mulligan is a filmmaker in her own right. She has previously been involved in Digi60, a festival for Ottawan filmmakers.

Mulligan spoke to the audience at the Theatre before the films began.

“When I first made up this idea for a film festival to raise funds for the cancer organization, it was because my mum passed away from complications due to pancreatic cancer in 2013,” she said.

“And my friend Jennifer Mielke had been diagnosed and was undergoing treatments for breast cancer. I also lost my dad in 1996 due to complications from another type of cancer.”

In an interview with the Times, Mielke talked about feeling scared to tell Mulligan about her diagnosis.

“We’ve gone from a situation where we had treatments that were really not that effective,” he said in a speech, “To now where we see people, even with advanced disease, leaving the clinic with cures.”