Your eyelids are becoming heavy 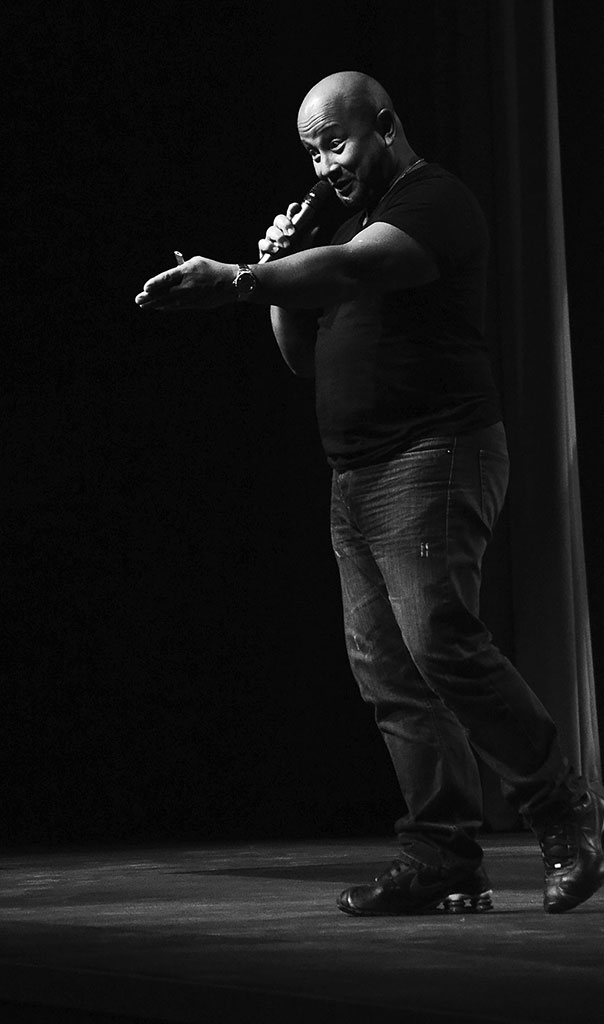 Seats were filled in the Algonquin Commons Theatre with people ready to be hypnotized or watch as others fell under Lee’s spell.

“Algonquin was one of the first colleges to bring me in and this is going back to the early 1990s,” said Lee.

The moment Lee appeared on stage, the cheering from the audience immediately drowned out the music that was playing in the background. After he started talking, the only noise came from laughter, cheering, and shouts from some rowdy audience members.

“Hypnosis is about the power of suggestion,” said Lee. “All hypnosis is self-hypnosis. I just help people on their way into their subconscious mind.”

With the start of his act, Lee made sure the audience understood that just because they were not on the stage didn’t mean they would be safe from his hypnosis. He promised that if he found out that someone in the audience fell under his hypnotic spell that he would be more than willing to bring them up on the stage.

Culinary management student Stephen Whelpdale, 18, who was more interested in watching his ex-girlfriend than going on stage, came out of the event surprised after snapping out of the hypnosis and being ushered off the stage shortly after his ex.

“I was just laughing one minute and then I’m back and the show is pretty much over,” said Whelpdale.

“It’s a challenge with Tony. He’s been to Algonquin so many times and we have to try and keep it fresh each time. We don’t want returning audiences to have to see the same thing,” said events programmer Bill Kitchen.

“It was pretty good,” said Virji, “I really liked it but a lot of what Tony did was the same as last time.”

There was no nudity at Lee’s show, partial or otherwise, but a sweater or two and a belt did come off to help with the mood during lap dances for some lucky, or unlucky, gentlemen in the audience.

To end the show, Lee used his hypnotism and allowed the participants left on stage to remember their experience but only once they left the building. Once outside, the expression of shock was evident Whelpdale’s face.

“I would definitely try to get hypnotized again,” said child and youth worker student and ex-girlfriend of Whelpdale, LaNeika Lodge, 18.