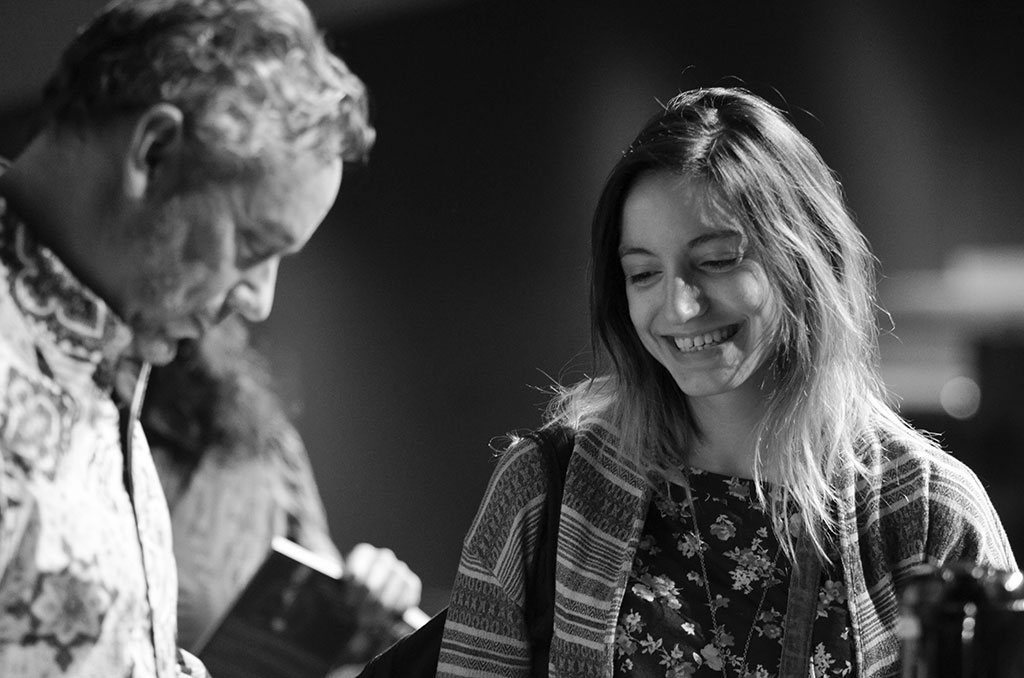 The Commons theatre is filled with anxious students, waiting to get a glimpse of the Dragon.

He strolls onto the stage with bright eyes, a wide smile and a flashy dress shirt. The crowd applauds – it’s not every day a billionaire comes to address Algonquin’s student body.

For W. Brett Wilson, a successful Canadian entrepreneur and former panelist on CBC’s popular show Dragon’s Den, speaking in front of hundreds of people has become normal, even “comfortable.”

He arrived at the college on Jan. 30 to speak candidly with the students about his life experiences, accomplishments and mistakes.

The hour-long presentation was focused around his best-selling book Redefining Success: Still Making Mistakes and emphasized the importance of relationships and health taking priority over money. Wilson also highlighted the three subjects he believes all students should study for success: marketing, entrepreneurship and philanthropy.  Everyone in the theatre received a copy of his book along with their ticket.

Wilson’s voice was soft and milky as he walked back and forth on the stage, navigating the audience through his journey of fortune and failure. Though he became an extremely wealthy and respected businessman over the years, he admitted to neglecting all other
aspects of his life in the process. It took a wake-up call with his daughter, when she tearfully told him he was never home, and the discovery of cancer to ultimately change the course of his perspective.

“Cancer may have saved my life,” said Wilson, pausing. “No – it DID save my life.”

After his diagnosis, Wilson said he felt like he was given a second chance at being present in his children’s lives.

“The clients left me alone, my partners left me alone… and that gave me the time that I needed to then focus on building relationships with my children – and, quite frankly, getting my health back,” he said, “A powerful journey that at times I’m not proud of, but am quite happy with the conclusion.”

Although his presence at the college was impressive, this was not Wilson’s first interaction with Algonquin. The students in the general arts and sciences: introduction to music industry arts program have been skyping with him for almost three years. His appearance was an initiative taken on behalf of the program’s coordinators, Lou Di-Millo and Sherryl Fraser, as well as professor Michael Wood.

It was Wilson who originally suggested he come address the students at the college. The music program, known for its high-profile
contacts, received his offer with open arms.

“We got an email from (Wilson), and he was asking if maybe this year, instead of Skyping, he could come to Algonquin College,” said Wood. “You can imagine the scramble of ‘YES, YES, YES.’”

Wilson reached out to several colleges and universities across Canada, and was impressed with Algonquin’s quick coordination and
thorough organization.

“Algonquin has gone above and beyond what I asked in terms of promotion,” said Wilson, taking a moment backstage.

“You guys got organized so quickly and gathering you all together is very much appreciated.”

Students had the option of waiting in line afterwards to get their copy of his book signed. The line-up curled around the theatre, up the stairs and onto the stage where Wilson stood waiting for each student at a draped table.

“It was really touching when he talked about his personal experiences,” said Nathalie Bergeron, an advertising and marketing student waiting in line with her class. “It goes to show, you truly need balance in life.”

“I thought (his talk) was fantastic,
informative… and tugged at the heart strings a little bit,” said Graham Hart, a bachelor of hospitality and management student with plans to launch his own business this summer. “I really liked the three steps for success that he talked about – it goes well with what the college is offering.”

Ken MacLeod, theatre operations
manager, acknowledged the importance of hosting events like this.

“It allows students the opportunity to have access to individuals they otherwise wouldn’t,” he said. “The student experience at Algonquin
exists beyond the classroom – it’s about
education and entertainment, and sometimes those can exist at the same event.”

Wilson was forthcoming when it came to answering the audience’s questions. He encouraged students to ask anything that came to mind, regardless if it challenged him.

“I really welcome the questions,” he said. “The deeper they go, the tougher they are – there’s no topic off limits. That’s the value of the conversation, it’s not superficial.”