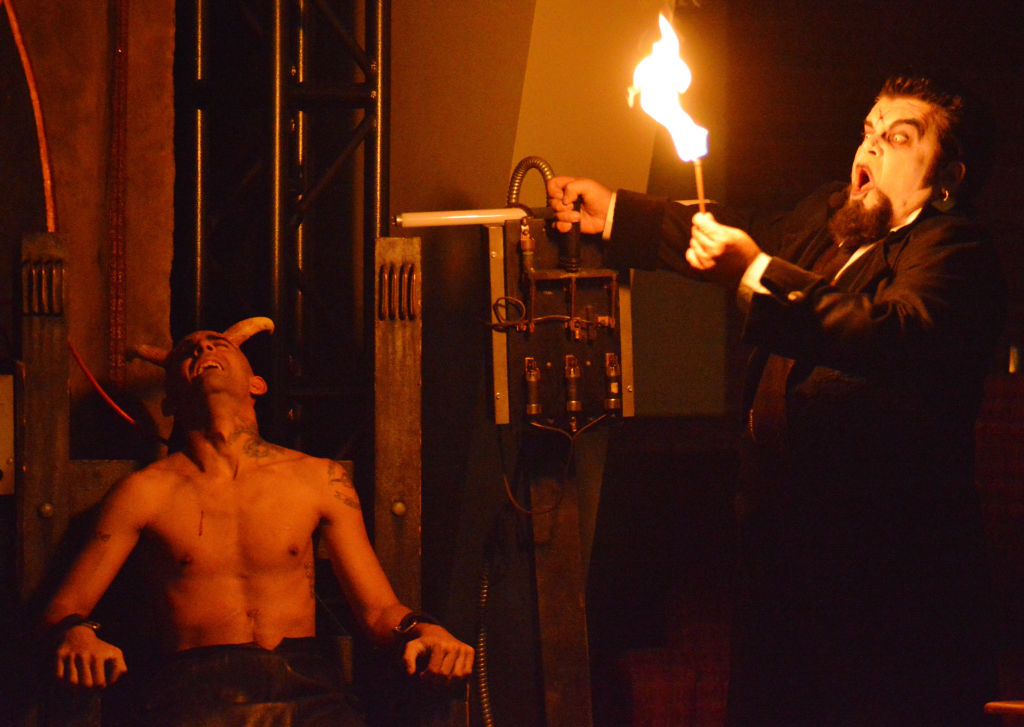 Scott McClelland’s grandfather was an impaler, and his grandmother was in the sword-swallowing hall of fame.

He himself was raised surrounded by circus culture. So it’s no surprise that McClelland went on to craft Carnival Diablo, which played The Observatory on Oct. 14.

The show, now in its 24th year, follows the format of a classic circus sideshow, where bizarre feats, like worm-eating, glass walking and impalement are displayed for the public’s enjoyment.

McClelland, who plays Nikolai Diablo, appreciates the theatrical aspect of his show, which differs from other sideshow groups in the past.

“We brought the theatre back to sideshow,” he said, remarking on how performers in the 90s would come onstage in jeans and perform their feats. “We’re not just performing sideshow feats, we are actually doing a bit of a play.”

Carnival Diablo is currently the only circus sideshow in Canada, with six in the U.S. and five in Europe.

Jessica Huether, who plays Ophelia, says the shows classic structure is what keeps it going.

“(The industry’s) always trying to push the envelope, and really, how much further could you push it?” she said. “Today’s entertainment is so disposable. We stick to more classic acts because it’s not something you can see everywhere.”

“What we do here is timeless. You can’t peg us with a certain fad, because we’ve never been a fad, and that’s the beauty of what we’re doing,” said McClelland.

The mystery and chaos factor is also a huge appeal of the show.

“The electricity and the feeling of watching it, knowing that anything could happen. I love the mystery of the whole thing,” said Echo Service, a first-year pre-animation student.

Huether appreciates when the audience connects with the show’s eccentric nature.

“I think everyone’s a little weird,” said Huether. “I like hearing that people are able to celebrate that.”

McClelland extends that notion to a broader environment.

“We live in a world of chaos,” he said. “We like to have our audience embrace it with us, because you can’t get away from it in the end. It’s kind of like death that way.