Chekhov one of three productions 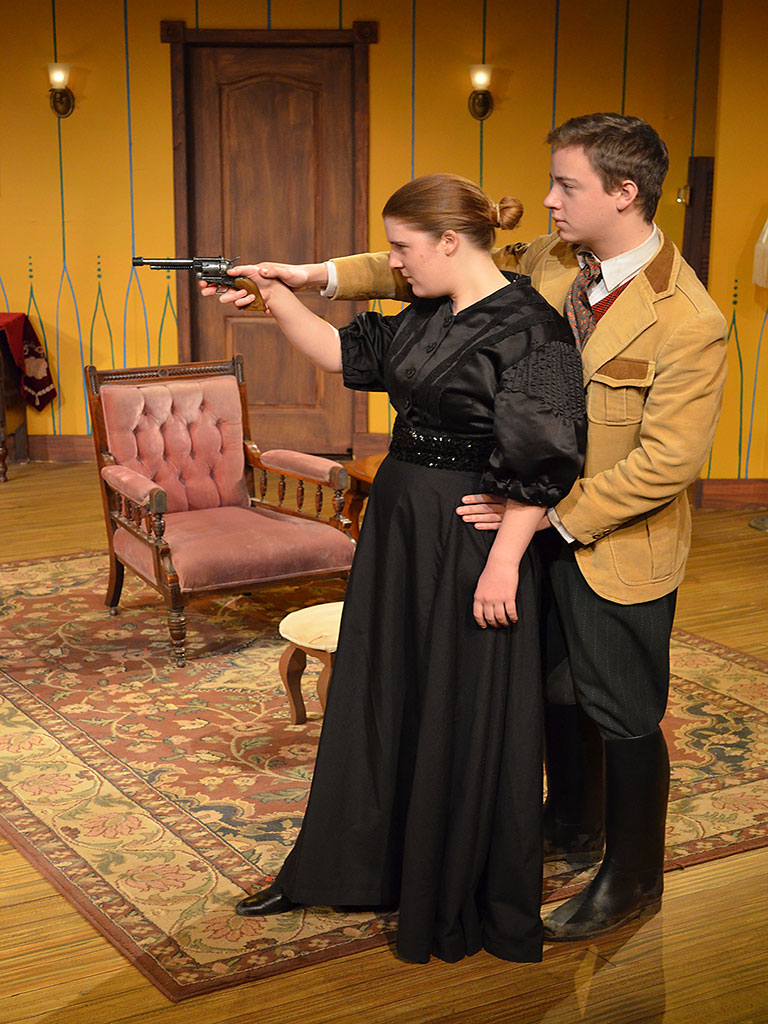 Audience members were treated to countless swoons and laughs daily from March 20 to the 24 at the school’s production of 33 Swoons: 3 Shorts by Chekhov.

Students and staff of Algonquin’s performing arts department managed, directed and performed the three one-act comedies by Chekhov as one of three productions this spring. Each short, lasting between 20 and 25 minutes, involved humorous confrontations between the characters which lead to fainting spells, heart palpitations and mellow-dramatic collapses.

“They’re very, very funny, very witty,” said director Mary Ellis.  “But with kind of a political overtone because Chekhov is really satirizing marriage, love, wealth, all kinds of things like that.”

The first short, The Proposal, saw a man earn approval from his neighbor for his daughter’s hand in marriage, only for the arrangement to fall apart as arguments over land broke out between the three parties. The second short, The Bear, involved a confrontation between a widow and a man owed money by her late husband. Counter to The Proposal, a heated argument concluded with the two falling in love. Finally, The Jubilee took place at a bank on its 15year anniversary and illustrated how unwanted guests can spoil a celebration.

The production, which yielded equal parts swoons and laughter, may have been a surprise to some who are familiar with Chekhov’s works.

“Some people have the idea that all Chekhov wrote was very dark and serious stuff,” said Ellis.  “And this is completely different from anything else Chekhov wrote.”

Scheduling conflicts meant that the cast and crew had less time than they normally would to prepare for opening night, but they seemed unphased during the performance, delivering their lines with confidence and accuracy.

Of the five actors playing a total of 12 roles there were even several appearances by a first-year student. Usually, the department’s spring productions performed exclusively by second-year students, but this year Jeremy Piamonte, 19, was invited to take on a small role in an exception to the rule.

“I’m very grateful that I’m in the production,” said Piamonte. “I was very honoured when I was approached by Teri and later by Mary about joining the show.”

If controlling their nerves was a problem for any of the cast, it wasn’t apparent on opening night, unless one or two of the show’s swoons was unscripted. In which case, expert improvisation made it into the production as well.